With the threat of freezing rain and sleet accumulations almost completely over, NWS Birmingham has allowed the Winter Weather Advisory along with the Ice and Winter Storm Warnings to be canceled or expire. A Hard Freeze Warning goes into effect for all of Central Alabama later tonight. 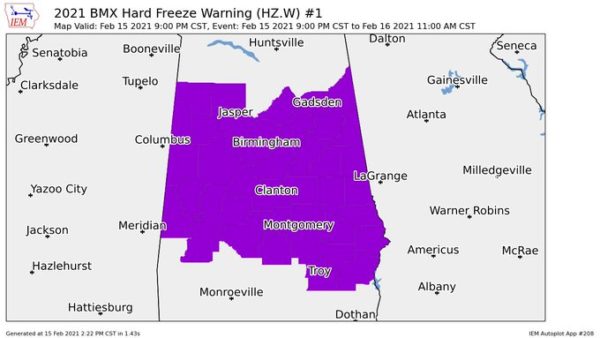 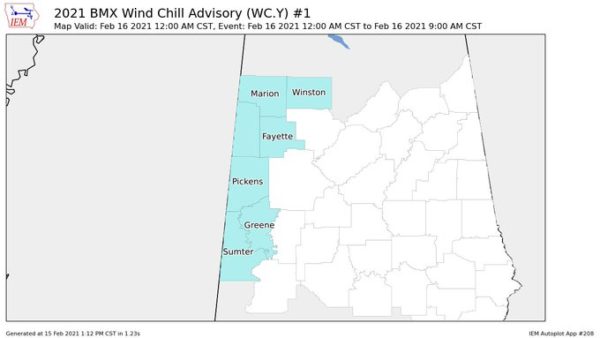 A Wind Chill Advisory goes into effect at 12:00 am Tuesday for Fayette, Greene, Lamar, Marion, Pickens, Sumter, and Winston counties until 9:00 am Tuesday morning. 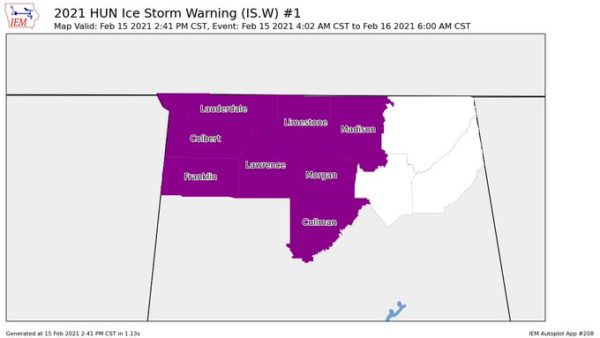 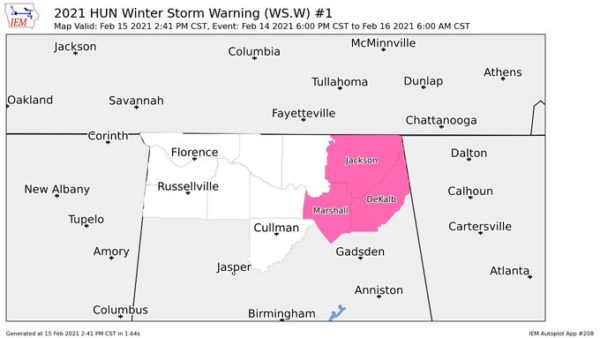