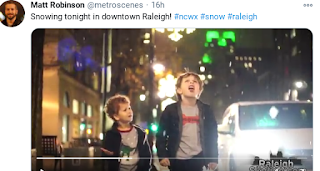 Yes, it snowed in Raleigh.

Very briefly, but long enough for a taste.

Literally … catching snowflakes on their tongues. 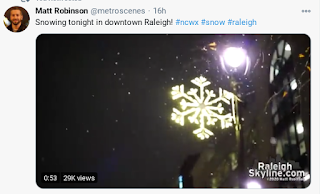 He is great to follow, his work is excellent.

I was over the top yesterday watching snow falling.

…a taste of things to come.

Everyone’s talking about winter and snow, it’s the hottest topic on Weather Twitter now that those  monoliths stopped popping up. Mike has his very tropical site turned over to a site filled with Weather Links and of course Spaghetti Models. He’s been known to hit the road and drive up to where the snow is falling and if you want to know where it might fall … follow Mike! 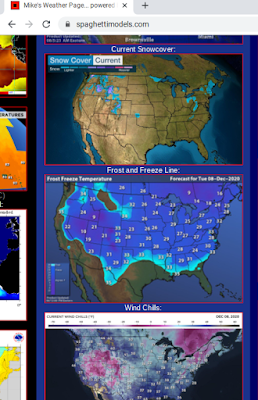 A close up look below at Wind Chills. 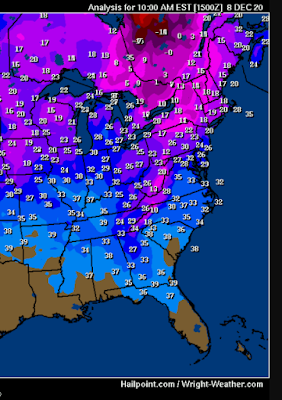 Drudge is a big weather person.

He has good links on his weather link (bottom right)

Wright Weather above is a favorite site.

In the 20s in the mountains of Alabama.

Did you know Alabama had mountains?

West of the Mississippi it’s cold. 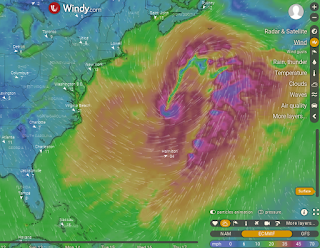 Bringing winter down into the Deep South.

You can see snow on the coast as it departs on Windy.com 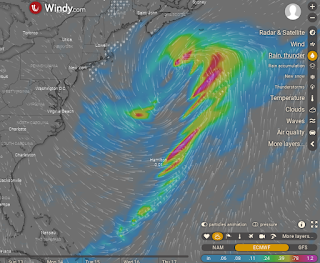 Use them! Check out their “new snow” filter…

Snow actually on the ground vs flakes falling and melting.

Honestly, this is where it all gets funky model wise as we move deeper into December and models differ vastly in the next week’s forecast in the 6 to 7 day period and on the ten day they aren’t on the same page. Meteorologists spend inordinately huge amounts of time debating how cold we will be, how warm we might be and where it will snow and when based on a wide array of different factors. Basically despite all the talk online and the analog years we really aren’t sure and only time will tell what the winter of 2020 and 2021 will really be like as we zoom zoom zoom right through the 2020s. 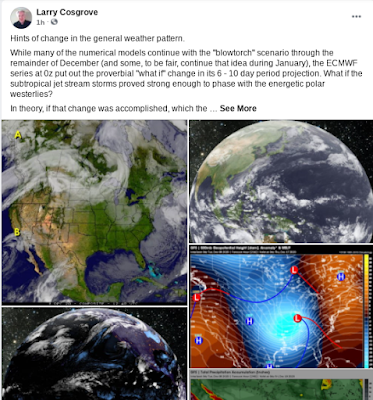 He said “phase” and “polar westerlies” together.

Check him out on social media.

Everyone, including Larry, knows I’m a huge fan of Larry Cosgrove who I became friends with on MySpace (in ways more fun than Facebook) and he’s a true treasure for his wealth of meteorological knowledge, geographic expertise and musically he is always on the money. I remember he said some possible storm system would “Bomb out” and people disagreed and said “no way” because “the models” and it bombed out so much it had it actually had it’s own weather graphics on TV and crazy nicknames that I can’t remember specifically but it became one of those huge storms that slammed the East Coast and he was the lone voice that followed his own vast knowledge of patterns and experience and well I’ve been hooked on him as much as he is hooked on Panhandle Hookers… it’s a weather term.

And if you look at the models on Windy.com.

You will see how not aligned they are down the road. 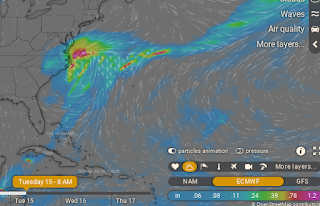 Above is the EURO for next Tuesday.

A week from now.

A strong system off the coast.

The GFS below for the same day sees nothing. 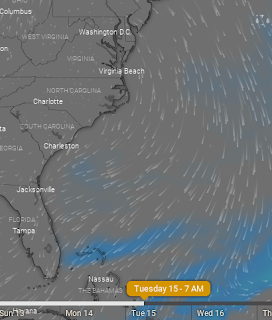 How can we really know what this winter will hold?

I’m taking weather one day at a time.

We are in the process of change.

And wherever we are we can enjoy the Season.