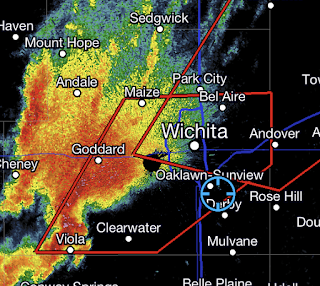 Today, the Washington Post published an article pertaining to a number of serious gaps in weather radar coverage across the United States. I have spent considerable time on this topic and I thought it might be helpful to place the locations of the gaps and, as I see it, the priority for filling them. 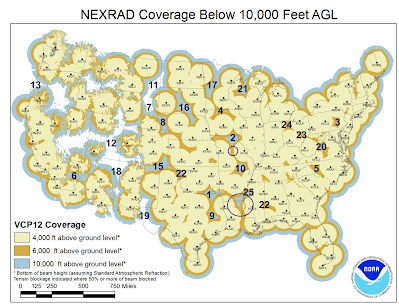 The two thin circles represent the range of two non-federal radars. The numbers represent the location of gaps and the priority for filling them. I take into consideration,

To save money, the gap-fillers can be the far less expensive C-band radars rather than S-band like the primary network radars depicted by yellow on the map.

Beyond the necessity of these radars for storm warnings, the radars can also sense the winds aloft which is a valuable contribution to more precise weather forecasting, especially in an era of mesoscale modeling. Assuming the land for radar towers can be donated (e.g., state park, large municipal parking lot, etc.), the acquisition and installation of the radars can be for $25 million or less (but Congress will have to appropriate additional, ongoing, funds for maintenance). That’s a bargain as federal expenditures go.

There are many small areas with less than ideal radar coverage (e.g., the two in Kansas, see map). These could be handled by very inexpensive X-band radars which can go on top of buildings or even cell towers. Several counties could band together for the purchase then donate the radar to the NWS.