I have gotten quite a few emails asking about a strange radar echo off the Washington Coast, including a few claiming a secret military operation and one suggesting an alien presence.

Here is an example, showing the Langley Hill radar on March 15th at 0503 UTC (10:03 PM March 14th PDT).  The is one of the lowest scan angles:  0.5 degrees.  Radars are tilted at various angles in the vertical and scan around in direction (azimuth).

You see the echo off of Hoquiam?  That is what I am talking about…and here is an expanded version 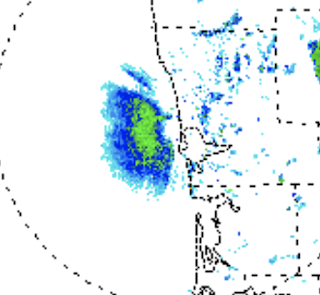 Two hours later…still there.  Very strange.  A meteorological feature would not do that. 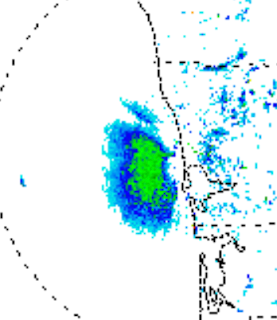 When the radar is scanned at a higher angle (1.3 degrees), the echo goes away.  Bizarre!

But at the lowest possible scan angle  (.176 degrees), the echo gets stronger!

Pesky aliens again or more secret flights from Whidbey?   I wish, it was so exotic.

In reality, the radar beam is hitting the ocean and reflecting/scattering back to the radar antenna.

When the radar signal leaves the radar, it moves out as a cone that widens with distance.  The Langley Hill radar near Hoquiam and all National Weather Service radar beams have a width of 1 degree, which means most  (but not all) of the energy stays in a 1-degree cone.  And note that the cone widens away from the radar. 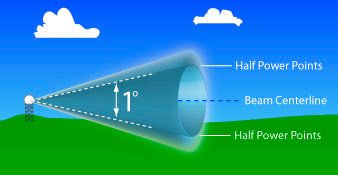 The Langley Hill, like all NWS radars, scans at various angles as it circles around in what is called a scan strategy (see example below).    Note how the beams widen and reach higher elevations away from the radar.

All NWS radars but one have their lowest angle at 0.5 degrees above the horizontal.   The ONLY radar allowed to go lower is OURS at Langley Hill…and you can thank U.S. Senator Maria Cantwell for that. 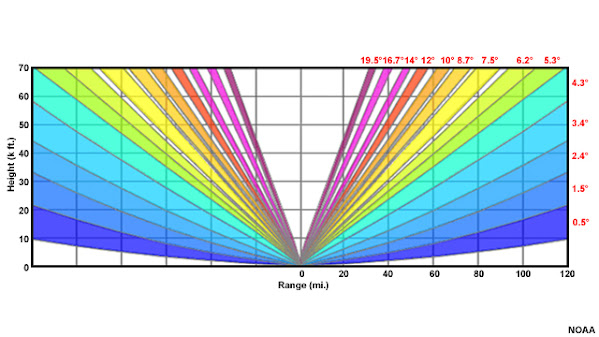 So why is the echo offshore of Hoquiam?

Answer: The lowest bean from the Langley Hill radar is hitting the Pacific Ocean and reflecting back to the radar.  That is why the echo is stronger fore for the lowest beam and goes away when the bean is elevated.

And there is a fun way to prove this is not a real meteorological target.  Langley Hill is a Doppler radar that provides the speed of the echo towards or away from the radar.   Below is the Doppler velocities at the same time as the first image above.  No velocity towards or away from the radar (light gray color)!  Most meteorological targets are moving because of the wind. 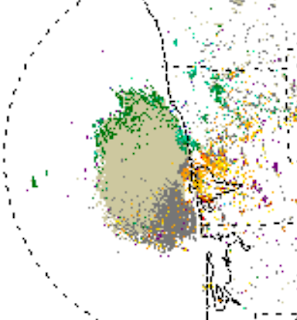 I will try to have an open mind about other explanations. 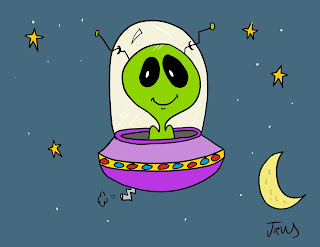