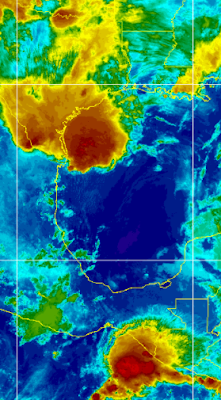 So just to look at the satellite and radar images off the coast of Texas it would be easy to be concerned that something might develop there if that convection lingers over warm water. That is true, but currently shear is strong across the region and an area to the South of it in the EPAC has higher chances of forming. Add in the Saharan Dust as if you put too much pepper in the soup and you’ll know that no one is going to drink the soup. 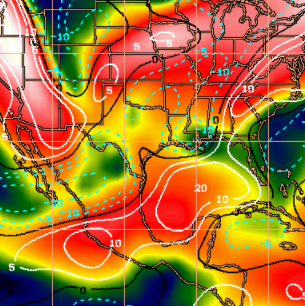 On the shear map above red means “no” and that shear is only increasing. If you saw a greenish blue area with broken lines there vs reds and oranges then shear lessening and it would be more favorable for development. Below you see the Saharan Dust that has made it’s way into the Caribbean and is cloaking parts of the SE and Gulf of Mexico. 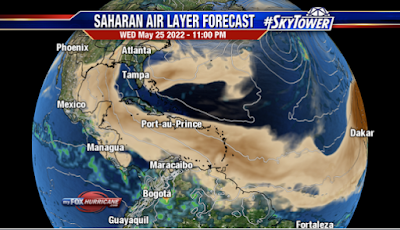 Flow around the huge high keeps propelling the SAL seen above. 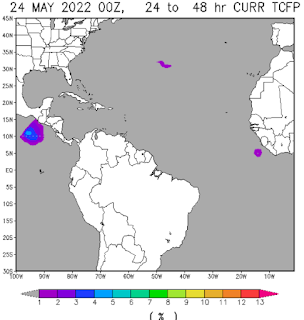 Add in the fact that the EPAC has a huge blue/purple blob on the map above and as you can see from the pervious image there is consistent convection in an area that is favorable and aligned with CLIMO as their hurricane season began on May 15th and usually they fire off tropical development before we do. When something forms there in the EPAC it creates shear and further inhibits development in the GOM and Caribbean. On some rare occasions a storm in the EPAC can cross the narror region part of Mexico and end up in the BOC or even the Caribbean but that’s a long shot but one worth remembering as it has happened in the past.  Extra Credit points today to the small purple dot in the middle of the Atlantic. 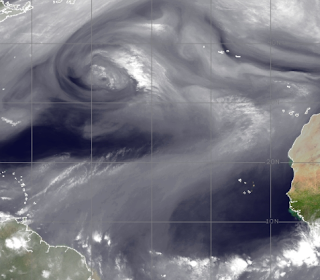 Low as it goes but its there.

One thing to understand regarding weather is it’s a lot like life. My father told me once that you don’t always marry the person who would have been best partner for you, but you marry the person who comes along when you are ready to get married. I’m not 100% convinced on that, though I do see his logic but that applies to weather and especially tropical weather. Incredible, kickass, OMG tropical waves can come off of Africa in late May and more often in June yet it is too soon and Dusty SAL eats them up and spits them out. Then later in the season when it’s more favorable, mediocre waves come off that are not as pretty or exciting yet CLIMO kicks in and they develop and struggle their way across the Atlantic attaining a name and fame. 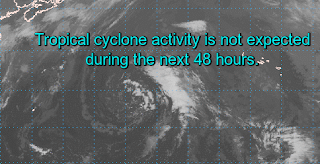 You may wonder why I am showing you why the suspect area in the Gulf of Mexico is not expected to develop,  rather than show you what will form and that is because currently nothing is expected to form and it’s important to understand what inhibits development. Because, when those conditions are absent development will occur. You have to know when to hold them and when to fold them, you also need to know how to prepare for Hurricane Season…

That said……..if you ever played Miniature Golf you will know that if you want to get the ball through the turning windmill you have to learn to time it perfectly or it shoots your ball off the course and you have to go looking in the bushes for it! When SAL wanes a bit and it does as explostions of SAL come off of Africa in bursts that pulse, they undulate and then they shrink down a bit until the next huge explosion of SAL comes off the coast again and it presents short term opportunities. Kind of like Day Trading vs buying stocks you expect to make money in the long term. Shear weakens just enough and over warm water you can get a spin up and a brief period where the elements can come together in June despite it being generally too soon (re CLIMO) and something close in, homegrown develops or a nice looking tropical wave gets a chance to cause damage down the line…………if conditions are right for a few days. Sometimes Subtropicsl Storms form in the Atlantic. They are usually forgotten once the long range cruising waves develop and become long trackers and make landfall somewhere on our shores.

It’s all in the timing!!

Regarding weather and the Carolinas…………… 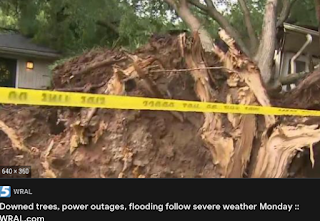 Huge trees crashed down on homes.

I watched small branches fly in the wind tho…

I was offline yesterday dealing with local severe weather. The sky was dark, the storms moved in and either straight line winds or a small tornado caused damage in the general Raleigh Triangle area. I saw sheets of rain that looked quite tropical, yet the wind was only when it rained. It rained heavy, flooded certain areas that are prone to flooding and huge oak trees crashed down on homes, trapping people inside. Over 10,000 homes lost power, mine flickered but held. This has been a pattern, almost every Monday there have been crazy storms and then once or twice during the week. The current strom track has propelled everything this way and generally that’s good as we need rain but not when oak trees crash down on homes. It’s been wet.

I’ll add the SC/NC border near Spartanburg and Johnston County …that region has been plagued by wild weather for weeks and it’s making me wonder what else will come … come Hurricane Season. Briefly, during the storm yesterday I saw the wind change directions (in sheets) of rain and watched small limbs fly off of the nearby Oak Tree, definite rotation close to the ground and a bit up the road from me later was a Tornado Warning.

Stay alert, keep preparing for hurricane season. Yesterday while moving things around the house a bit doing some redecorating I put together all the good batteries and removing the ones that are old. I corralled some of the candles in pretty glasses into one area so I’ll know where they are in case we need them. Also, our lights were flickering so it reminded me to check into the batteries for the hurricane season.

I’ll update if the NHC puts up a random yellow circle today somewhere unexpectedly, but they said not to expect it so keep that in mind.