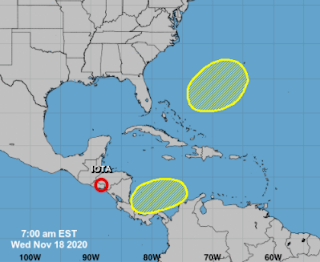 Iota is moving on into the Pacific as two areas are being monitored in the Atlantic by the NHC. Both areas have a 20% chance of forming and well that is so 2020 right? Right. Hurricane Season ends on November 30th for a reason but on occasion tropical systems form in December so this is within the realm of normal but kind of normal on steroids. Starting with the one closest to Iota and land I’d say it’s worth understanding nothing huge is expected to form here, however any kind of tropical event on top of 2 serious hurricane hits where people are homeless and search and rescues are probably going on adds a layer of misery to the pain inflicted by Eta and Iota. Also, it’s worth nothing that while we all obsessed on the coast of Central America most of us forgot to talk on how Iota that was impacting a part of Columbia. Yes I said Columbia as the island of Providencia is part of Columbia, but more on that later.

It’s worth noting currently the EPAC part of the NHC doesn’t have a yellow circle for further development from Iota in the Pacific, though this whole season has been a moving target so it’s possible they will put one up later today. Time will tell but for now 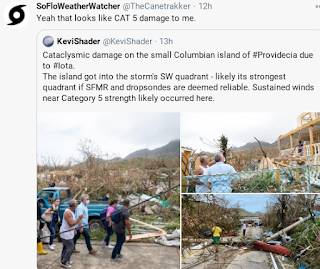 This is actually an interesting geography lesson. 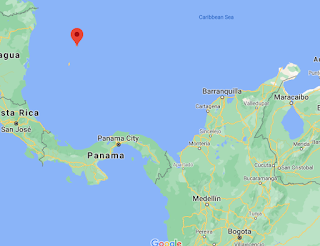 The red marker is the Providencia.

It’s an Island off of Central America….

That raises the question everyone is asking.

And there’s the answer.

As for the area in the Atlantic, we will see what will happen with that but with cold fronts coming one after another it’s pretty sure the East Coast isn’t expecting anything more than more cold weather interspersed with bouts of warm ups and then more frosty weather on the way as we slide into December. 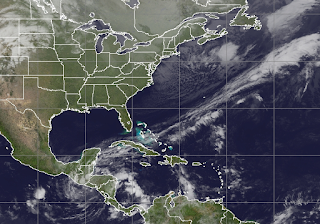 See the front draped across the Tropical Atlantic?

Cold weather clouds to the North.

Iota is a faint cloud swirl entering the Pacific.

Even Miami got some today and it’s more temperate.

“Winter” for Miami is on the way. 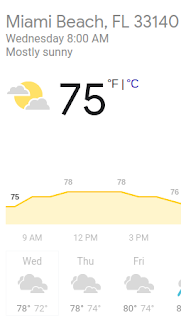 In the world of weather history here’s an interesting fact. 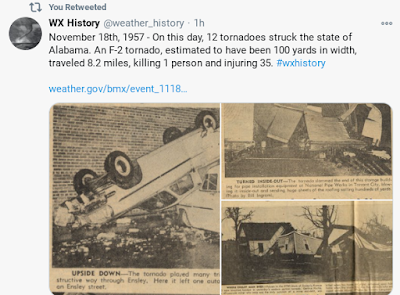 That’s it for today or at least for now.

My daughter in Airmont NY has ice in her driveway.

I may have frost in Raleigh tonight.

Weather is on the move…

Get ready for a wild winter.

What kind exactly … I’m not sure.

But pretty sure lots of extremes.