RADAR CHECK: Scattered showers and storms are moving eastward across Alabama this afternoon. Nothing severe, but a few spots are seeing heavy rain and some lightning. Otherwise, we have more clouds than sun with temperatures generally in the mid 80s. Showers will remain possible tonight in the soupy air over Alabama. 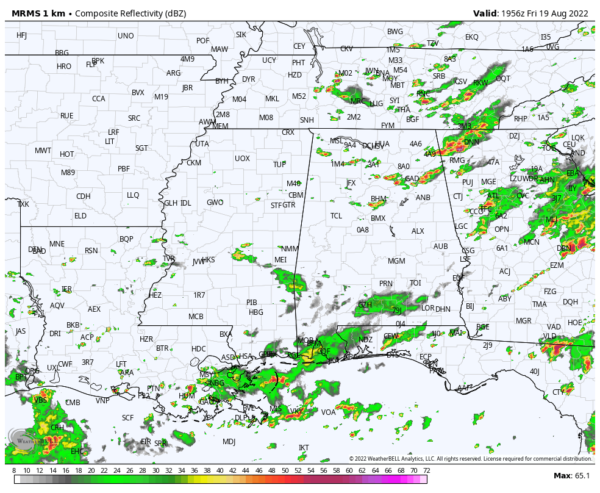 For the weekend, the sky will be mostly cloudy tomorrow and Sunday with occasional showers and a few thunderstorms likely. The weekend won’t be a total wash-out, and it won’t rain everywhere each day, but any one spots stands a 70-80 percent chance of seeing some rain over the two day period. Temperatures will remain below average with highs in the 80-85 degree range.

NEXT WEEK: Rain chances will stay elevated Monday and Tuesday with scattered to numerous showers and thunderstorms both days, but we are seeing evidence the air could be a little drier Wednesday through Friday with showers becoming fewer in number. Highs will likely stay below 90 through the week… See the daily Weather Briefing video for maps, graphics, and more details. 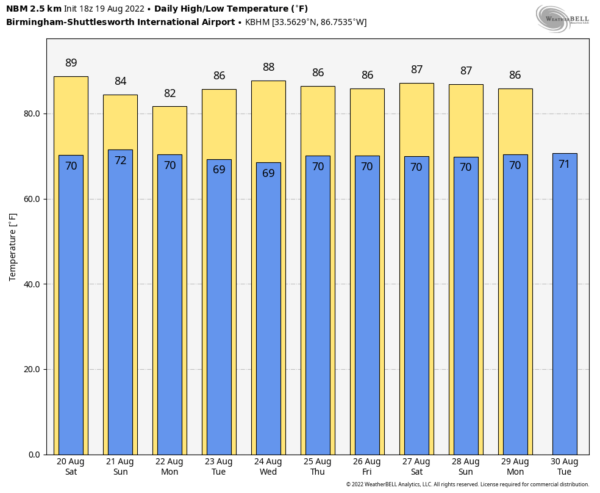 TROPICS: Satellite imagery indicates that showers and thunderstorms associated with the broad low pressure area (Invest 99L) over the southwestern Gulf of Mexico and the Bay of Campeche continue to become better organized. Environmental conditions appear favorable for additional development, and a tropical depression could form later today, tonight, or tomorrow while the system moves northwestward across the southwestern and western Gulf of Mexico. However, by tomorrow night, the system is expected to move inland over northeastern Mexico, which will end its chances of development. An Air Force Reserve Hurricane Hunter aircraft is currently enroute to investigate the system. Interests along the northeastern coast of Mexico and the lower Texas coast should monitor the progress of this system.

One way or another, the main impact will be heavy rain. The rest of the Atlantic basin remains very quiet. 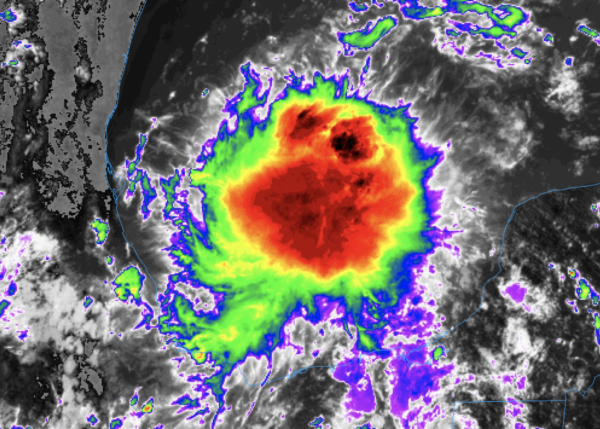 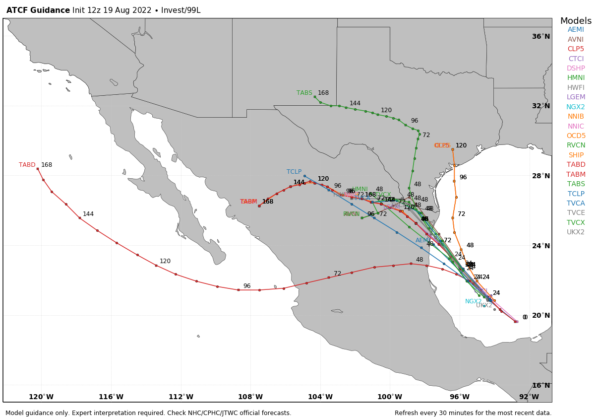 FOOTBALL: For the high school games tonight, a few random showers and storms will be around in scattered spots, mainly during the first half of the games. Otherwise, the sky will be mostly cloudy with temperatures falling from near 80 at kickoff, into the upper 70s during the second half.

ON THIS DATE IN 1955: the remnants of Hurricane Diane continued to drop phenomenal amounts of rain on parts of the eastern U.S., leading to deadly and catastrophic flooding. In Pennsylvania, floods left thousands homeless. The flooded Brodhead Creek killed 37 people at a camp; tragically, most of them were children.

ON THIS DATE IN 1969: After blasting the Gulf Coast, the remnants of Hurricane Camille unleashed a monstrous cloudburst over Virginia on Aug. 19, which brought massive flooding and mudslides that killed more than 150 people. Some estimates pegged the rainfall at 31 inches.