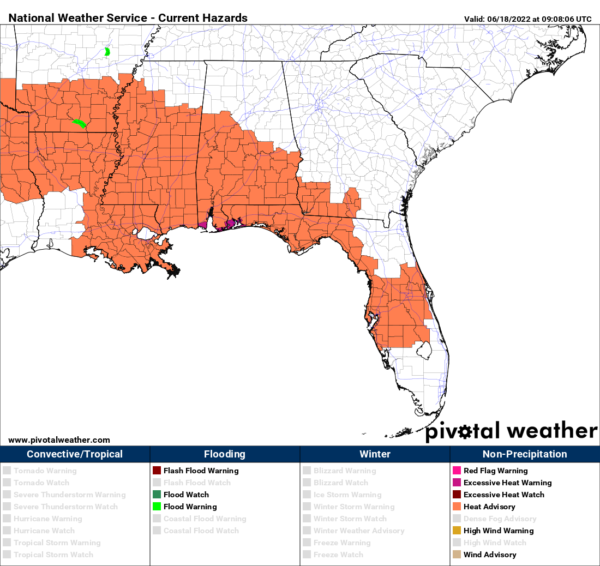 Today will be another hot day, but for the northern half of the area, it may not feel as bad as drier air continues to move in from the north. However, higher humidity levels hang around over the southern half of the area and a heat advisory is in effect for those counties. A few isolated storms will be possible for locations along and south of the I-85 and US-80 corridors, some of which may produce some gusty winds and hail; otherwise, skies will be mostly sunny. Highs will be in the mid to upper 90s across the area.

Sunday will be a little cooler and less humid as that drier air moves deeper into the area. Skies will be sunny and highs will be in the upper 80s to the mid 90s.

The dome of heat will begin to settle over the southeast once again on Monday that will increase our afternoon highs, but humidity values will remain lower. Skies will be sunny with highs in the lower to mid 90s.

Tuesday will be even hotter as the heat dome strengthens. Skies will be sunny with highs reaching the mid to upper 90s with a few locations potentially hitting 100 degrees.

We’ll go hotter on Wednesday with sunny skies. Highs in the upper 90s to roughly around 103 degrees.

No heat relief on Thursday… skies remain sunny, with highs in the upper 90s to roughly around 102 degrees.

We may see a small chance for a few isolated showers start to creep into the forecast for the northern parts of the area on Friday, but nearly everyone will stay dry and hot at this point. Highs in the upper 90s to roughly around 102 degrees. 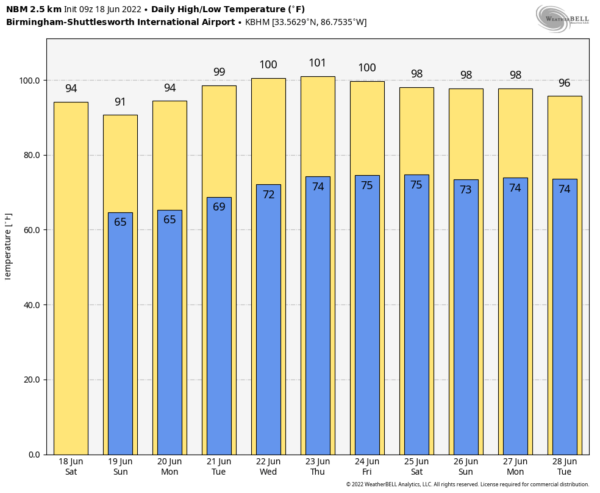 The National Blend of Models continue to show that there will be no relief from the heat through the end of the forecast period on June 28th. Highs remain above the mid 90s, with lows hovering around the mid 70s. 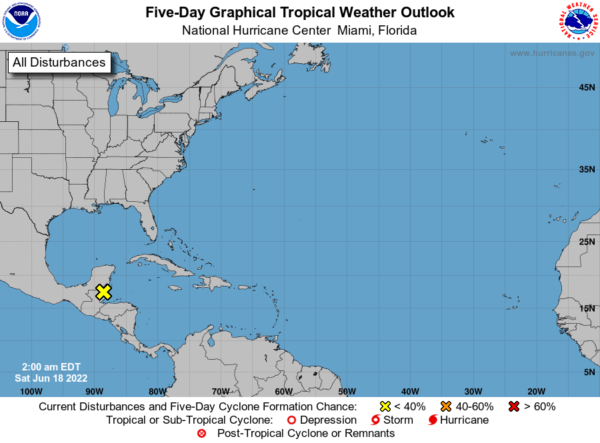 In the tropics, not much is going on at this point. We have a low moving over portions of Northern Central America that will bring rain to that area, but tropical development is not expected.