This is the story of last night’s life-saving tornado 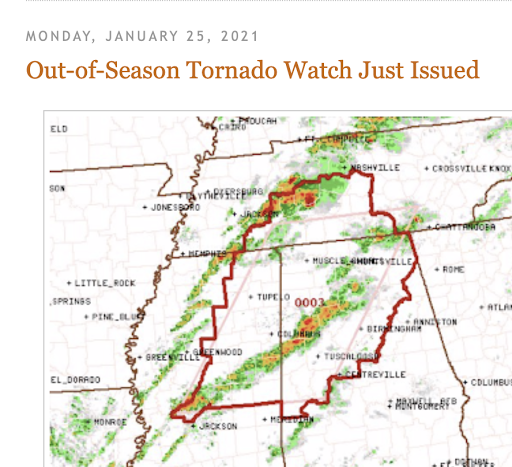 If you scroll down a bit, you’ll see posted the tornado watch that included the Birmingham metro area. The purpose of a tornado watch is to let you know that you should be monitoring the weather for a possible tornado warning (the signal to take cover) if/when thunderstorms approach your location.

The watch also signaled it was time for emergency managers (one of whom tweeted she was on her way home for the day but was turning the car around and headed back into work), hospitals and others to put their advance plans into effect.

Thanks to the National Weather Service’s wise investment in Doppler radar which allows us to see the wind patterns inside thunderstorms, we could see the swirling winds develop inside a thunderstorm moving across the northern suburbs of Birmingham. Below, I’ve circled the swirl. 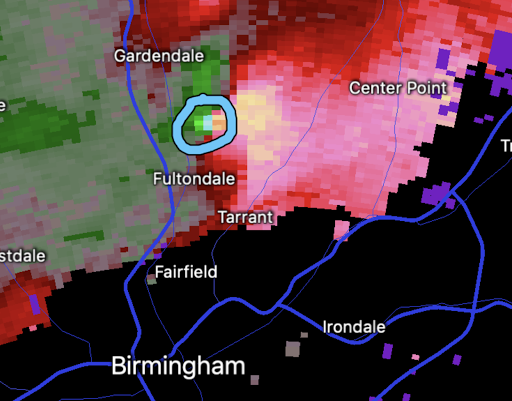 The NWS’s more recent investment in dual-polarization radar allows us (in this case, the great James Spann) to track lofted debris which — at night — is vital to signaling whether a tornado is on the ground. 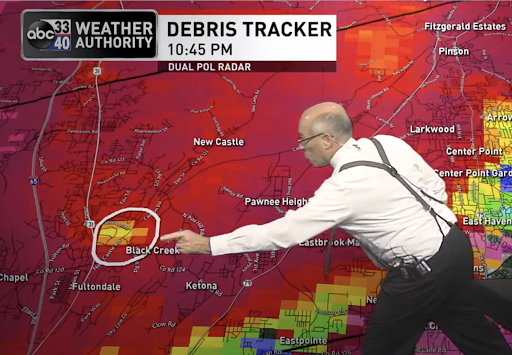 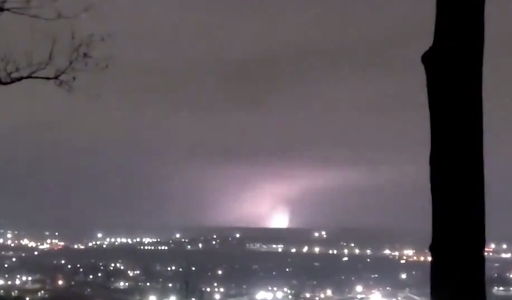 While James Spann was showing the location of lofted debris

Richard Jacks posted a video on Twitter that briefly

showed the tornado illuminated by lightning.

The tornado warning was issued at 10:34pm which meant that everyone had at least 5 minutes of advance warning before the tornado arrived. Fultondale, where some of the worst damage occurred had about ten minutes. That is plenty of time to gather up the family, head for the basement, the bathroom or shelter in a closet. 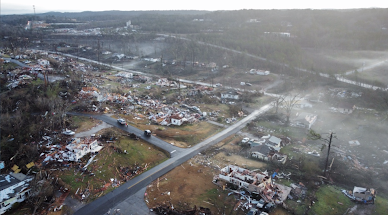 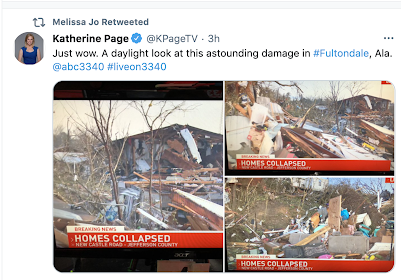 Tragically, one person was killed and 28 were injured. But, scores may have been killed by an out-of-season tornado that stuck when many were sleeping. Take a close look at this tweet from this morning. 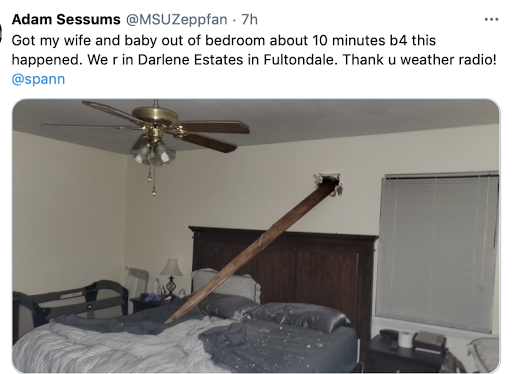 That spear-shaped piece of lumber came through the walls and stuck their bed ten minutes after he got his family to safety. He writes, “thank u weather radio!”

My weather sense, honed over 50+ years of doing this, tell’s me 2021 is going to be a worse tornado season than 2020. Please allow this example to serve as a reminder for your family to think about what you would do if a tornado warning is issued for your area. I’ll have more on that tomorrow.