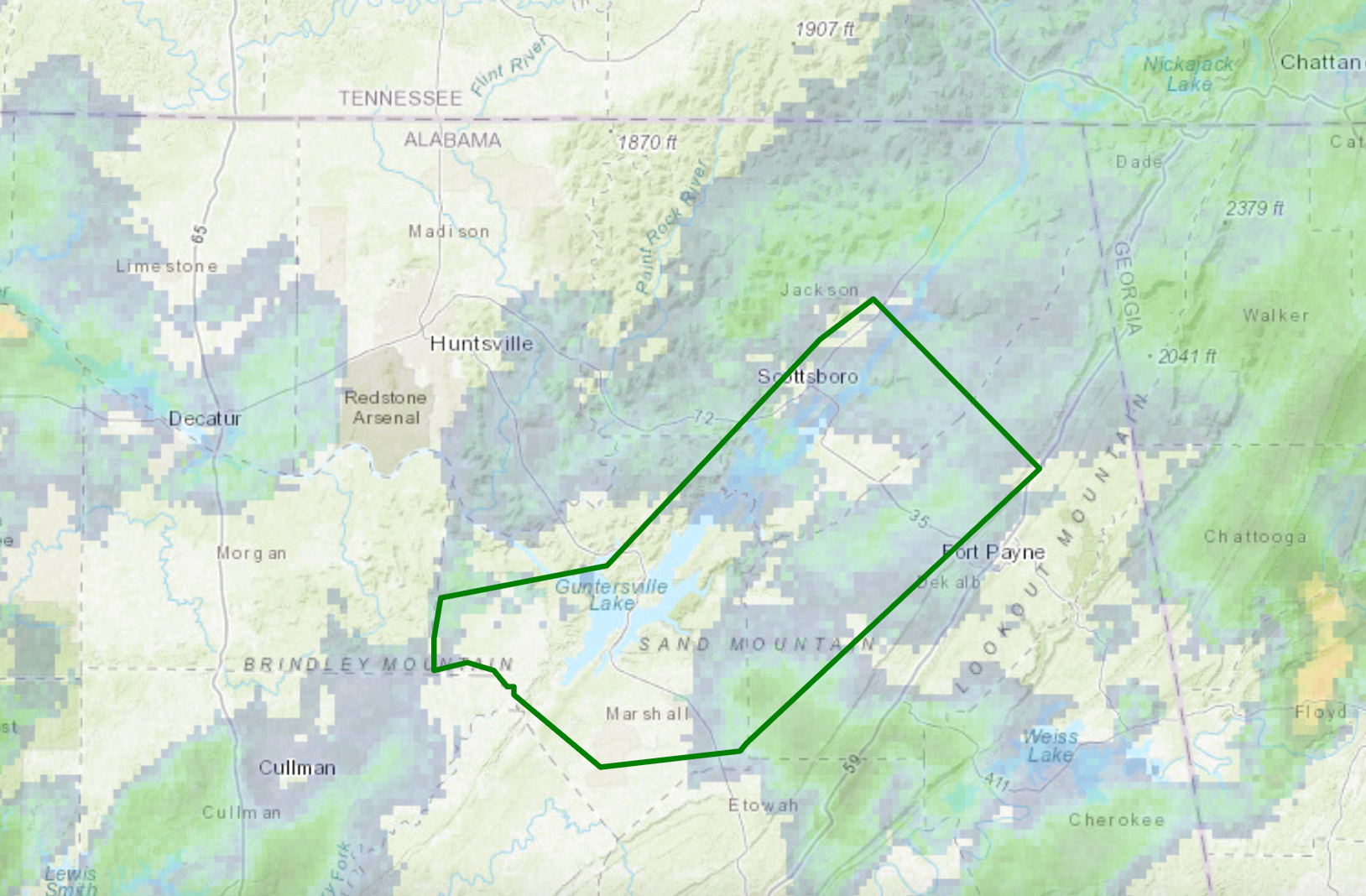 …FLOOD WARNING IN EFFECT UNTIL 6 PM CDT THIS EVENING…

* WHERE…A portion of northeast Alabama, including the following
counties, DeKalb, Jackson and Marshall.

* IMPACTS…Flooding of rivers, creeks, streams, and other low-lying
and flood-prone locations is imminent or occurring. Numerous roads
remain closed due to flooding. It will take several hours for all
the water from these storms to work through local drainage systems
in urban areas.

Over 8 inches of rain has fallen since 8 a.m. west of Guntersville. 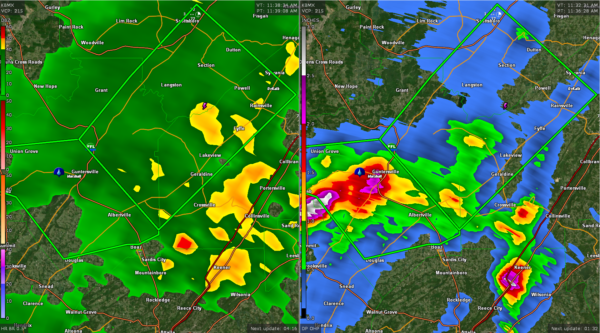 * At 1132 AM CDT, Doppler radar indicated thunderstorms producing
heavy rain across the warned area. Between 2 and 3 inches of rain
have fallen. Additional rainfall amounts of 1 to 3 inches are
possible in northeast Marshall, southwestern DeKalb, and south
central Jackson counties. Flash flooding is ongoing or expected to
begin shortly.