RADAR CHECK: At mid-afternoon most of the scattered showers and storms across Alabama are over the Tennessee Valley; a few spots there are seeing heavy rain. But, for the rest of the state, showers are few and far between with a mix of sun and clouds. Temperatures are mostly in the 84-89 degree range, and the scattered showers will end this evening. 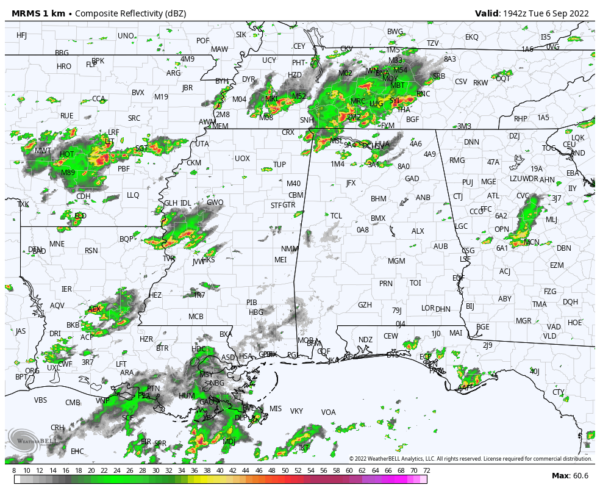 The weather won’t change much tomorrow and Thursday… warm and humid with scattered, mostly afternoon and evening showers and storms around. Odds of any one spot getting wet both days are 20-30 percent, and highs will be mostly in the mid 80s.

FRIDAY AND THE WEEKEND: Deeper moisture surges into the state Friday, and rain will become more widespread. Still not an “all day, all night” kind of rain, but expect occasional showers and a few thunderstorms. The showers Friday will be very efficient rain producers, and some flooding issues are possible with the saturated soil conditions. Temperatures will likely hold in the 70s all day Friday with little if any sun.

The weekend won’t be much different. Not a washout, but occasional showers and storms are likely Saturday and Sunday with potential for heavy rain in places with highs in the 78-83 degree range both days. Of course, no way of knowing now exactly when and were the rain will come, but you will need rain gear if you have an outdoor event planned, or will be attending one.

NEXT WEEK: We will hang on to a good chance of showers and thunderstorms Monday, but global models continue to suggest a nice push of dry, continental air will arrive Tuesday with lower humidity. Mid-week looks dry, and many spots could dip into the 50s early Wednesday morning for a nice fall feel. See the daily Weather Briefing video for maps, graphics, and more details. 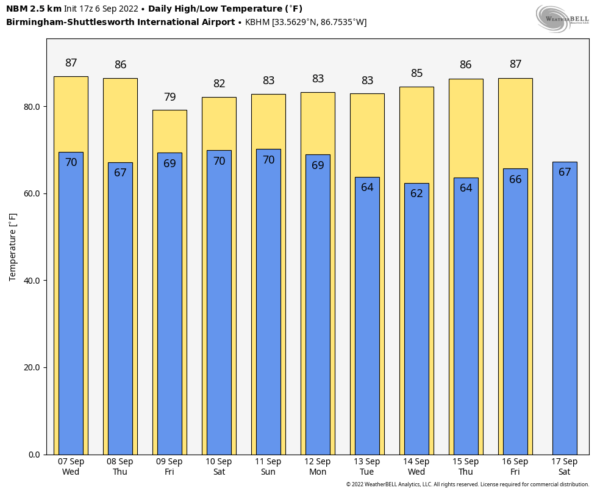 NHC is monitoring a tropical wave in the eastern Atlantic, and another one that will emerge off the coast of Africa tomorrow. If these develop, then will turn north into the open Atlantic and seem to be no threat to land. No tropical systems will threaten the U.S. Gulf Coast or Atlantic coast for at least the next 7-10 days. 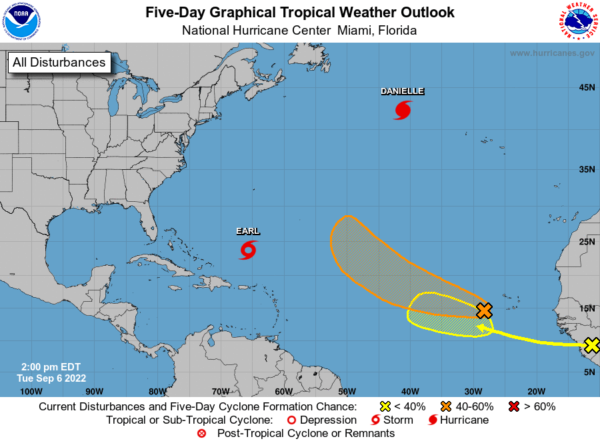 ON THIS DATE IN 1933: The remnant low of the Treasure Coast Hurricane dumped 10.33″ of rain in Charleston, which is the second-highest 24-hour rainfall total on record for the downtown station. The storm produced wind gusts of 51 mph and also spawned a tornado near the city.