There is a significant risk of tornadoes in the Ozarks tomorrow afternoon and evening in the yellow area. 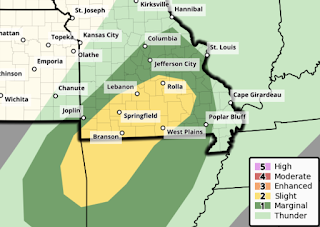 The threat extends includes Ft. Smith and Fayetteville as well as Muskogee. I’ll have more on this tomorrow morning.

In Central America, it is likely that Tropical Storm or even Hurricane Iota will develop and threaten Honduras or Nicaragua the first of the week. 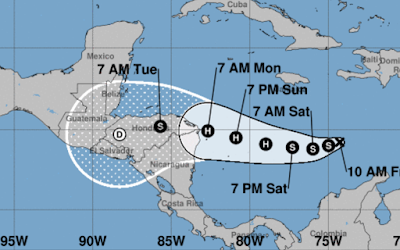 This has been the busiest hurricane season since the satellite era began in 1979. However, we now name storms that we would not have named twenty or more years ago. So, while this has been an active season there would not be as many named storms under the naming rules prior to Hurricane Sandy.