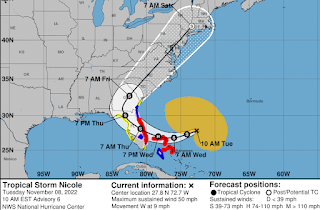 Note 2 parts to this track.

Movement towards and over Florida.

Then… From Georgia to CT! 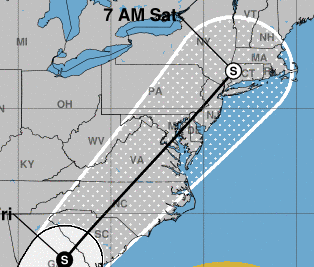 Not much time to prepare if this verifies.

Call it a TS, call it “like a Noreaster”

The name is Nicole.

If this verifies Nicole will be remembered!

For more than a Nov landfall on Florida. 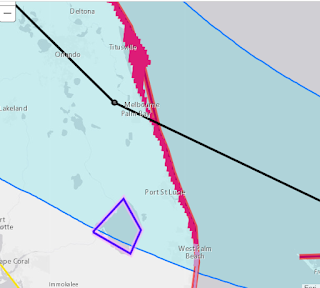 For what it’s worth the center of the Cone pulled North.

As always expect this to change but prepare! 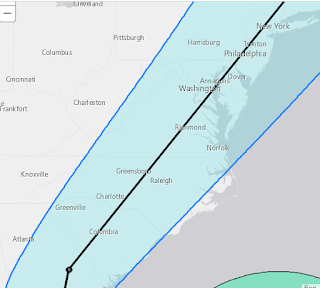 My 2nd concern is UP the coast.

IF this cone verified it would go thru DC

Nothing is carved in stone.

it is just now evolving into a Tropical Storm.

Forecast to be a Hurricane.

But don’t ignore this please! 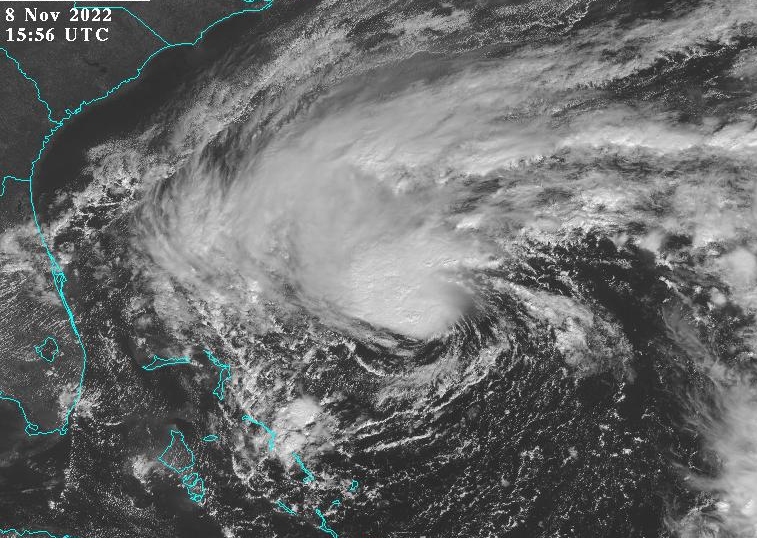 Center obscured a bit.
Convection to the N 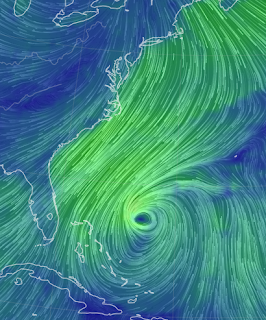 Take her seriously even tho it’s November!

Having connectivity problems as I said earlier today (on multiple levels) so updating the blog now while I have WIFI and will do so later. Now is the time to … vote if you did not do so. Then go get what you need if you are in the path of Nicole in Florida and up the road from Georgia to DC to NE realize you may get one fast moving visitor with winds that could bring down trees, cause destruction and must be taken seriously!

Adding info as I can.

First off having connectivity problems this morning so doing this by phone and it’ll be mostly words. Words matter. Especially with a developing tropical system that should be a hurricane and surprise many.

After days of looking messy and hard to find our Subtropical Storm Nicole developed a solid core last night. Presentation on Earthnull was perfectly round and it was obvious winds were picking up. It’s currently 50 mph.

I have a few issues here and not hearing much on this and too much attention on what is a subtropical and as always everyone wants to know who gets the center.

Weather impacts are huge and diverse.

Everyone gets this from Outer Banks to South Florida. There’s a cold front in the Carolinas. A strong high is building in to its North and the circulation to its North s funneling wind onshore. The winds from a tropical system flow counterclockwise and the winds around the top of Nicole combine with the wind around the high creating a funneling effect.

Ever stand between 2 tall hotels at the beach and you feel the “wind tunnel” effect? This is what the beaches will be feeling from Carolinas down to Miami. I’m not talking Hurricane winds. Wind Tunnel onshore winds tearing at structures along the coast such as piers and homes.

Especially concerned about places such as Daytona Beach where hotels sit on a small ridge usually close to the beautiful beach. Ian carved away the ridge, bashed in the sea wall that protects stores, businesses and homes.

As Nicole approaches to the South of there the surging ocean will attack that particular area.

Add in actual hurricane force winds in the core of Nicole. Again I said Nicole developed a beautiful center last night (beautiful as in perfect) and as Nicole moves over the very warm waters of the Gulfstream in intensification mode it’s a set up ripe for strengthening and Hurricane impacts. Don’t be fooled by the calendar a hurricane in Florida is a hurricane.

How much wind and weather impacts WPB South is a question and much depends on how much of a DIP Nicole does as the High digs in and pushes Nicole South of West … how much is everything. Then as it feels the pull of the front it pulls up in latitude. Where and when that happens dictates how far South destructive impacts occur.

This also shows the exactitude of track across Florida. And again any intense wind or rain will create problems and set back the recovery from Ian. Power grids and weakened structures can only take so much weather before they give way and obviously we are all hoping that doesn’t happen.

Inland cities such as Orlando aren’t used to strong impacts from the East and honestly strong tropical winds slam and pull at the large Live Oaks in the Central Florida area. Limbs break, crashing down on other structures. Where Nicole is going there aren’t coconut palms that snap in the tropical wind.

Where it crosses and moves is working the cone but still up for grabs in exactitude. It’s currently developing and will continue to do so… prepare as if you’ll feel it’s wrath.

Then a huge concern I’m not hearing a lot about. The current cone has Nicole RACING from Georgia to Virginia as if it’s caught a bullet train!

When you add fast forward speed to strong tropical winds the impact of the system is magnified! There’s also the threat of tornadoes especially where these two entities meet!

People wait to see the storm form, the eye pop out, the impacts along the way before they jump into crisis mode and for people after Florida that may be too late to prepare properly  more on that later

Years ago no one would have seen it coming …

So again pay attention, prepare for the worse and expect that and give thanks if you don’t get much! Because Nicole is going to impact most of Florida and a good part of the Eastern coast in multiple ways at different times

Sure…. If Nicole hits that sweet spot with 85 degree hot water and a transformed excellent tropical structure

Expect changes  Pat attention and treat NHC like your best friend… check in with them often!

Below you can see how Nicole now looks more tropical  a ball of convection and in NC weather segments are now watching carefully! 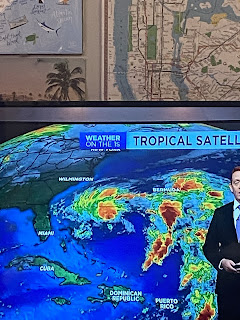 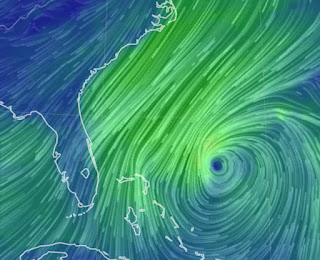 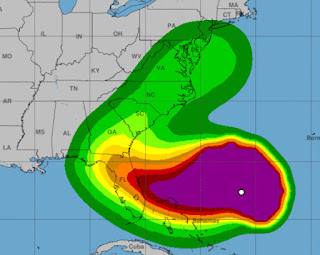 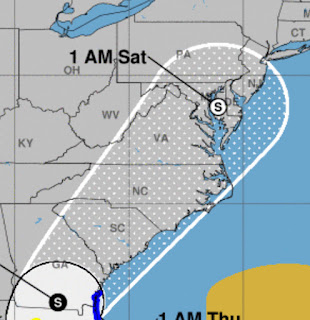 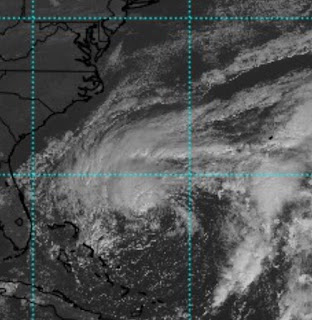 I will update later

Thanks for your patience

Prepare and take it seriously!