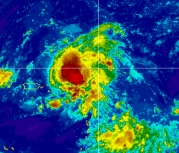 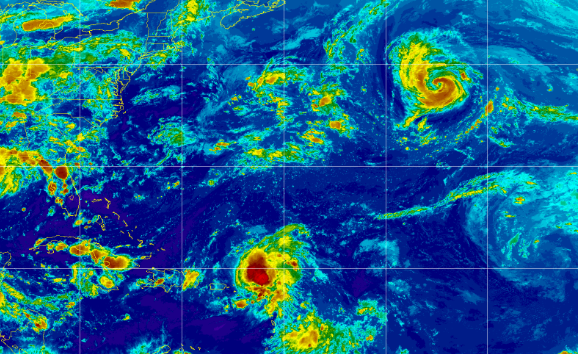 Earl may be a weak tropical storm, but it steals the show when you look at the satellite imagery for the Atlantic.  Danielle is up there, not threatening anything now and not going to really cover it. It’s fun to watch but Earl could impact Bermuda depending on where it goes, hopefully Danielle will steer it away from Bermuda. Too soon to tell for a system that has been surprisingly stubborn and has fought off shear and actually intensified a drop with better presentation despite the strong shear that is there.

I won’t belabor the point that I knew 91L was not going to fade away. I knew it would get a name and I knew that a system that keeps going despite shear when many other tropical waves would just fade away, needs to be watched because at some point it will hit a sweet spot that allows it to intensify just enough.  I wrote about it on Twitter and in this blog numerous times. Will see what really happens.

One problem that could complicate matters and model s is that it is forecast by the NHC to move extremely slow for days, as seen in the graphic below. As always when a system such as 91L moves slowly it can miss it’s ride out of town. I’m not saying this will happen, I’m just saying as always timing is everything with regard to models verifying. So let it spin for now, but don’t forget it’s there despite shear.  Note once it’s East of Miami it is forecast to be a Hurricane and pick up speed and skedaddle out of there. Time will tell… Earl, forecast to be a Hurricane.

Follows Danielle into the N Atlantic. 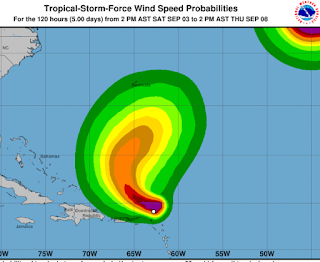 This graphic from the NHC shows the story.

Shows it better than the models.