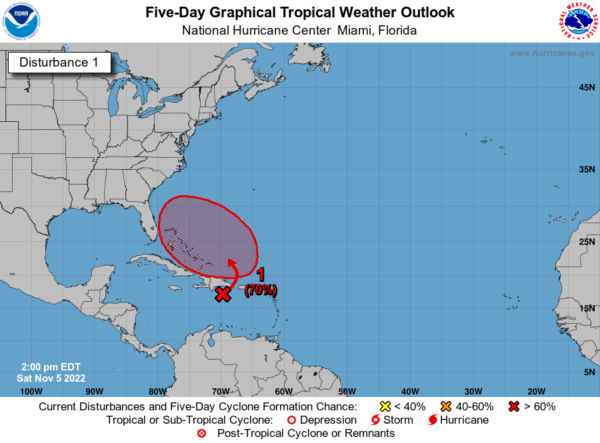 A trough is bringing heavy rain to Puerto Rico, the Dominican Republic, and the Virgin Islands, and the associated low is expected to grow larger as it moves over the southwestern Atlantic and moves west through midweek.

The latest update has this system moving toward the Atlantic Coat of the Southeastern US, which means there will be an increasing risk of coastal flooding, rough surf, and beach erosion on the coastline from Florida up to the Carolinas. Heavy rain and gusty winds will also become possible around midweek. 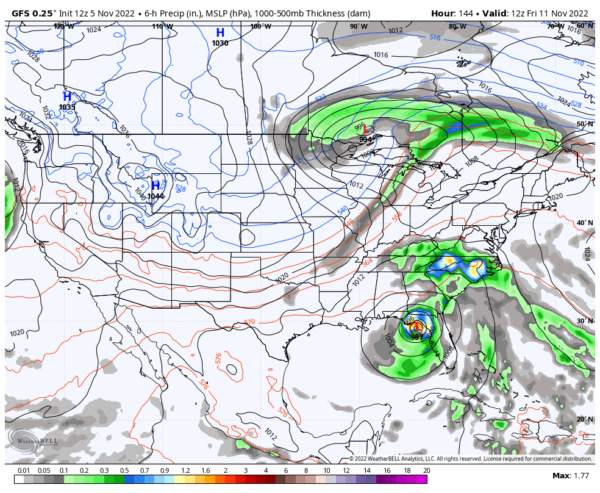 GFS valid at 6 am Friday. 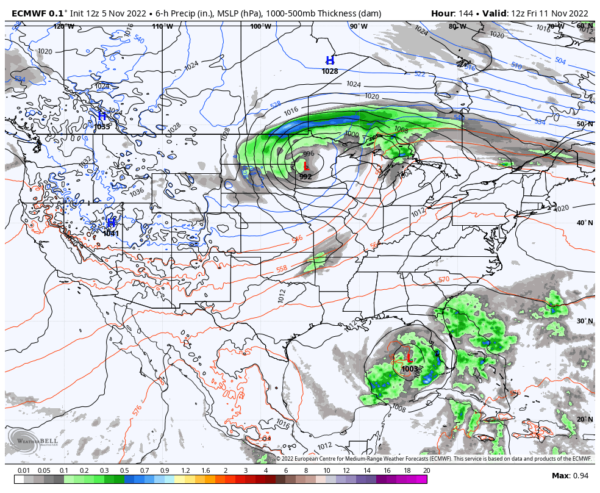 European valid at 6 am Friday.

Both global model have the system moving across the Florida peninsula and winding up in the Gulf of Mexico by Friday morning. From there, we’ll have to watch the timing of an approaching cold front from the west to see when it will make the system recurve north and eventually eastward back out to the Atlantic Ocean. For now, it will stay east of Alabama, but we may get some showers off of the north and northwestern periphery of the system as it starts to move away. We’ll keep our eyes on it.

Here is the latest text from the NHC…

Southwestern Atlantic: A trough of low pressure located over the eastern Caribbean Sea is producing a large area of disorganized showers and thunderstorms. The trough is forecast to move northward over the southwestern Atlantic by Sunday, where a broad area of low pressure is expected to form north of Hispaniola. Environmental conditions are forecast to be conducive for gradual development, and a subtropical or tropical depression could form during the early part of next week while the system moves generally westward to west-northwestward over the southwestern Atlantic. Regardless of development, there is an increasing risk of coastal flooding, gale-force winds, heavy rainfall, rough surf, and beach erosion along much of the southeastern United States coast, the Florida east coast, and portions of the central and northwestern Bahamas during the early to middle part of next week. The disturbance is also expected to bring locally heavy rainfall to Puerto Rico and the Virgin Islands this weekend. Interests in those areas should monitor the progress of this system.
* Formation chance through 48 hours…medium…40 percent.
* Formation chance through 5 days…high…70 percent.