Forecast to be TS Epsilon 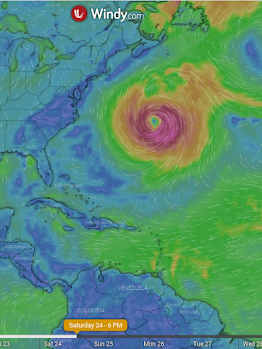 Let’s start at the end not the beginning.

The above is the EURO for Epsilon on Saturday.

It grows in size and strength….

A huge wind and wave maker….

…parked off the East coast for days.

Using different filters so it tells more of the story. 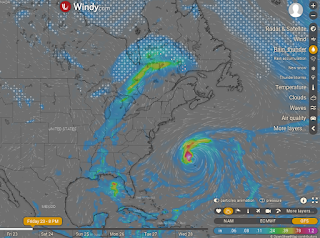 Snow shows on the map on the Plains later.

Some moisture down in the GOM.

Moisture vs a storm as of today. 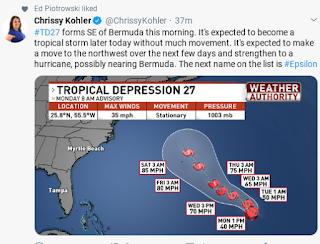 Discussion this morning from the Advisory package is not really worth going into, as mostly it defends their use of the phrase “Tropical Depression” vs “Subtropical Depression” and as they wrote such a good defense I’m thinking they should be the moderator of the next Presidential Debates because they definitely know how to put up a good defense. So I started with the end as they insist this will be Epsilon and it’s way more tropical than subtropical and so know it most likely will be upgraded as soon as possible. They even talk on how it may have been briefly, but not now but will be so let’s just do a De Facto discussion I decided and begin with the ending vs the beginning. 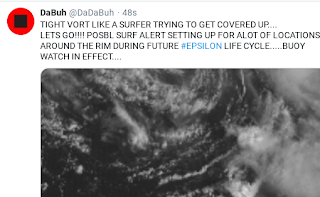 As of now chances are 20% on a Caribbean system as models have stepped back from the ledge on that one, but at some point something develops. But at the moment Epsilon may take a lot of the energy out of the Atlantic and as models have come into seeming agreement currently on what it does we will wait on the next few model runs to say otherwise. The bottom line here today is SURFS UP a long the East Coast across a wide swath of the coastline and so swimmers beware and surfers are already aware! 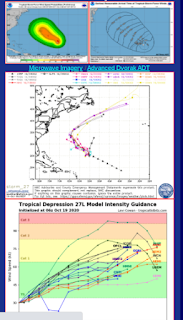 Currently only a threat to Bermuda.

Keep watching the Carib it has it’s 20%

Oh and South Florida is under the gun today…

…from weather, weather and more weather!

I do so love watching the weather! 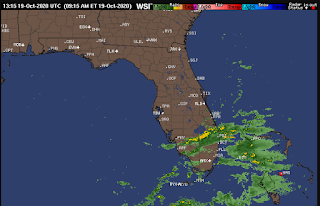 ….just rain in the tropics.

For many places along the SE and E Coast.

Stay tuned… Zeta is out there somewhere.

So check back later for any updates!

Have a wonderful day. 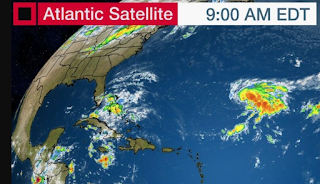 It shows how much convection there is….

…. from the Caribbean up into South Florida.

So keep watching it.

That’s what it’s all about.

Unless you just want to play computer games..

..and watch the models!

No song this morning…

…check back later this afternoon 😉

My, How Liberals Have Changed