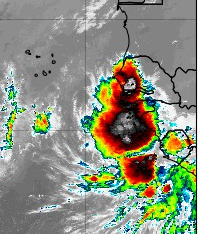 That’s the wave’s “baby picture” when it rolled off.

Structure. Was a WOW from day 1!

Shows a consolidated area of convection.

It has model support.

Models have been loving it for days.

Before it rolled off of Africa.

Also note the large area of spin off the East Coast. 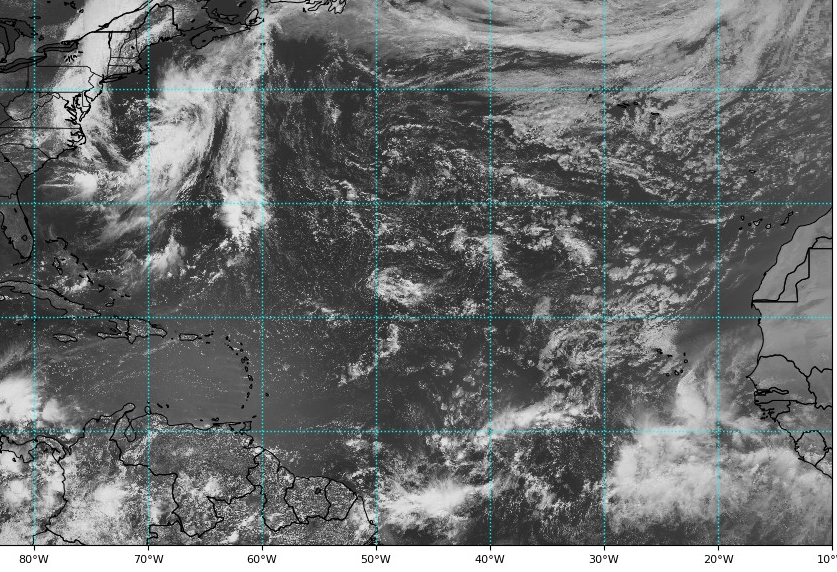 No yellow circle but a weather maker.

Kind of the opposite of a tropical system.

But it’s being watched by many. 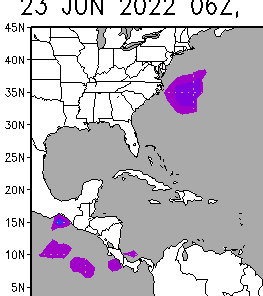 Impacts the area but also possibly the environment.

The graphic below is very unreliable in details, but shows general possibilities should this wave or something else develop. It’s kind of like the ultimate fantasy game dreamer for people who love to track, study or chase hurricanes. There is strong model support for the African Wave, yet if you notice there are mutliple paths for this system as it’s an ensemble not a solor player in the band. Caribbean, East Coast or does it just recurve up into the Atlantic? Time will tell. But, it’s interesting to look at, while remembering never to buy into such a long range model that is basically “anything that could happen in the next 120 hours” and if you do the math that’s far down the road. Anyone taking a road trip knows things pop up and detours happen or sometimes you drive along as if you are the only one on the road and you wonder where at the cars went. 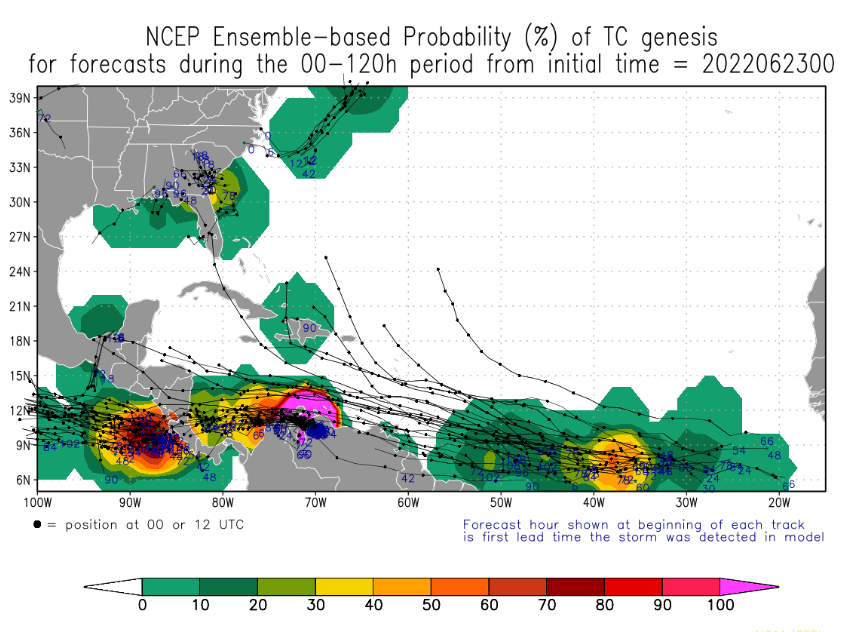 So….. tropical hard truth and personal discussion today.. It IS possible that “the wave” could make it across the Atlantic, get a name and if it does the name will be Bonnie. Well, unless something homegrown does not steal the Bonnie honors!!  Think of it as gentle reminder by Mother Nature to listen to the NHC and do HURRICANE PREPARATION NOW so you can be as they say “Hurricane Strong” if and when your town comes under a Hurricane Watch or a Hurricane Warning. July is next week if you haven’t been paying attention to the calendar!

As for me… I’ll be on the road and at a large, family wedding weekend filled with events and a joining together of old friends from differnet places in my life. I lived in California, as long time readers know, back in the 80s and I loved Long Beach, LA, West Hollywood and all my favorite ports of call to be with friends, party and as I was far away from hurricanes I studied a lot of geology 😉  Seriously, my son is marrying the daughter of one of my closest friends who lived in Long Beach and I’m glad they found eachother after all this time, grown up on the East Coast. They both went through the difficult decision of divorce and wanting to start over they are charting a course together to start over and begin again and that’s beautiful. I love happy endings and sometimes happy endings evolve as life evolves. When I moved to Raleigh with my second husband I was kind of in shock my friend’s daughter was working here in Raleigh in our community and I watched her have babies and do her incredible work and it would amaze me we were in Raleigh not California, and somehow now I’ll be in Atlanta where my parents lived before I was born (they moved back to Miami pregnant with me) and I have friends from Long Beach, LA, Raleigh and my Miami who will be all in one place! Kind of mind boggling how things work out sometimes.  Several events with multiple  so I’ll be busy but you know me I’ll be watching that African wave and the weather and temperatures while celebrating family events as well. I got the dress that has the name of “the ooh la la dress” because that’s what my granddaughter calls it and various heels, a ton of make up and it’s always good to pack a smile!

I’ll update if the NHC updates anything on any area, but just remember this is a long tracker and the longer it takes to develop the further West it gets. A large wave such as this takes longer to pull together sometimes and it’s late June and the water is not optimal that far out yet. But this could be a July Hurricane IF the things the models see currently continue to show up down the tropical road. A big IF but Bertha was a big iffy system far out in the MDR and it did make it all the way to North Carolina! More often storms like this crash into the Caribbean or Central America if they can fight off shear … you just never know.

Not a lot of analog storms in recorded history. If only we could go back with a time machine and see what those wild “storms” ship captins wrote about in their ship logs were really like in detail. And, if only we could see ship logs that are at the bottom of the sea because the ship went down in the storm so we will never know how strong that July Hurricane might have been that took down some old beautiful ship that was bound for the New World but never made it! Or… pirates captured the ship, burned it and the Captain’s Log went up in flames.

For now, it’s hard to forget Bertha especially as I watched it longingly from Miami and then watched it slide by on it’s way to the Wilmington area of NC where later in that year two other hurricanes made landfall as well. Oh what a year 1996 was in hurricane history, especially for North Carolina.