Regarding ETA its moving away…

…into the Gulf of Mexico. 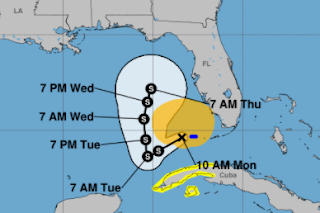 After the 5 day it bends in towards the Big Bend.

Not to exclude the possibility it comes in to the left.

We have time to figure it out.

South Florida is okay, wet but it will dry up fast.

The sun is really really hot there now still.

Some trees down, some flooding.

More on that later.

NHC takes Eta back up into a strong Tropical Storm.

To the West it is very dry.

So there may be weather far to the East of the track. 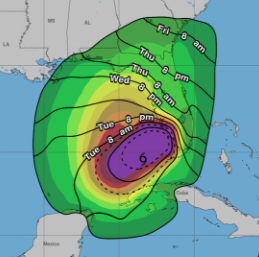 The rain is an issue. 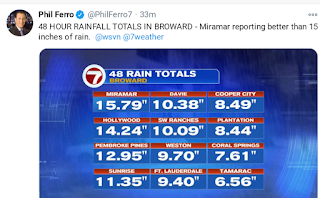 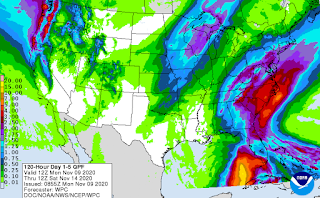 And let’s be grateful this was not a Cat 4 Cane.

Regarding ETA it came and it’s gone and there was great coverage lat night from Mike www.spaghettimodels.com to Jim from www.hurricanecity.com … woke up this morning put on TWC and Mike’s video from Key Largo was up on the screen and I smiled. Mike has started chasing officially, which is good and it’s fun to watch him learn on the road and am sure you can watch on Youtube as his videos are up there also. Strong tropical storms are fun to chase and they give you a break from the monotony of Miami weather. Unless you love hot and humid nothing much happens in Miami so a strong Tropical Storm provides drama without much damage. That said, some areas can have more severe weather and they can ramp up and surprise you into a hurricane fast.

As far as the flooding images shown on TV be aware many areas flood in a heavy rain and just now on TWC some guy was standing in a side road of some subdivision and talking on the high water but you could see behind him the two streets in the distance had traffic moving as if nothing happened. Every reporter trying to find the biggest puddle to get video from…  hint..try Miramar and Lauderhill! My son’s lake front house is a bit closer to the lake and my other son’s friends street in Lauderhill is under water and everyone is out and about joking around with hands on their hips talking with neighbors waiting for the water to recede… it did not get into the houses. No I’m not allowed to share that video. My other son’s boat is fine, docked in some Coral Gables canal. Yes I do have a lot of sons. The point here is this could have been so much worse. So let’s show some gratitude and not play up the drama.

The GFS takes it out into the Gulf of Mexico for longer than the Israelites wandered in the desert and eventually takes a small system up into Louisiana. Maybe it needs to be rebooted. Most models take it up towards the Florida Panhandle or the West coast of Florida.

Out in the Atlantic Theta will probably form and threaten Portugal. The NHC is very protective of Portugal this year so pretty sure it will get a name it is currently at 70% red. 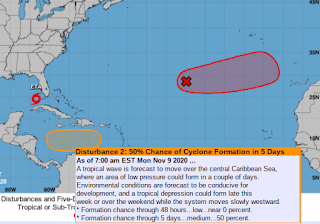 Red area will be Theta

In the Caribbean some models show development where the NHC has an orange circle, some do not.

I’l update later today or tonight. I just have a lot to do today and Eta is gone, done as a current news event and what will be Theta is far out in the Atlantic out in the stomping grounds of Atlantis. The system in the Caribbean is not forecast to form soon.  Winter is taking a holiday and it’s supposed to be 80 degrees today in Raleigh.

Hurricane Season goes on and on this year but it gets harder, but not impossible, to have a Major Hurricane so stay tuned.

Thanks for your patience.