Nineteen seventy-four was a terrible year for tornadoes with 366 people killed. To put that in perspective, with the increase in population, it would be 558 today. Part of the reason was two major tornado outbreaks: one on April 3-4 in the Midwest and South and the other on June 8 in Oklahoma and Kansas. In both cases the tornadoes were exceptionally violent.

Just last week, The Day of the Killer Tornadoes — in its entirety — was posted on YouTube. It tells the story of the April Superoutbreak (as it has come to be known). While a bit hokey, it is a faithful

account of the warning system as it was at the time. The viewer quickly learns the warning system was a piecemeal, highly imperfect institution. There were instances that day where the weather wire (which sent the warnings to television and radio systems) ran more than a half-hour behind.

Immediately, after the April Superoutbreak Dr. Ted Fujita undertook a comprehensive survey using expert meteorologists. Among them was Dr. John McCarthy who was the instructor for my atmospheric physics class that semester (I was a senior at the University of Oklahoma). He took two weeks off to participate. 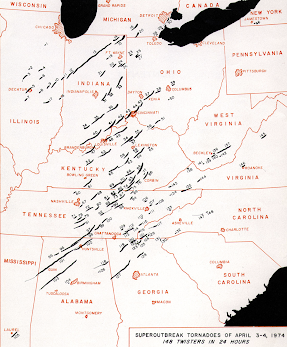 As I explain in Warnings: The True Story of How Science Tamed the Weather, John called me aside the day he returned to Norman. I was the weekend meteorologist at WKY TV in Oklahoma City. He told me how the warning system completely broke down in the Midwest and how I needed to consider how I would handle a major tornado outbreak if one occurred in Oklahoma. Eight weeks later, it did. 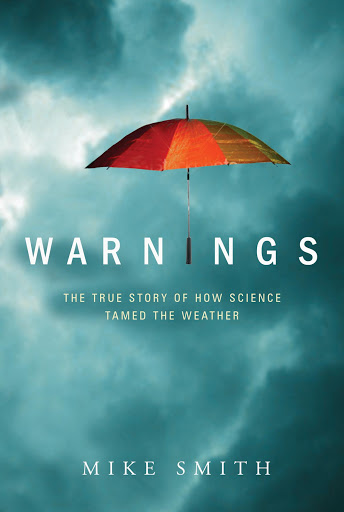 As a result of John’s advice, what we did on June 8 changed the entire future of tornado warnings. There were zero deaths in our viewing area but 17 in the Tulsa viewing area where none of the TV stations had a meteorologists* or radar. I believe you will find it to be a fascinating story (note the ratings and comments at Amazon at the red link, above).

I’m posting this because Day of the Killer Tornadoes really adds context. If you haven’t yet read Warnings, I’m certain you will enjoy it if you like reading this blog.

There are reasons to believe — very preliminarily — that 2021 could be a worse, or even much worse, tornado season than 2020’s. It wouldn’t hurt to read a great book about tornadoes, hurricanes and other storms as one step toward insuring your family is protected.

*Across the nation, very few television stations had meteorologists. That changed very quickly after the June 8 outbreak and the intervention of a renowned television news consultant.