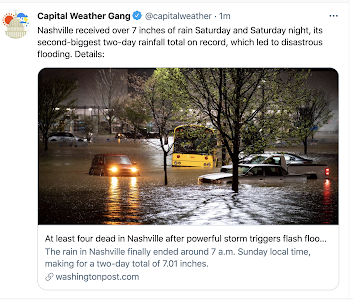 Following up this week of destructive weather, there are a couple of things I would like to share with our readers….

From Channel 5 in Nashville, 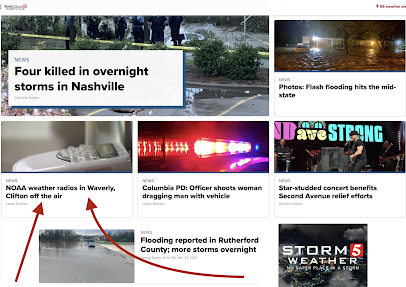 There was so much weather to report, you might miss the item I have highlighted — that two NOAA Weather Radio (NWR) stations were knocked off the air during all of the tornadoes and flash floods. That is why it is essential to have at least three sources of critical weather information. NWR is a great source of information, but it is vulnerable if the power fails or if the data feed from the NWS office to the transmitter is knocked out.

There are comments in the media and social media to the effect that some were surprised by the extent of the flooding. But, it was very well forecasted! 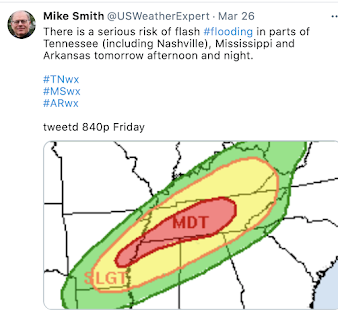 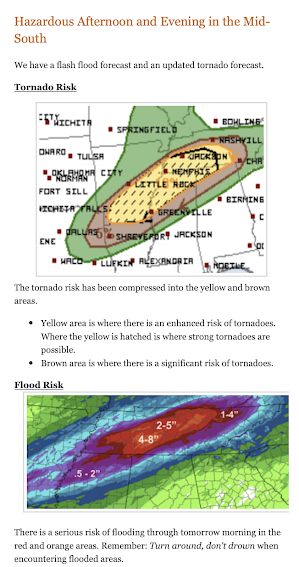 This was posted at 1:19pm yesterday and, when you add the amounts forecasted at that time (above) to what had already fallen, the forecast was of excellent quality. The image below is the total rainfall.

The media is now reporting five deaths. Several of those were from people who, evidently, were safe and drove into a flooded area.

The lesson is to take flash flood forecasts and warnings just as seriously as you take warnings of tornadoes.

Weather science has cut the death rate from tornadoes by 95%. The statistics indicate we have not had nearly that level of success with flash floods. What is not clear to me is “why”? I’ve tried to reason it out but have not had much success. If you have any thoughts, please feel free to share them with me via Twitter @usweatherexpert or contact me directly. Thank you.