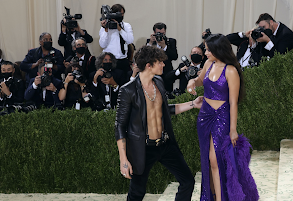 Even with all of this deceit and manipulation [surrounding masks], there is something uniquely disturbing — creepy even — about becoming accustomed to seeing political and cultural elites wallowing in luxury without masks, while those paid small wages to serve them in various ways are forced to keep cloth over their faces. It is a powerful symbol of the growing rot at the core of America’s cultural and social balkanization: a maskless elite attended to by a permanently faceless servant class. 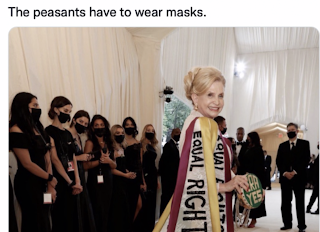 Not only was this obvious at last night’s decadent (in worst meaning of the term) Met Gala, it was in evidence during Saturday’s September 11 commemorations and, before, at former President Obama’s birthday party.

I agree with Glenn Greenwald that this is a particularly ugly trend among America’s intellgensia. Glenn’s piece (green link) is well worth reading.