Several of you asked whether the drone sailboat, Saildrone 1054, survived its rendevous with a vigorous Pacific storm. 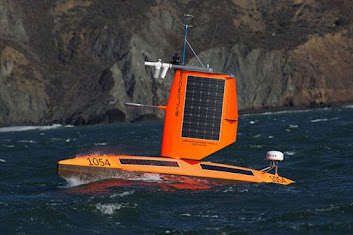 The small autonomous weather station is now returning to port and will be deployed around a hurricane next year.   That will be a more severe test.

The saildrone also had another unmanned vehicle for company during the last few weeks, an underwater glider (see picture).   NOAA has a fleet of these, capable of diving as much as 1000 meters beneath the surface while taking oceanographic observations. 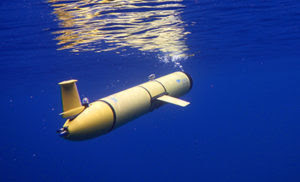 The combination of these two sensor systems may be a potent way to sample the environment in advance of and behind tropical storms.

And now about the tornado.

A weak twister struck near the town of Ilwaco on the southwest Washington coast around 8 PM on Friday, March 19th.

The National Weather Service produced a map of the tornado path (see below) and they estimated that the tornado only had winds reaching 65 mph.  This is EFO on the enhanced Fujita scale–the weakest twister category. 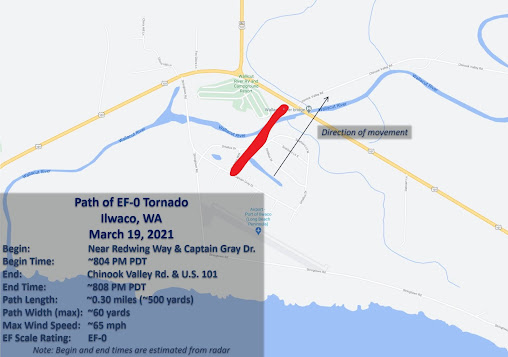 Damage was minimal, with some tree and roof damage and a few damaged fences.  There was little warning.

This tornado was associated with unstable air coming off the Pacific, a situation that is quite typical time of the year.

Let’s take a look at the radar at the time of tornado touch down using the Langley Hill radar near Hoquiam, with a black dashed oval around Ilwaco.  Oranges and reds indicate heavier precipitation

There was a modestly strong line of showers, oriented southwest to northeast, that were just passing through Ilwaco at 8 PM.   The twister was embedded in this line of convective showers.

Some of the embedded cumulonimbus towers got to around 20,000 ft, as shown by the echo top product available from the radar (see below).  Decent around here but a real yawner in the Midwest.

The Doppler radar imagery, which shows wind speed towards or away from the radar, did not suggest any large-scale rotation, commonly called a mesocyclone.

So why a weak tornado?   Let’s investigate further by plotting the winds at the time of the tornado occurrence (below).  The star indicates the tornado location. 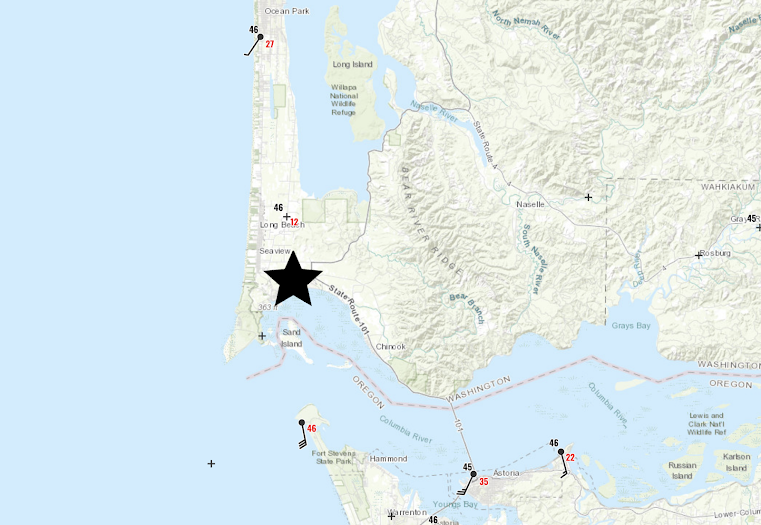 The winds at Clatsop Spit, just to the south of Ilwaco were quite strong, with gusts to 46 mph.  But winds weakened rapidly over land, reaching only 12 mph just to the north of the tornado.  A rapid change of winds can produce a lot of horizontal wind shear (wind change with distance), and wind shear has inherent rotation around a vertical axis.

An illustration of shear producing rotation is shown below (but this figure shows vertical wind shear, but the idea is the same). 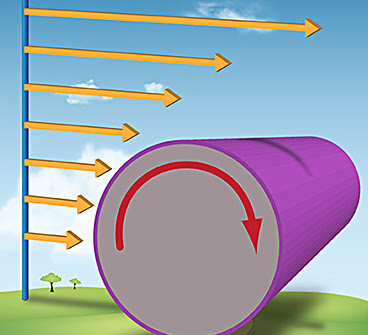 In any case, the inherent rotation associated with horizontal wind shear can be enhanced by the vertical motion associated with the strong convective line, revving things up enough to get a weak tornado.  Check out my Northwest weather book for a more detailed explanation of this process.

Such weak tornados are annual affairs in western Washington and frequently are associated with Puget Sound convergence zones, where both wind shear and thunderstorms are often found.