[This posting is primarily for meteorologists and weather aficionados.]

Five years ago today, the HAZWX model (a company that was later acquired by AccuWeather) made one of the most amazing forecasts I have ever seen. It caused me to change my opinion as to the potential of mesoscale meteorological modeling. While I had seen some good forecasts, they seemed quite inconsistent. I thought the scale of observations available to feed the models was too course create forecasts at a 4 kilometer scale. This forecast caused that opinion to change.

Major tornado outbreaks are rare in November. A high risk in the High Plains in mid-November would have been unprecedented. The 7am NWS Storm Prediction Center’s (SPC) forecast (below) showed an enhanced risk of tornadoes near the border of Oklahoma and the Texas Panhandle with a significant risk (brown) farther north and south. 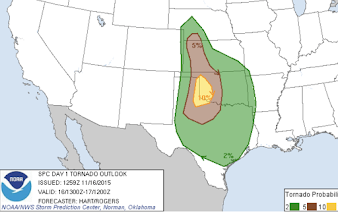 The HAZWX model, which became available about 11am, forecast something stunningly different: a major outbreak of strongly rotating supercells, that were likely to produce tornadoes, farther northwest. 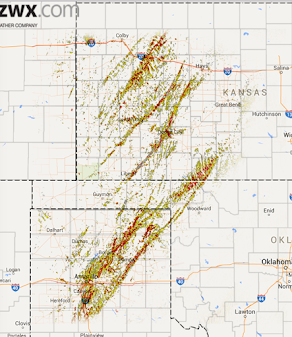 If you look closely, you’ll see there is almost no overlap between the yellow (enhanced risk) in the SPC forecast and the supercell/tornado tracks in the HAZWX forecast. I also knew that, if correct, this would be an unprecedented tornado outbreak. So, AccuWeather Enterprise Solutions began alerting its clients in the area that the tornadoes could be worse than originally forecast.

Turned out the HAZWX model was amazing. Below is a map of tornadoes (red) superimposed on the SPC forecast. 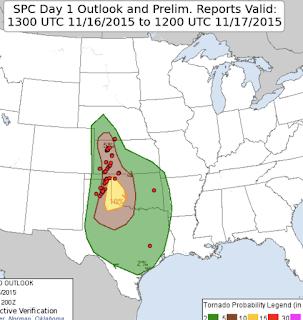 SPC computed what a perfect forecast would have been and it is below, left. 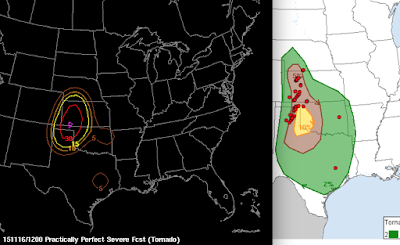 Did the model’s forecast have any practical significance? Yes! 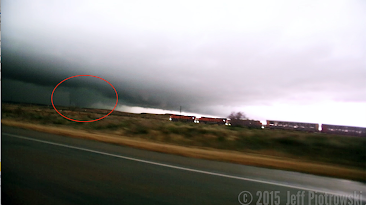 From that day on I realized the tremendous potential of mesoscale models. When added to conventional techniques, they can be incredibly valuable. When tornadoes are threatening, for example, I go through my pre-mesoscale model process. If the forecast from that agrees with the model, then the mesoscale model is more likely to be correct.

Congratulations to all of the meteorological modelers and those working on advanced (such as satellite and GPS) measurements that make all of this possible.