Despite great pressure from airlines, the hospitality industry and Republican lawmakers to lift the rule requiring masks on planes and trains, in airports and on some buses, the Centers for Disease Control and Prevention said it would extend the federal transportation mask requirement for two weeks on Wednesday, five days before it was set to expire. The mask mandate is now set to expire on May 3, the agency said in a statement.

The C.D.C. cited the spread of the Omicron subvariant of the coronavirus known as BA.2, which the agency said now makes up more than 85 percent of new U.S. virus cases, in its decision to extend the mask requirement.

“In order to assess the potential impact the rise of cases has on severe disease, including hospitalizations and deaths, and health care system capacity, the C.D.C. order will remain in place at this time,” the agency said in a statement, noting that it would be monitoring this variant while it determined whether to extend the rule yet again.

Ahead of the decision, Dr. Ashish K. Jha, the new White House Covid response coordinator, told NBC’s “Today” show that Dr. Rochelle Walensky, the director of the C.D.C., would be utilizing a “framework that the C.D.C. scientists create” to determine whether the extension was necessary. “We’ll make a decision collectively based on that,” he said while simultaneously calling it a “C.D.C. decision.”

The possibility of an extension had provoked applause from some passengers, who say the requirement make them feel safer in crowded planes and airports, as new coronavirus variants spread, and disappointment from others, who feel that it’s absurd to require masks in the sky and in airports when they are no longer required in most other indoor settings.

In recent months, airlines and the hospitality industry have been lobbying the White House to overturn both the mask rule and the requirement to test before returning to the United States from abroad. In one of the most recent letters, dated April 8, Airlines for America, an industry group representing eight airlines; the U.S. Travel Association, a trade group representing more than 1,000 public and private organizations catering to business and leisure travelers; the U.S. Chamber of Commerce, the nation’s largest business lobbying group; and the American Hotel and Lodging Association, which represents thousands of hotels, sent a letter to Dr. Jha, arguing that what they see as unnecessary measures were hurting the country economically.

“While the public health benefits of these policies have greatly diminished, the economic costs associated with maintaining these measures are significant,” they wrote.

Ahead of the decision, major unions representing flight attendants and Transportation Security Administration employees, the two groups that have to deal with enforcing the rule, declined to take a stance.

“Whatever the agency puts in place, we have to comply with it,” said Hydrick Thomas, the president of the union that represents Transportation Security Administration employees on Tuesday. He added that he believes that masks protect his employees, their families and “the flying public” and the mask rule has not created that many issues for the average worker because most travelers comply and if they don’t, agents are encouraged to direct noncompliant passengers to their supervisors. 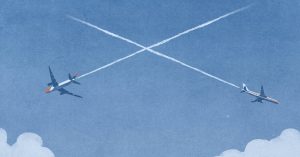