If you’ve found yourself wishing away the unseasonably warm temperatures we’ve had this fall, you’re going to enjoy the changes headed our way! We have a pretty active weekend ahead of us.

Nicole made landfall just south of Vero Beach, Florida early Thursday morning as a category one hurricane with estimated wind speeds of 75 miles per hour. The current National Hurricane Center Track takes Nicole through central Georgia on Friday and to the northeast towards New England by Saturday. While most of the tropical system’s impacts will remain well to our east, north MS and west TN might see some clouds filter in and winds pick up a bit on Friday as the low makes its northern turn through Georgia.

More rural areas have already seen sub-freezing temperatures, but this weekend will likely bring our first sub-freezing temperatures in the city itself. Our main story starting Friday is a strong cold front brought about by an upper-level trough swinging through the eastern U.S. As of lunchtime on Thursday, the cold front was draped from Wisconsin down through Oklahoma and continues to push eastward.  The front will be approaching the metro Friday evening, ushering in borderline-winter-like temperatures, and the cold is here to stay this time. A strong northerly wind will pick up in the wake of the front, and temperatures will drop to the mid-30s Friday night with showers likely, but probably not until after high school football playoff games end for the evening! Precipitation from the front itself will dissipate as it approaches the metro, but a weak upper level disturbance following just after will bring rainfall in from the southwest.

Now, I tread carefully with this one, but areas northwest of us in NE Arkansas have the potential to see some sleet/wintry mix in the pre-dawn hours Saturday morning as cold air rushes in. Rest assured, surface temperatures will still be above freezing so there will be little to no impact. I’m not expecting too much in the way of precipitation amounts – maybe a tenth to a quarter of an inch with slightly higher amounts well to the south of the metro. Saturday night, lows to drop to around 30, so remember to cover your plants and bring your four-legged friends inside. Don’t be caught without a coat this weekend as temperatures won’t make it out of the 40s during the daytime despite sunshine. Thankfully these overnight temperatures aren’t quite cold enough to warrant more extreme precautionary measures, such as dripping faucets or covering outdoor pipes. 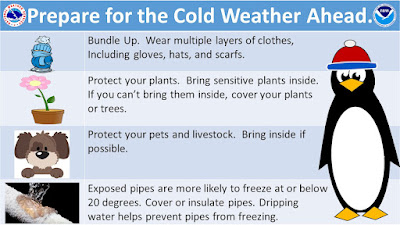 Temperatures start to creep back up into the 50s on Monday, which is actually when our next chance for rain presents itself. A strong upper level trough pushes its way across the U.S. early next week, bringing about a storm system across the southern Plains into the Mid-South. Our chances for rain extend from Monday night into early Tuesday morning. Right now I’m looking for somewhere between a quarter and a half of an inch of precipitation with areas south of Memphis (again) receiving higher amounts. Rain gives way to a drier pattern in the middle of the week, but cooler temperatures stick around with highs in the upper 40s/low 50s through the end of the week.