It is snowing around Northwest Washington….from the northern Olympic Peninsula, to Victoria and the San Juans to Whatcom County….and central Puget Sound is next.

And you can thanks an extraordinarily strong front for the white action.  This is very good example of how precipitation intensity can bring the snow level down to the surface when temperatures are right on the edge for snow.

But first some pictures to “warm up”.

Here is a snowy scene near Bellingham from a WSDOT cam looking at I5. 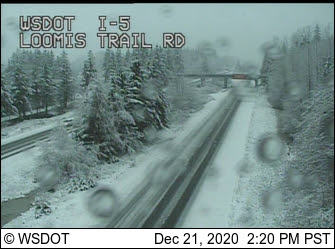 And definitely some snow around the Peace Arch near the international border. 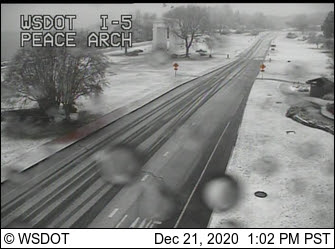 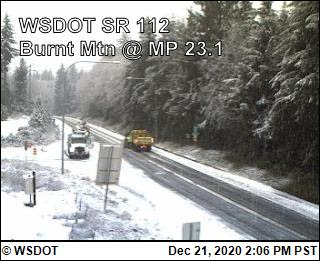 And there are many reports of snow around Port Angeles…some folks have an inch already. 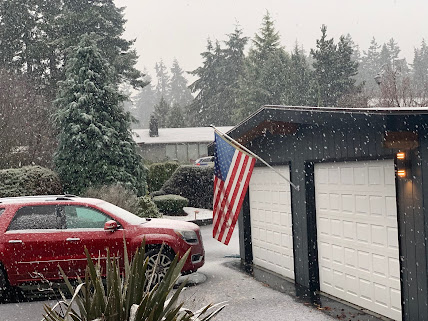 An extraordinarily strong front is moving through the region right now with an INTENSE temperature gradient and driving rain.   Rain is hitting my windows in waves and there is practically no visibility.  My little dog is getting scared from it.

Here is the latest radar image (from Radarscope).  Wow.   Red is intense rain…and I can assure you I am observing that right now. 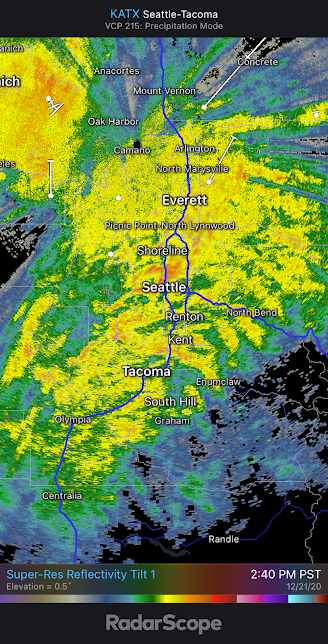 There is an extraordinary temperature change across is front.   As it crossed the WA coast near Forks, there was first a warm frontal passage (temperatures zoomed up) and then as the front went through the bottom dropped out.

And now it is happened here in Seattle.  I can’t believe this is happening....the temperatures are dropping so rapidly the windows in my office are clouding up….I have never seen this (see image). 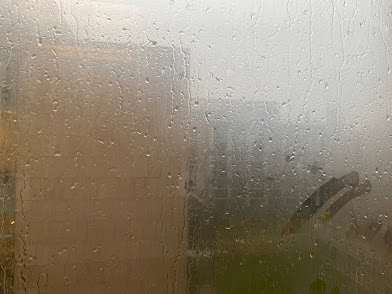 And look at the observations on the roof of my building (below).  During the past few minutes, as the winds switched from southerly to northerly, the temperatures dropped from around 14 C (57 F) to 5 C ( 41F)…and it is still dropping.  You just don’t see that around here very often.

An hour-old map shows the contrast: 56 F a the UW, but 41F near Edmonds…with a 180 degree difference in direction.  Impressive. 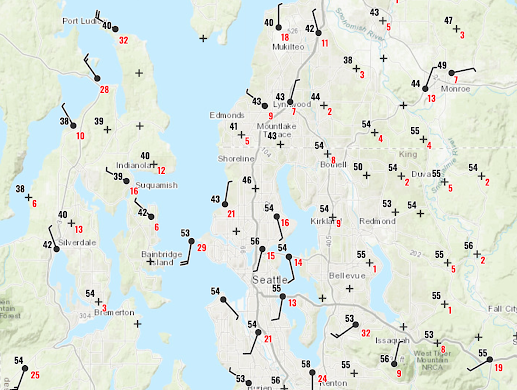 The last NOAA HRRR forecast for total snowfall by 8 PM tonight is shown below: 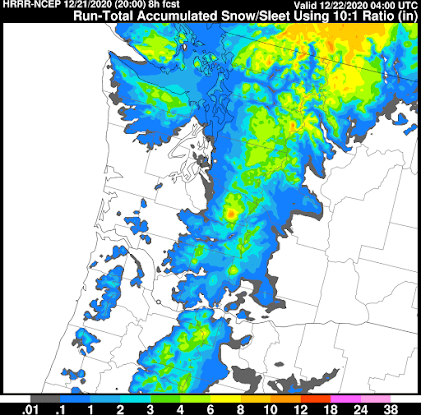 Even near sea level, some wet snow could well mix in.   But I must stress that snow accumulation will be much less, particularly since temperatures are so warm.  Here is the predicted snow depth at the same time. 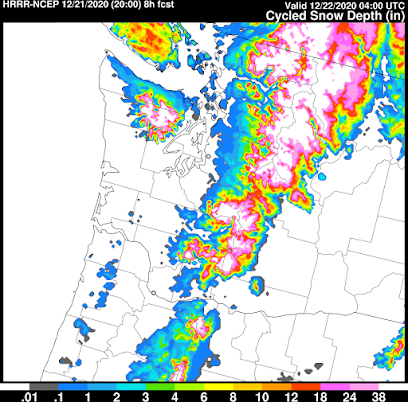 Anyway, a really exciting situation.  And keep in mind that only because intensity is high–resulting in mega cooling from melting and evaporation, is snow able to get to near the surface for these marginal temperatures.