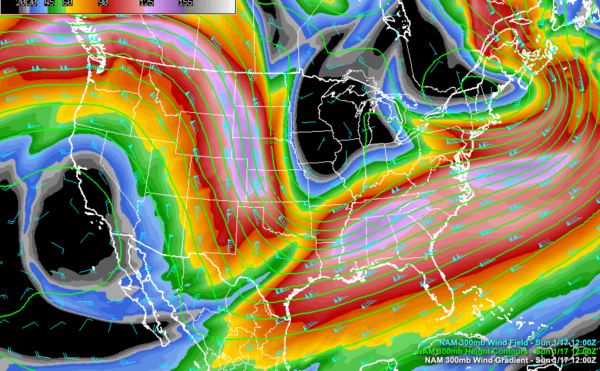 Clouds increased overnight as an upper-level shortwave approached. It would have showers, but the system is starved for moisture. Sunshine will return gradually today, and in keeping with recent trends, it will turn a bit breezy. Highs today will be in the upper 40s to mid 50s. Lows tonight will be near or below freezing.

THROUGH MIDWEEK: High pressure will build over the state by Monday. An approaching front could trigger a few light showers late Tuesday night into early Wednesday, but the rain chances are small. Monday’s high will be in the lower 50s, with upper 50s Tuesday and Wednesday. Overnight lows will be in the 30s.

NEXT WEATHER MAKER: Another approaching upper-level disturbance will bring a chance of rain back by late Wednesday night into early Thursday. A frontal system will stall over Alabama, keeping rain chances in the forecast through Friday.

WEEKEND OUTLOOK: Saturday and Sunday should be dry and seasonal.

ADVERTISE WITH US: Deliver your message to a highly engaged audience by advertising on the AlabamaWX.com website. The site enjoyed over 20 MILLION page views in the past 12 months. Don’t miss out! We can customize a creative, flexible, and affordable package that will suit your organization’s needs. Contact me, Bill Murray, at (205) 687-0782, and let’s talk.

WEATHERBRAINS: This week, the panel will entertain Steve Weiss and Roger Edwards of the Storm Prediction Center. We will be celebrating the life of Bob Johns. Johns was a long time hero at the SPC. Check out the show at www.WeatherBrains.com. You can also subscribe on iTunes. You can watch the show live at live.bigbrainsmedia.com or on James’ YouTube Channel You will be able to see the show on the James Spann 24×7 weather channel on cable or directly over the air on the dot 2 feed.

ON THIS DATE IN 1999: A storm system, unusually strong for the time of year, produced several tornadoes over Arkansas and western Tennessee, that killed eight and injured 131. Damage totaled $40 million. Hardest hit was Jackson, TN, where two separate tornadoes (one an F3, one an F4) struck the northern and southern sections of the town. Two hundred homes were destroyed, three hundred others damaged. Six people died in Jackson. Follow my weather history tweets on Twitter. I am @wxhistorian at Twitter.com.

7:00 AM | *Noticeable improvement today, but colder and windy next couple days…big warm up arrives here next Tuesday/Wednesday* — Perspecta Weather