?It was a hot and humid Saturday across North and Central Alabama. High temperatures included 93F at BHM and 94F in Tuscaloosa. It was not the hottest day so far this year in Birmingham, but the second, second to Friday, when it was 94F. Storms developed during the afternoon and moved north in a deep moist flow. A couple of them managed to become severe, including one over western Jefferson County that produced hail the size of half dollars, ping pongs, and eggs. A couple of waves of storms moved across the extreme northern part of the state and prompted a couple of severe storms across the Tennessee Valley. One in Shelby County downed trees near Chelsea. 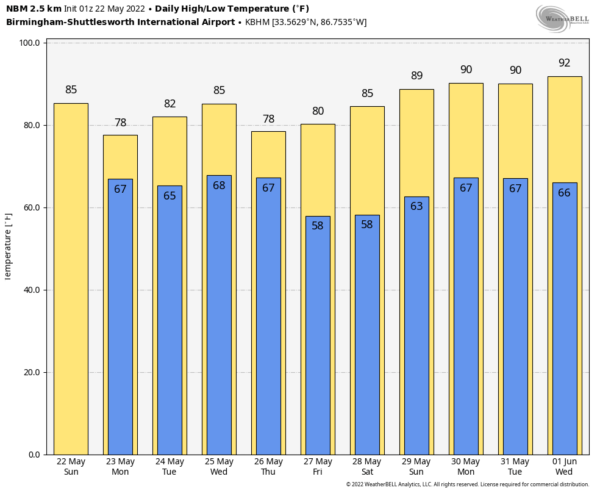 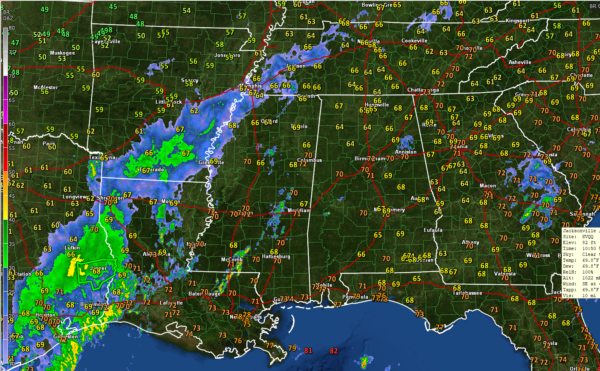 THIS MORNING: A cold front is approaching Memphis early this Sunday. Ahead of it, there is a warm, moist atmosphere in place. Scattered showers and storms will form in this soupy airmass this morning, becoming more widespread this afternoon. A few of the storms could be on the strong side again, with hail and strong wind gusts. No tornado threat. Highs this afternoon will rise into the upper 80s to near 90 degrees. Skies will be partly sunny to mostly cloudy at times. Rainfall amounts should be between ¼ and ½ inches.

RAINFALL: Speaking of rainfall amounts, we can use some. The Birmingham Shuttlesworth International Airport has only picked up 0.01 inches of rain since the 0.34 that fell on May 1. Indications are that the rainfall amounts will be plentiful, around 4 inches over the next two weeks.

THE UPPER AIR TEA LEAVES: The upper pattern across North America is changing. Right now, we have a trough to the north and ridging over the Southeast. The ridge weakens through midweek though, and a deep trough swings out onto the Plains by midweek and across the Ohio and Tennessee Valleys by Thursday. A second one will follow by the weekend. It will hang around into the early part of June.

SHOWERS AND STORMS: The front should hang around just to our northwest through Thursday, keeping periods of showers and storms in the forecast the entire time. It won’t rain all the time, but rain chances will be high much of the time. High temperatures will back off into the upper 70s to lower and middle 80s. Lows will be in the middle 60s.

MEMORIAL DAY WEEKEND: Get ready for an absolutely perfect Memorial Day weekend. At least through Sunday. Rain will try to return ahead of a cold front on Tuesday the 31st. Highs on Friday will be in the upper 70s, rising into the 80s Saturday and Sunday. Lows will be in the 50s Saturday morning, and 60s Sunday and Monday.

BEACHCAST: Rain and storms will be fairly widespread along the beautiful beaches of Alabama and Northwest Florida through Thursday, with high pressure and nice weather just in time for the Memorial Day weekend. Highs will be in the 80s and lows will be in the 70s. One other issue is that rip currents will be a problem through Friday morning. 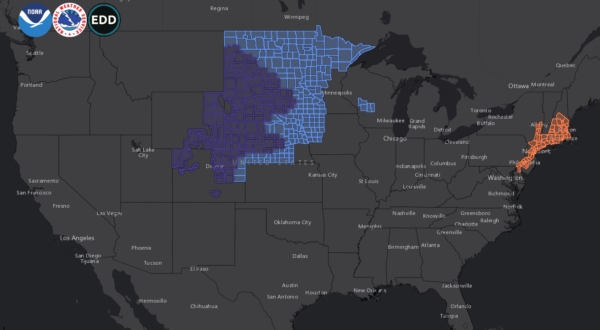 NATIONALLY: Widespread frost and freezing conditions extend from the Rockies to the Northern Plains this morning, associated with that very cold trough. Snowfall amounts in the Denver area were impressive. Up to two feet in the mountains and foothills. Up to 20” of snow fell across the Palmer Divide as well.

DANCING WITH THE STATS: The 94F at Tuscaloosa yesterday tied the record high for the date, set in 1970.

TROPICS: Hey, what happened to our GFS tropical storm? It is has disappeared from the models. Still, a very active hurricane season is coming. Stay tuned.

WEATHERBRAINS: This week, the panel will entertain Dennis Feltgen, who is retiring from the National Hurricane Center after a long career as the Public Relations Officer. Check out the show at www.WeatherBrains.com. You can also subscribe on iTunes. You can watch the show live at live.bigbrainsmedia.com or on James’ YouTube Channel You will be able to see the show on the James Spann 24×7 weather channel on cable or directly over the air on the dot 2 feed.

ON THIS DATE IN 1962: Continental Airlines Flight 11, en route from Chicago to Kansas City and then Los Angeles, broke apart near the Iowa/Missouri border. Debris rained down over a twenty-mile path. . At first, the cause of the crash was believed to be a tornado or extremely heavy turbulence. It was later discovered that dynamite, placed in the jet’s lavatory by a suicidal passenger, brought down Flight 11 and killed all 45 people aboard. Thomas Doty, 34, of Kansas City, took out more than $300,000 in life insurance before he boarded the plane with plans to explode it. At the time, he decided to commit suicide rather than face charges of armed robbery and carrying a concealed weapon. Follow my weather history tweets on Twitter. I am @wxhistorian at Twitter.com.