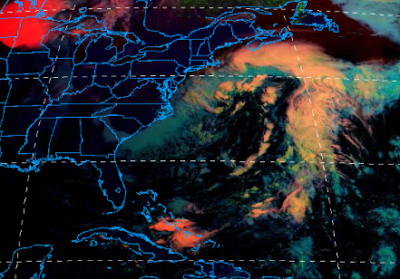 This is our coastal mess….

..amorphous mass of wind and weather.

Over a large area slamming the coast with weather.

Today is a good day to discuss the term “subtropical storm” as it rears it’s head up often early in the season and always people are confused. At the same time, even more confusing, subtropical storms can transition into tropical storms which further confuses people. Add in Coastal Storm that is often used two ways in that one it “rides up the coast” or it “impacting a large stretch of coastline” and yes sometimes one gives birth to another. Isn’t tropical meteorology a bit like a science fiction movie at times with award winning special effects! 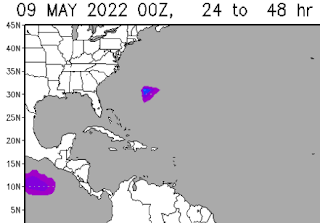 Large purple banner means this whole region North and South of OBX (Outer Banks) will be dealing with high surf, huge waves and strong wind. There is always an inherent Rip Tide concern in these areas so walk on the beach, feel the wind, stay out of the water! 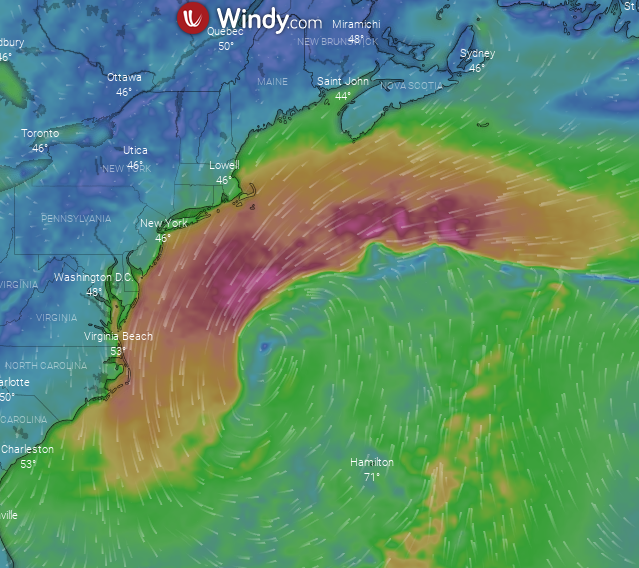 Now we look at the image from www.windy.com and if you look carefully it is pinwheeling somewhat around a small center, but the WEATHER is FAR REMOVED from the “center” and that is typical of a subtropical storm (should it evolve) and it’s a “COASTAL STORM” as it’s impacting a huge part of the coastline. Far to the South there will be swells and other impacts. Tropical Storms idealistically have the strongest winds, around a tight center.

I use the words “evolve” and “transition” because that is what large systems such as this that seem to have some sort of “center” or let’s say low pressure sysrtem attached can evolve over time into a tighter storm that resembles, but is not, a tropical storm known as Subtropical! Sometimes messy areas of weather work their way South or “retrograde” into warmer waters that activate a process where they evolve into a subtropical or tropical storm. It’s also possible they just remain a no name , regular Storm!

Really only time will tell regarding this STORM but either way it’s creating beach erosion, high tides, deadly rip tides, strong winds battering whatever buildings are built along the shore.

What is in a name?

You watch and monitor the weather so that you do not get stuck in it without warning. You monitor the weather so you know to secure your property on the coast. You watch the weather to know whether to take a hoodie with you in Raleigh this morning when it was in the mid 40s! We are getting a strong feed of wind out of the North thanks to a frontal passage and the weather maker off the coast where coastal flooding is a problem!

It’s a storm. It may be more. Keep monitoring it. 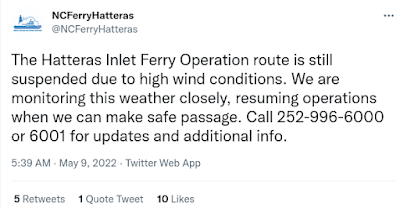 Have a good day.

Ps …Shout out to Dabuh for being so you! He knows surf, weather and music! Home Run!! Love how his mind works!! 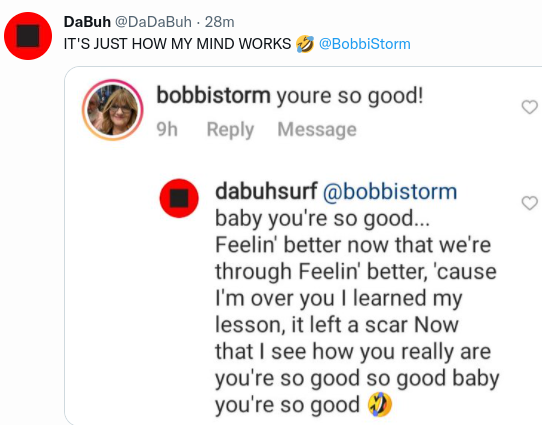 music link in case it doesn’t show, because you never know these days: