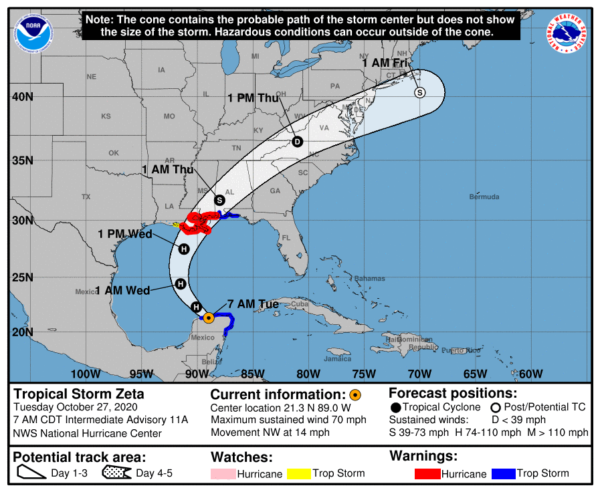 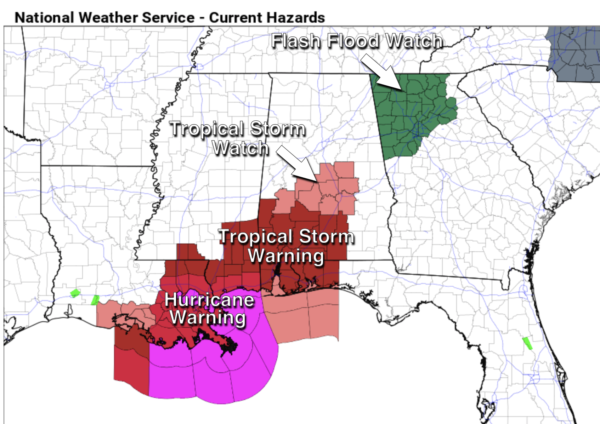 DISCUSSION AND OUTLOOK
———————-
At 700 AM CDT (1200 UTC), the center of Tropical Storm Zeta was
located over the northern Yucatan Peninsula near latitude 21.3
North, longitude 89.0 West. Zeta is moving toward the northwest
near 14 mph (22 km/h), and this general motion is forecast to
continue today. Zeta should turn toward the north tonight, and a
faster northward to north-northeastward motion is expected on
Wednesday. On the forecast track, the center of Zeta will move over
the southern Gulf of Mexico later this morning, and over the central
Gulf of Mexico tonight. Zeta is forecast to approach the northern
Gulf Coast on Wednesday, and make landfall within the hurricane
warning area late Wednesday or Wednesday night. 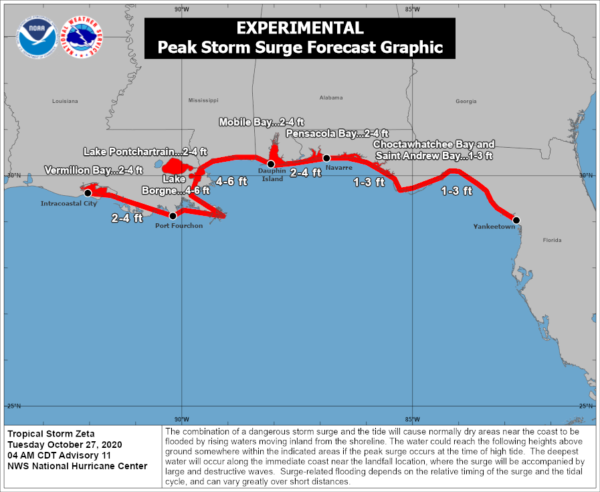 STORM SURGE: A dangerous storm surge will raise water levels by
as much as 2 to 4 feet above normal tide levels along the immediate
coast in the Tropical Storm Warning area in Mexico within areas of
onshore winds.

Along the northern Gulf coast, the combination of a dangerous storm
surge and the tide will cause normally dry areas near the coast to
be flooded by rising waters moving inland from the shoreline. The
water could reach the following heights above ground somewhere in
the indicated areas if the peak surge occurs at the time of high
tide… 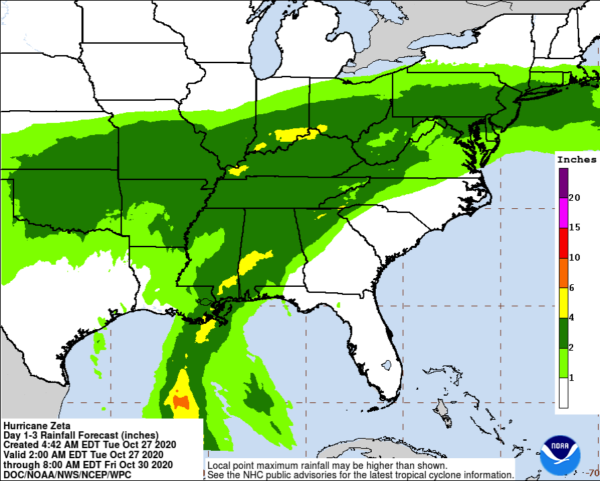 RAINFALL: Rainfall totals of 4 to 8 inches with local amounts of 12
inches are possible through Tuesday along and east-northeast of
Zetas track across the Yucatan Peninsula of Mexico and the Cayman
Islands. An additional 1 to 3 inches of rain will be possible across
western Cuba through Tuesday.

An initial area of heavy rains will begin to impact the central Gulf
Coast tonight, spreading north into the Tennessee Valley on
Wednesday. The core of the heavy rains associated with Zeta will
push northeast from eastern Louisiana, across southern Mississippi,
Alabama, northern Georgia through Wednesday night, and through the
southern Appalachians into the Mid-Atlantic on Thursday. Rainfall
totals of 2 to 4 inches with isolated amounts of 6 inches are
expected across these areas, resulting in flash, urban, small
stream, and minor river flooding. 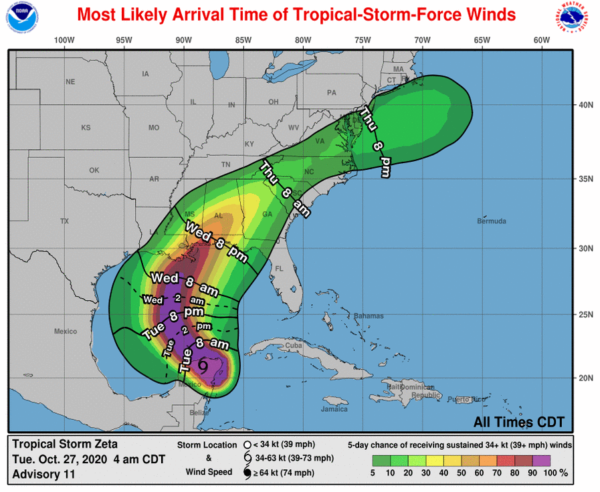 WIND: Tropical storm conditions will continue within the warning
area in Mexico this morning. 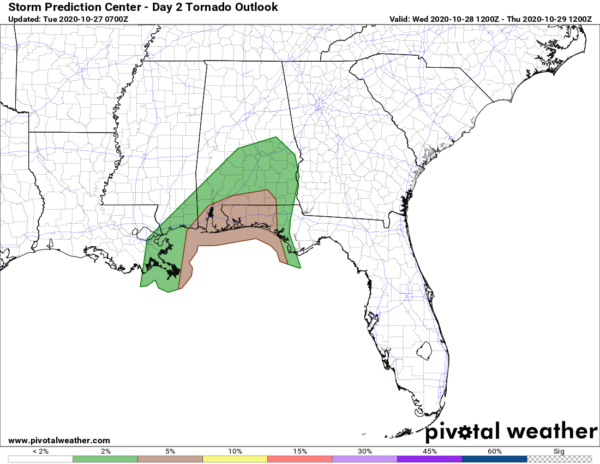 TORNADOES: A few tornadoes are possible Wednesday and Wednesday
night over southeastern Mississippi, southern Alabama, and the
western Panhandle of Florida.