Spring has definitely sprung across the region, though with a few bumps along the way (like Friday’s high of 50° that led into a light frost Saturday morning), but now there is no doubt we are in “The Pollening” (can I get an AMEN from those who park outside??)! 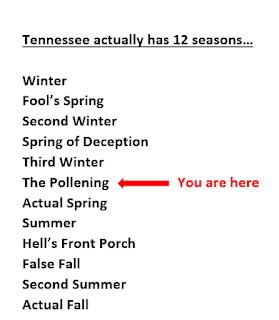 With spring comes the potential for severe weather, as we are now in the heart of spring storm season as well. We were fortunate to make it through a couple of side-swipes by Mother Nature over the past 10-14 days, but the week ahead looks like it could be rocky once again. Overall, the general pattern is fairly well fleshed-out, but the details are still TBD, which means there is still some uncertainty in the forecast. Let’s dive in to what we know and don’t, under the overall theme of “be weather aware,” especially through mid-week.

Very gusty south wind has been bringing moisture levels back up today as temperatures rose to about 30 degrees warmer than just two days ago, topping out near 80. The warmth and southerly flow sets the stage for multiple rounds of inclement weather the first half of the week. Starting tonight, we’ll see increasing clouds and mild temperatures in the 60s. By morning, an initial wave of showers – possibly a non-severe thunderstorm – arrive early with a chance of showers continuing into the mid-day hours. Gusty south wind will continue, but not as strong as Sunday, allowing highs to reach the mid 70s under abundant cloud cover.

By early Monday evening, a cold front approaches from the northwest. It is expected to fire off storms in AR and southern MO, some of which could be severe, that push into the metro. It remains to be seen how long they maintain some level of strength and how far southeast they go, but I expect we’ll see scattered showers and thunderstorms after 8pm or so Monday evening, lasting well into the night.

The best chance of severe storms – with hail, strong wind, and maybe a stray tornado threat – will be late evening, or about 9pm to midnight-ish. The higher chance of severe storms will be to our west, but we are included in a Level 2 risk for Monday night in most of the metro. While Wednesday will get all the publicity, let’s first not overlook Monday evening, and be prepared in case a severe storm comes knocking around bedtime. 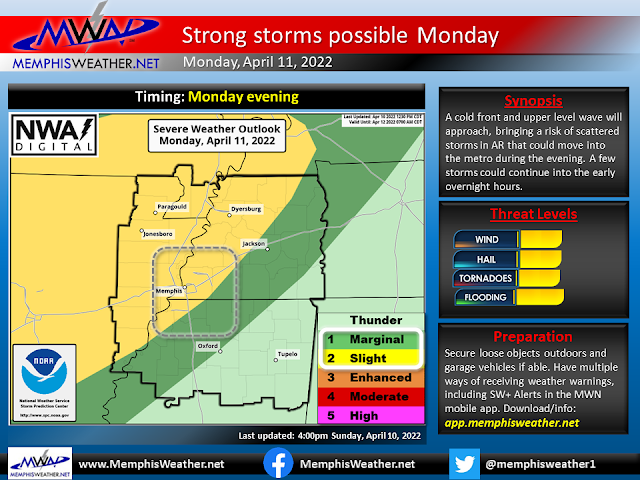 As we head into Tuesday, the severe weather threat shifts well to our west, in the Plains, where some very strong storms and tornadoes are possible. Locally, a few showers are possible and wind continues to crank at 20-30 mph from the south, pushing highs back towards 80 once again. Another warm and breezy night is expected Tuesday night with lows in the mid 60s. We could start to see some “runaway” showers or storms from our west infringe on Mid-South airspace Tuesday night, but those appear most likely as we head towards dawn Wednesday morning.

Once we get through Monday evening’s modest threat, the focus clearly is on Wednesday. A very large area, including the Mid-South and areas to our west, is outlooked for severe weather at the equivalent of a Level 3 risk as of this writing, but with a decent chance of being elevated further come Wednesday. A potent upper level system, cold front, and strong winds and shear will be capable of producing both discrete (stand-alone) supercell storms, as well as an eventual squall line with embedded severe storms. This means all hazards (damaging wind, large hail, tornadoes, lightning and torrential rain) are possible, and we will likely see multiple rounds of storms.

Starting early, models are hinting at some early-day convection, possibly before sunrise and into the morning hours, moving out of AR and across the area. A few of these could be strong and worth keeping an eye on, though it is likely that the main threat would be gusty wind and hail with these.

After they move out by mid-day, it appears the next threat will be during the afternoon hours. This is where the confidence drops a bit, particularly with the mode that the storms will be in. Supercell thunderstorms appear possible, though it is a bit early to know for sure if they will occur this far east. (I do suspect that risk is a bit higher to our west.) If they were to occur, tornadoes and large hail would be possible with the damaging wind threat.

By late afternoon or evening, the front itself moves in. Storms to our west are likely to coalesce into a squall line and sweep through the area. This scenario could be more like the one from two weeks ago on a Wednesday, where a well-established line moves through with a damaging wind threat, but also embedded circulations that could produce tornadoes.

All of that said, Wednesday will be a Weather Alert day and you should be keeping a close eye on the forecast and making plans for potential severe weather. Being 72 hours or so out, there are unknown details – timing, storm mode, threats, etc. – so stay in touch and review the tips below. It is possible that with enough morning precipitation, the afternoon threat will be tempered a bit. Obviously, as typical, a lot of sunshine and higher than expected temperatures would not bode well as instability (storm fuel) would be higher. 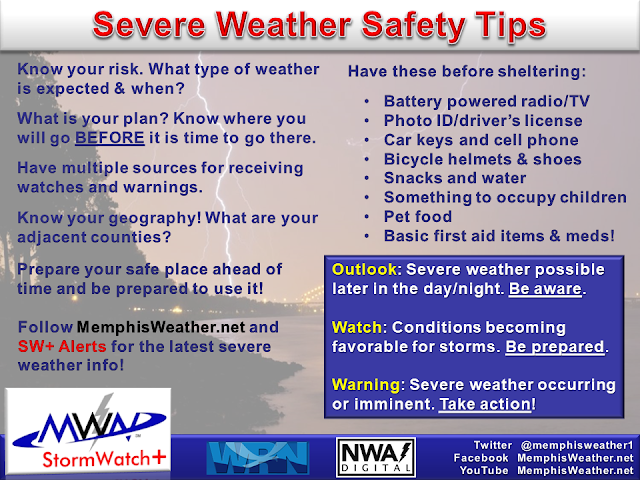 Once the cold front moves through Wednesday evening, a cooler and more settled pattern arrives for a couple of days on Thursday and Friday. Thursday in particular should be very nice – sunny skies, highs in the upper 60s following lows in the upper 40s, and light wind. More clouds will slide in on Friday but we expect it will continue to be dry. Morning lows will be in the upper 40s and highs in the lower 70s with an easterly breeze.

It’s about a week out, but an unsettled pattern could return for Easter weekend. I’m more concerned about Easter Day than Saturday. However, a few showers could return on Saturday as wind switches back to the south and humidity values start to rise again as temperatures reach the mid 70s. Overall, it does not appear to be a wash-out kind of day, so it might be the best option for outdoor egg hunts.

By Sunday, another potentially strong front is knocking on our door, which will usher in another round of below normal temperatures to start the following week. Any time there is a pattern flip on the horizon this time of year, the antennae go up… I’m carrying scattered showers and thunderstorms and mild temperatures in the forecast for Easter Day right now – with a giant “TBD” on anything more than that. If you have a plan A for Easter Sunday, you might as well have a plan B!

So for this week, we encourage you to just “be prepared, not scared.” It’s been an active spring, so you should have your safe place and warning methods ready by now just in case, as well as your alternate plans if the weather dictates. We’ll continue to bring you the latest on our social media feeds. 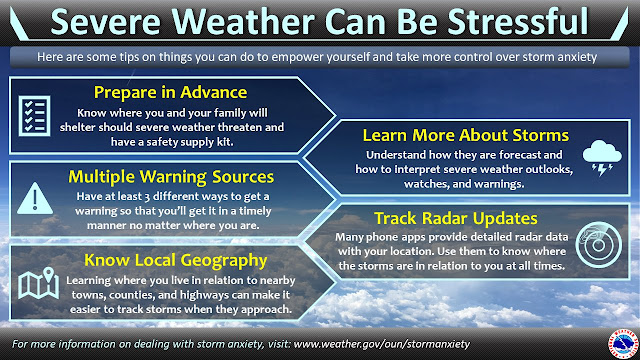