A dynamic winter storm system moved across the greater Memphis metropolitan area over the past 24 hours! Starting with the arrival of a light coating of ice last evening, the storm picked up steam in the wee hours Friday, arriving with a boom for many – in the form of “thunder-ice” about 4am!

If you had “freezing rain, sleet, hail, and thunder simultaneously” on your 2021 Bingo card, congratulations! In actuality, a few strong cells did produce lightning, thunder, and in some spots small hail amongst the ongoing freezing rain in 30 degree temperatures! (And clearly, that can all happen at the same time. But you need just the right conditions, including instability riding over a cold and stable lower layer of air. Eat your heart out Jim Cantore!)

By the time precipitation tapered off mid-morning, about a quarter inch of ice accumulation was left behind, with scattered power outages and partially slickened streets, and widespread gratitude that it was not any worse. (See my Twitter feed for lots of pics of ice across the Mid-South, like the one from @kwhoover below!)

Later in the afternoon, as cold, damp air hung over the metro with pockets of freezing drizzle and mist in the air, some folks in Midtown started sharing their pics of steady snowfall. Looking at radar, it was clear there wasn’t any widespread snowfall occurring (nor expected). However, a narrow plume of echoes was evident in a north-south orientation from the western side of north Memphis south over the western loop of I-240 and into Midtown.

After a quick exchange with the NWS on the possible cause, it was determined that it could be coming from a factory or plant of some sort that was exhausting steam into the cold air. The introduction of a heat source and abundant moisture into an already moist and cold low level airmass could indeed result in man-made precipitation. The wind trajectory from NNE to SSW would move the saturated water molecules downwind where they would precipitate through a subfreezing airmass, resulting in snowflakes. Millions of them.

So I quickly determined it was time to snow-chase, hooked up with my good friend and today’s navigator, John, and we pointed the car towards Frayser.

Below are a series of tweets I posted after the chase to show you visually what I saw.

Interesting mesoscale process that produced snowfall from Frayser to Midtown this afternoon. After a “snow chase,” I believe I found the source of the heat/moisture that produced the 1-2mi wide band of snow – the Lucite plant on Hwy 51 in N. Memphis. #DontEatTheSnow https://t.co/SUPjZerK2a

Here’s a (pretty poor) pic of the plant. The snow band had stopped when I got there, but there was still a lot of steam in the area. https://t.co/RKAXCVcpch

And here’s video as we crossed through the ~1.5 mile wide band of snow downstream. There definitely was a coating of snow that did not exist on either side of that area! https://t.co/R6OeCVrWeR

Finally, here’s a radar loop of the snow falling downstream from the source, the steam-producing plant in N. Memphis. The excess moisture produced by the plant is thought to have triggered a “snow generation” process downwind. Midtowners, you can thank @Lucite for your snow! pic.twitter.com/UXFeVFr8mx

So the answer is yes, man-made processes can indeed produce a change in the atmosphere that affects weather several miles away, at least in this “mesoscale meteorology” example!

For those wondering about the weather for the next week or so, we’ll cover the #StupidCold temperatures and the potential for a few more winter weather events in separate blogs and our social media feeds as the crystal ball becomes clearer. In the meantime, check out forecast anytime via the MWN app (link to download below) and anytime the actual low temperature approaches 20 degrees, these tips might save you thousands of dollars: 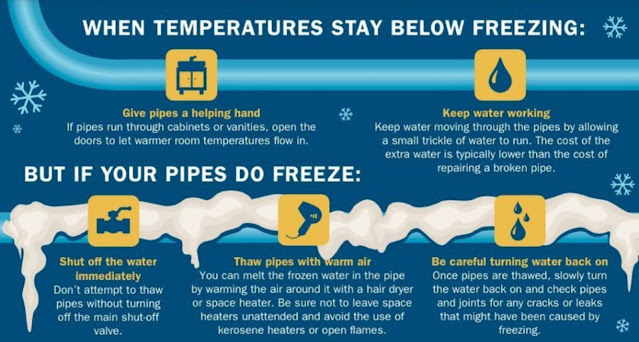