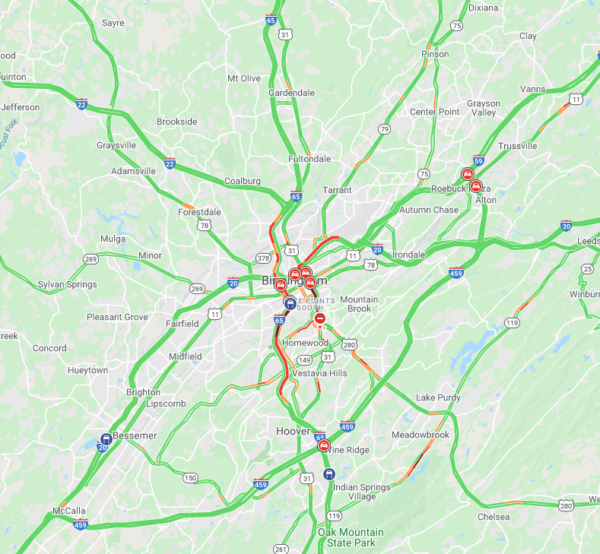 There have been several accidents reported on the highways this morning across the Birmingham Metropolitan Area along with slick spots. Temperatures are still below freezing, so those slick spots may be there for a couple hours more. Please be careful when driving and give yourself plenty of time to get to where you are headed.

* WHAT…Visibility below one half mile at times due to freezing fog and low clouds.

* WHERE…Northwest two thirds of Central Alabama, generally along and northwest of Interstate 85.

* WHEN…Until 9 AM CST this morning.

* IMPACTS…Hazardous driving conditions due to low visibility and potential frost on bridges.

If driving, slow down, use your headlights, and leave plenty of distance ahead of you. Also, be alert for frost on bridge decks causing slippery roads.