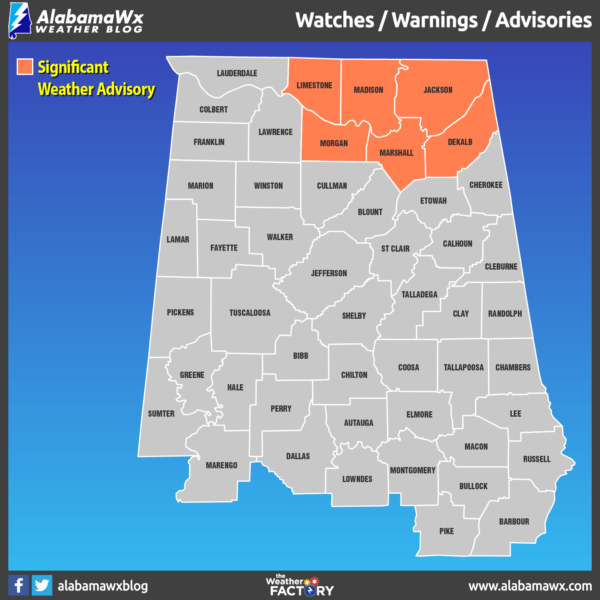 Significant Weather Advisory has been issued for the following counties in North Alabama until 9:00 pm tonight: Limestone, Madison, Morgan, Marshall, Jackson, and DeKalb. Here is the text from NWS Huntsville:

Scattered light snow showers are possible late this afternoon into the evening hours before tapering off shortly after midnight. Snowfall totals around a trace are expected in most locations. Some locations on the plateau areas of southern Middle Tennessee and northeastern Alabama could see isolated amounts up to one half of an inch, mainly on grassy areas.

In addition, temperatures will fall below freezing this evening, and any residual water from snowmelt may refreeze mainly on bridges and overpasses during the evening and produce patchy areas of black ice. Widespread travel problems are not anticipated. However, use caution when traveling on elevated roadways, bridges, and overpasses.