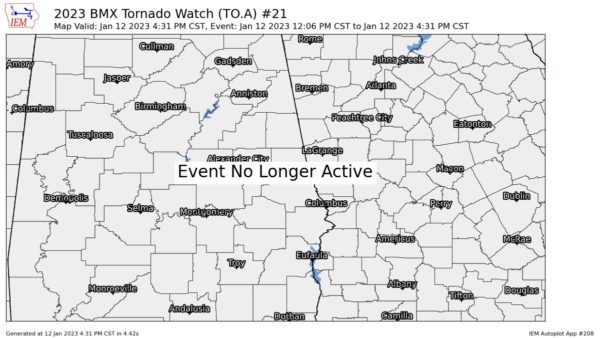 NWS Birmingham has cancelled the Tornado Watch for Barbour, Bullock, Lee, Macon, Pike, Russell counties in Central Alabama as the threat for severe weather has come to an end. 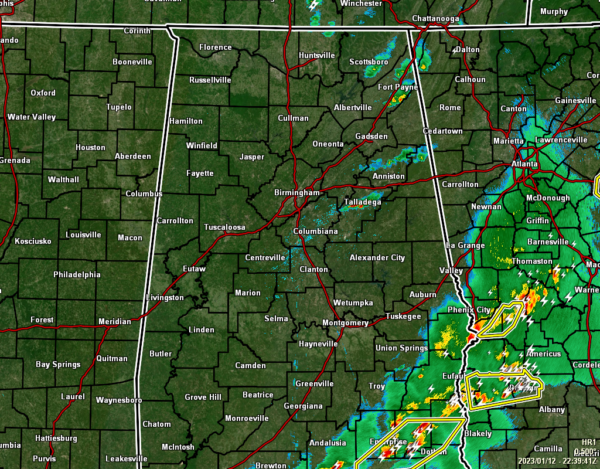 At 4:39 pm, we still have a few scattered showers and storms over the northeast quarter of the area, while the main line of storms continue to exit the southeastern parts of Central Alabama. None of the remaining cells in North/Central Alabama are strong, but we’ll be dealing with gusty winds for a little while longer. 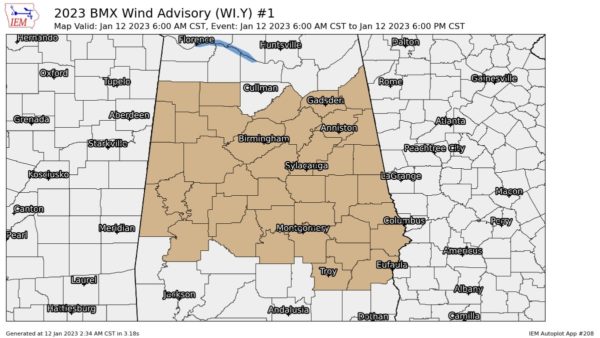 A Wind Advisory remains in effect to 6 pm this evening for all of Central Alabama as the pressure gradient remains tight. Sustained winds of 10-20 mph along with gusts of 30-40 mph can be expected through the end of the advisory period. 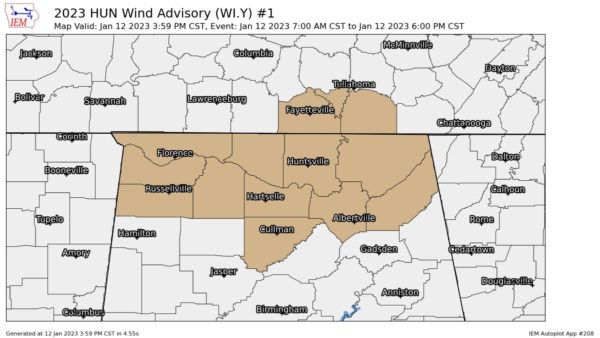 For those counties in the Tennessee Valley, it’s the same story for you. A Wind Advisory continues until 6 pm tonight.

Here are some Tweets of damage from around the area through Spann’s Twitter feed:

NEW: Curfew in effect in the City of Eutaw from 7pm to 7am. Streets are still impassable due to trees and power lines down. @abc3340 @spann #alwx pic.twitter.com/QZDm2Xkv0d

Unfortunately, there are way too many Tweets of damage to show in one post due to today’s severe storms. Please say a prayer for those affected. Please do not drive through these areas to see the damage. If you would like to help, reach out to those communities and see how you can safely do that.