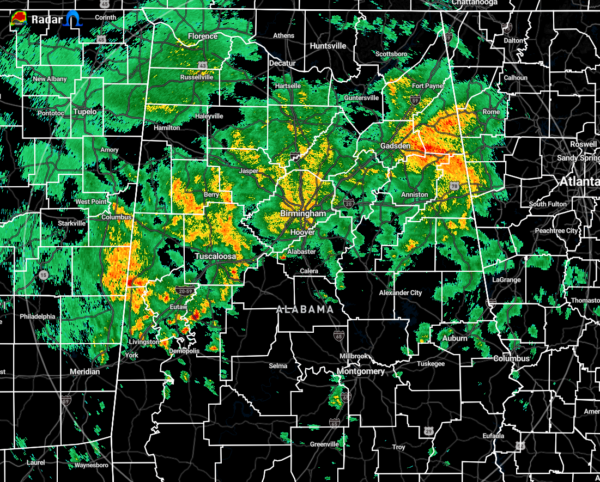 As of 8:12 pm tonight, we have a mass of light to moderate rain mainly along and north of the I-20 and I-20/59 corridors in North/Central Alabama, along with a few embedded pockets of heavy rain mixed in, especially in-between I-59 and I-20 in the northeastern parts of the area.

No severe weather watches or warnings are currently in effect for North/Central Alabama, but there are a few active severe thunderstorm warnings back in the southern half of Mississippi. 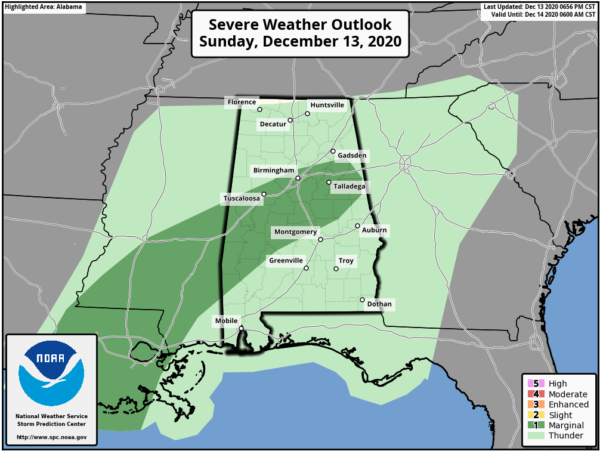 A Marginal Risk for severe storms has been added to portions of Central Alabama through the rest of the night tonight and into the early morning hours on Monday. The risk area includes locations along south of a line from Aliceville to Gardendale to Jacksonville, and along and north of a line from Roanoke to Wetumpka to a little ways south of Selma.

There is a very small threat of isolated damaging wind gusts or a brief tornado in the risk area from now through 6:00 am Monday morning. 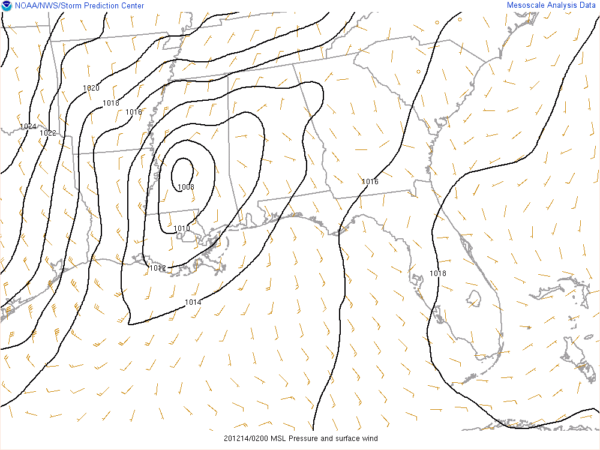 At this point, the strengthening center of low pressure is currently centered over southern Mississippi and will be advancing slowly northeastward that will take it roughly along the I-20/59 corridor later tonight and through the overnight hours.

Instability will build out ahead of the surface low and associated storms, but numbers still do not look all that impressive as those CAPE (instability) values remain lower than 500 J/kg. Even with that low amount, there will be plenty of shear involved as bulk shear values could reach as high as 60-65 knots. There will be plenty of helicity available as well, which means there is the potential for rotating updrafts.

If any severe weather does occur, it will take place south of the surface low as it moves through the area. That is why the northern parts of North/Central Alabama have not been included in the risk area.

We’ll continue to have updates through the night.