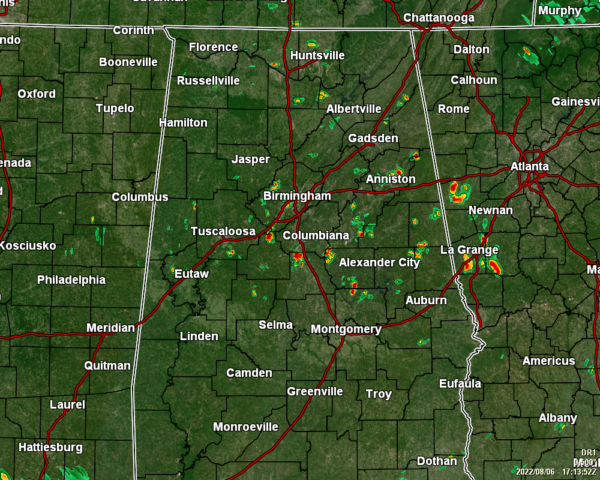 RADAR CHECK: As of 12:15 pm, we have several showers that have popped up over the central and northern parts of the area, while almost everyone else remains dry with hot temperatures. Those temperatures were in the upper 80s to the mid 90s, with Montgomery leading the way at 94º. Birmingham was sitting at 90º.

REST OF TODAY: No real change in what to expect today… partly sunny and hot, with a chance of scattered afternoon showers and storms. The higher chances look to be along and east of the I-59 corridor. Highs will top out in the lower to mid 90s. Much of the shower activity should dissipate during the evening hours, but one or two may last into the late night hours. Some patchy fog may develop in locations where rain has fallen late. Lows in the lower to mid 70s.

SUNDAY’S WEATHER: Scattered showers and storms look to fire up once again on Sunday during the late morning through the evening hours. Everyone will have a good chance of seeing rain, but the eastern 2/3rds of the area have the best chances. Highs will be in the lower to mid 90s. 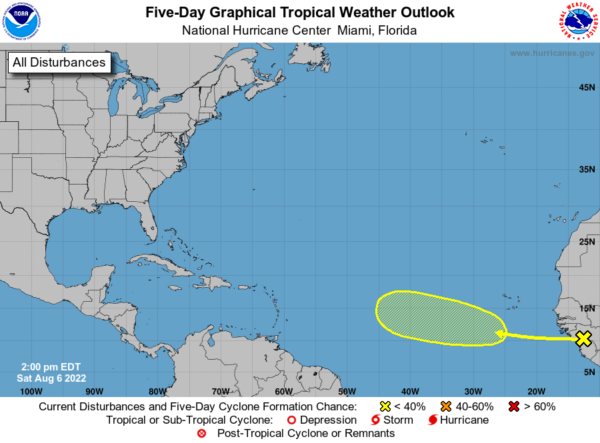 THE TROPICS: Well, the quiet streak of calm tropical weather has come to an end, as a tropical wave will move off the coast of Africa later tonight and move west-northwestward across the Eastern Tropical Atlantic. Some slow development is expected, but for now, it has been given a 30% chance of developing into a depression within the next five days. We’ll keep our eyes on it.