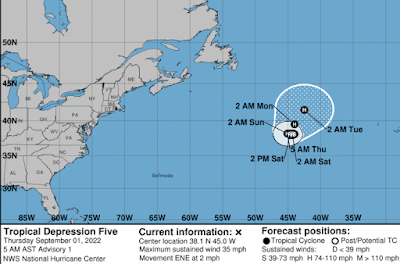 TD 5 going no where fast.

But will get a name. 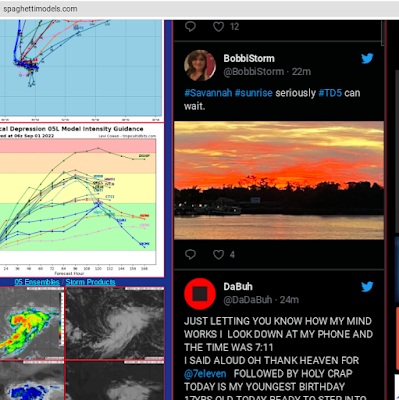 I’m in Savannah, woke up early before sunrise and took a long walk along the river. When on the road or out watching Sunrise I often scroll through the Twitter Feed on www.spaghettimodels.com as it gives me a good idea of what’s happening and what experts are thinking. 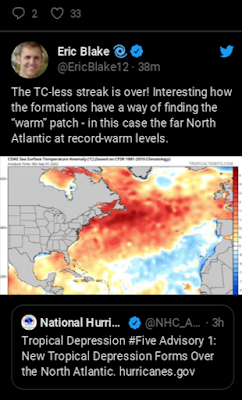 Good tweet from Eric Blake, what I’ve been thinking. With the water so warm up in the North Atlantic it was just a matter of time before that area hosts a named system. Record warmth levels and there we have Tropical Depression FIVE about to explode (to some degree) in the warm, North Atlantic. 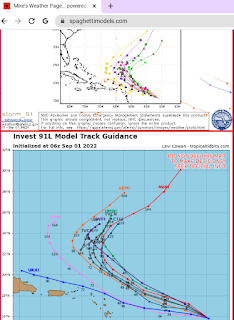 Honestly, I’m in one of my favorite cities. Ancestry research confirmed what I always suspected in that my roots in the South go deep and are far back as cousins moved about from one town to another making money wherever they could. I have distant cousins who were on some of the first boats to Savannah, a boat load of Jews actually who set sail in 1733 who arrived in Savannah and helped set up the first Synagogue and their descendants moved up and down the Carolinas, Georgia and Florida at whatever port town was most likely to support their growing family.   Always loved it here, love it wherever there is water or a river and ships going in and out to sea.

Currently no port city is worried on a strong Hurricane today. I can’t promise that 91L won’t have some tricks up it’s sleeve. Never, ever, never turn your back on a large stubborn tropical wave. Easy to believe it’ll just blow apart from shear but it’s a large, stubborn wave so keep watching it. Danielle will probably form from TD5 and dance up in the North Atlantic and the name Danielle (usually an ocean spinner that dances) will probably be around a long time.

I have places to go and things to see.

I’ll update if and when we finally get Danielle.