September is typically the second driest month of the year behind August, and September 2020 kept that statistic trending the right direction with just over 1.5″ of rain at Memphis International Airport and under 3″ in Bartlett. A large pat of that differential occurred on the 12th when Bartlett recorded over an inch of rain and the airport was under 0.10″. There were seven days with measurable rain for the month, right at average. 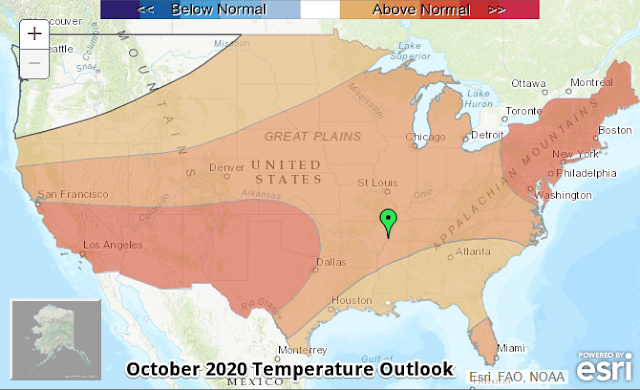 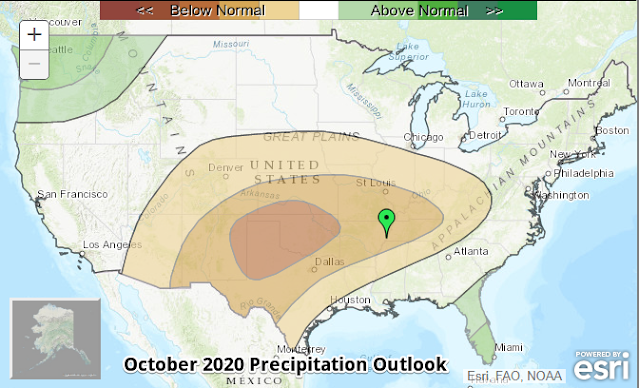 Precipitation is expected to be below normal in the central U.S., particularly in the Southern Plains with a signal for anomalously wet conditions in portions of the Pacific Northwest and Florida peninsula. For Memphis, odds favor below average rainfall (a 49% chance) versus only an 18% chance of above average rainfall. Precipitation historically averages only 3.98 inches in October.