One of the most enjoyable aspects of this blog is that readers send me cloud pictures for identification or discussion.

Most can be readily explained and others require some detective work.

But every once in a while I get a picture that stumps me, and today I will show you such an image.

I received this photo from a well-known photographer, Steve Mullensky of Port Townsend (his Facebook page is here and a story about him here.)

So this image is from a reputable individual and is not some photoshopped wonder. 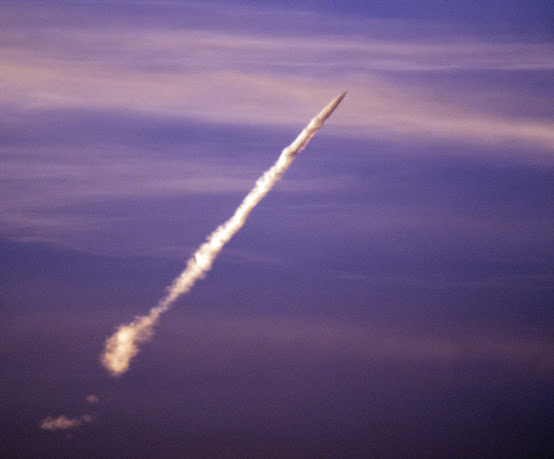 You got to admit this object looks like a missile with a trailing smoke plume.

But you need more information.  The image was taken at 7:11 AM on Tuesday, March 16th using a telephoto lens (2000 mm).  The picture was taken from Port Townsend looking east (he estimated 98 degrees from north, somewhere between Glacier and Del Campo peaks in the image below. 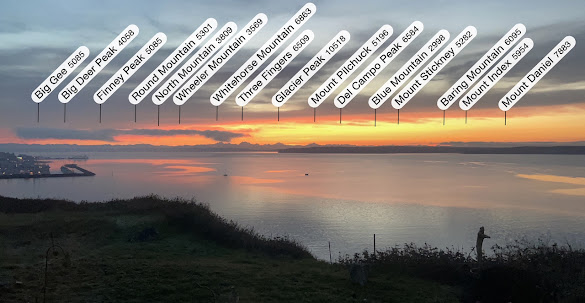 And he subjectively estimated that the image was roughly 100 miles away, but that could not be precise.

Thus, on a map the “object” would be roughly in the direction indicated (and I note 100 miles).  This direction does not pass over Whidbey Island Naval Air Station and runs north of the Everett Homeport. 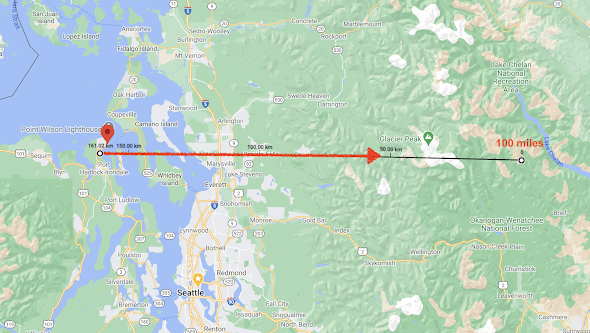 Mr. Mullensky provided some additional photos that seem to suggest that the object appeared to curve into more level flight (but one has to be careful with perspective here).

The “cloud” does appear to be below the level of some cirrostratus clouds above. 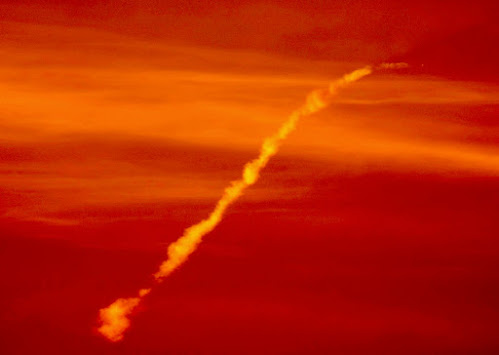 He also digitally enhanced an image that appears to show some solid object leading the strange cloud.  Does look like some kind of alien craft. 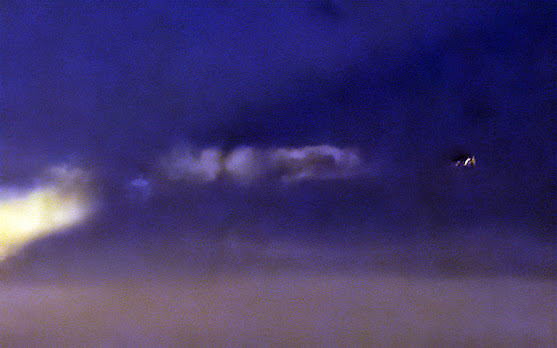 Trying to get some more information, I took a look at the first visible satellite available after the (7:36 AM) sighting (see below).  Some low clouds banked against the western side of the Cascades and lots of cirrostratus ice clouds aloft (the thin veil), with obvious aircraft contrails.

The image looking north from the Kitsap Peninsula supplied by Greg Johnson of Skunk Bay Weather shows the high clouds.  But no sign of the rocket cloud in any of his images. 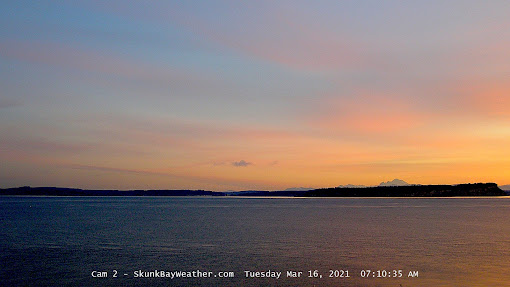 An important issue for producing clouds is the degree of air saturation, something that can be estimated by the vertical sounding of a balloon-lofted radiosonde at Forks, on the Washington Coast (see below).   The nominal time is 5 AM March 16.

Temperature is in red, dew point is the blue dashed line.   When the two are close together, there is saturation–which means clouds.   You can see a layer in which they nearly touch, around 30,000 to 35,000 ft.  That is probably associated with the high ice clouds I mentioned.  But the air is reasonably close to saturation below, down to around 18,000 ft.

OK, so what could be the explanation of all this?

1.   There was a secret rocket launch.   Not my favorite.

2.  Some kind of alien craft.  Even less of a favorite

3.   A high-performance military aircraft from Whidbey accelerated vertically and caused the air to become saturated, producing a contrail.   My top choice at this point.

4.  A commercial aircraft rising to cruise altitude….but from where?  Paine Field?

One thing in support of (3, 4) is the suggestion of two smoke/contrail plumes coming off the object (see below). 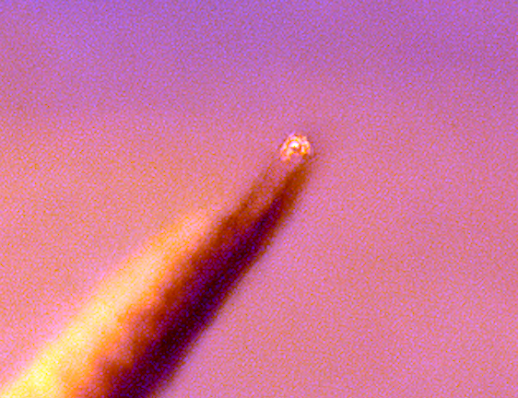 Anyway, this one is a mystery and if anyone has some ideas or information, I would be very interested to hear your thoughts. 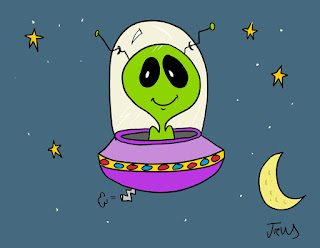