SCATTERED SHOWERS LATER TODAY: Moisture levels will rise statewide today, and we will see random, scattered showers and thunderstorms later today and early tonight, generally between noon and 10 p.m. Odds of any one location seeing rain is 25-35 percent… otherwise expect a partly sunny sky with a high in the 87-90 degree range. Humidity levels will be higher today.

THE LABOR DAY WEEKEND: The sky will be occasionally cloudy tomorrow through Monday with scattered to numerous showers and thunderstorms each day. Understand this doesn’t mean the weekend will be a “washout”… the sun will be out at times. But, expect a passing shower or storm from time to time. While most of the showers will come from noon to midnight, we can’t rule out some late night or morning rain as well. The chance of of any given spot seeing rain each day is 60-70 percent, and highs will be the low to mid 80s.

No way of knowing in advance exactly when and where the showers will be located… if you have something planned outdoors just be sure and watch radar trends. No severe storms are expected, but the showers will be efficient rain producers thanks to high precipitable water values.

NEXT WEEK: Showers should become a little fewer in number as an upper ridge tries to build, but there will be some risk of scattered, mostly afternoon and evening showers or storms Tuesday through Friday with highs in the 84-88 degree range most days. See the daily Weather Briefing video for maps, graphics, and more details. 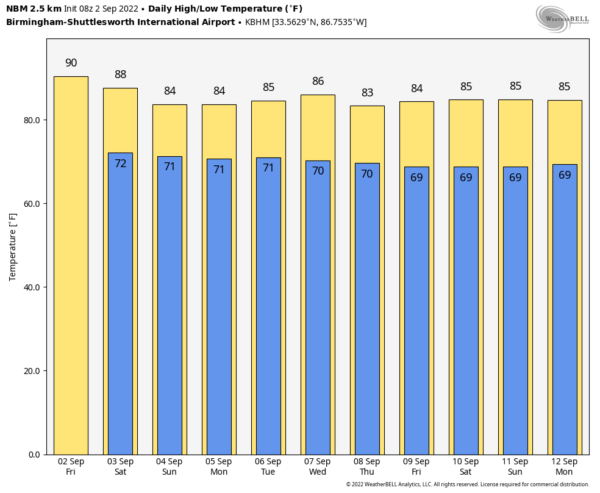 TROPICS: Tropical Storm Danielle in the North Atlantic will likely become the first hurricane of the season this morning. Thankfully it will remain far from land; about halfway between the U.S. and Europe. 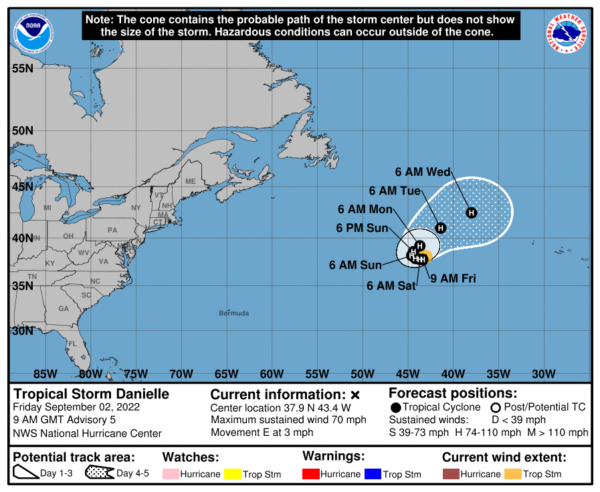 Elsewhere, a tropical wave in the eastern Atlantic will likely dissipate soon due to dry air. Another wave, Invest 91L, is several hundred miles east of the Leeward Islands. It has a 70 percent chance of becoming a tropical depression or storm over the next five days, but it will turn north, and then northeast well east of the U.S. No tropical systems are expected to be close to the Gulf of Mexico or the U.S. over the next 7-10 days. 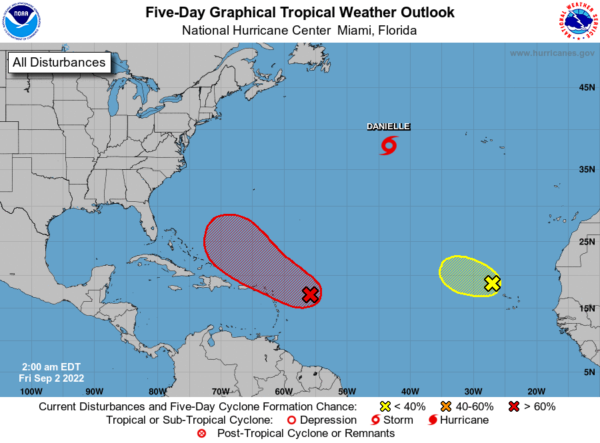 FOOTBALL WEATHER: Auburn begins their season tomorrow evening; they host Mercer at Jordan-Hare Stadium (6:00p CT kickoff). A shower or storm is very possible during the game; the sky will be mostly cloudy. About 81 at kickoff, upper 70s for most of the game.

The compact and intense hurricane caused catastrophic damage in the upper Florida Keys, as a storm surge of approximately 18 to 20 feet swept over the low-lying islands. The hurricane’s strong winds and the surge destroyed nearly all the structures between Tavernier and Marathon. The town of Islamorada was obliterated. The hurricane washed an eleven car special train off the track soon after reaching the stricken area. The train was trying to rescue 683 World War I veterans in a rehabilitation camp, of which around 250 died as a result of the hurricane. The veterans, a remnant of the Bonus Army that marched on Washington, were employed for highway construction in the federal work relief project. 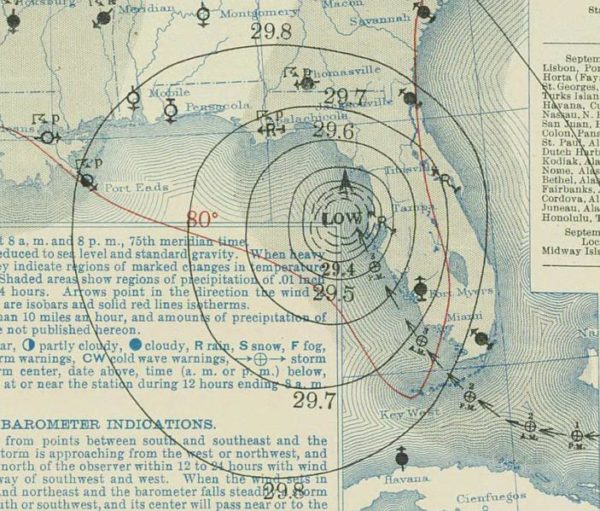 Look for my next Weather Briefing video here by 6:00 a.m. Monday…