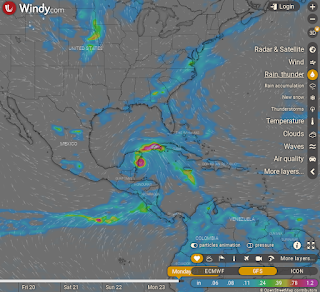 This is what all the fuss is about.

GFS repeatedly puts a tropical system in the Carib.

Run after run something develops.

The EURO shown below says no.

Not even just no but …”nothing to see here” 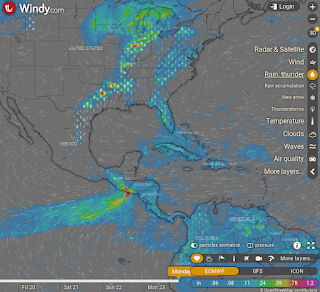 If anything the EURO flirts with the idea of something in the EPAC trying to form. EPAC season starts on May 15 so that’s not surprising. Long term GFS develops it’s system into a strong storm moving up into the Gulf of Mexico. I’m not going to speculate on such long term model discussion as it’s way beyond the realm of the 5 to 7 day. Something could develop or try to develop but the details will play out in real time.

Could such a system develop now in the Caribbean? Yes, if the shear there is not against it.

In times such as this I like looking at the normal 5 day and 7 day for signs of what may come after that. 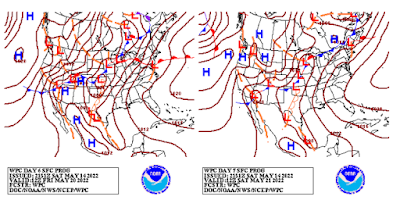 That’s one hell of a HUGE HIGH PRESSURE SYSTEM… and my thought is when does it let go and slide away as such a high would influence the track of any possible system. Often when you have such a huge system far to the North something can incubate down in the Caribbean.  And, I’ll add again what I said on Friday in that it’s common for some model to consistently develop a hurricane early in the season and then suddenly it goes poof and sometimes the other model latches on to it and that’s early season madness sometimes. 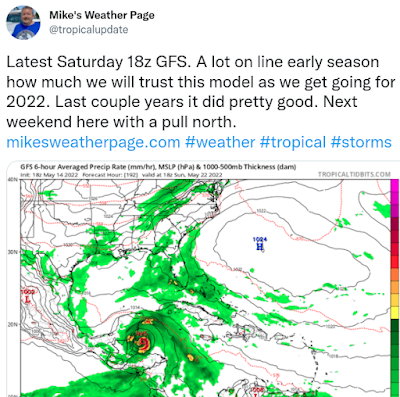 As Mike says…. GFS has been pretty good lately.

So this will be a test of sorts early on…

…to see if it sees something real or just a dream storm?