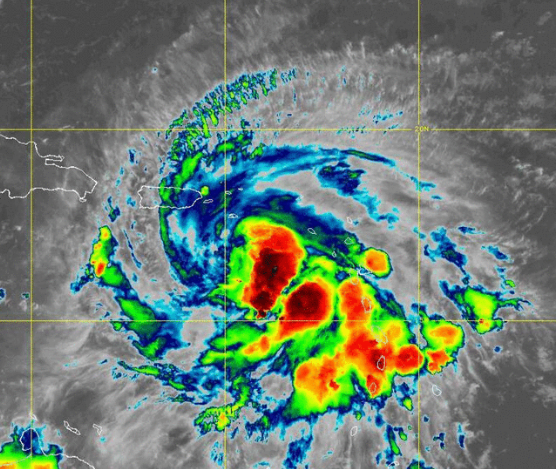 Getting that look circulation wise. 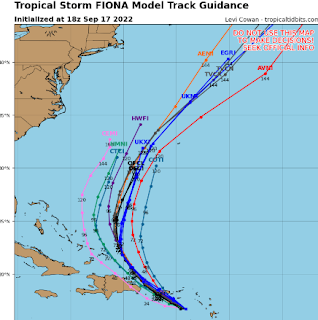 And I’m concerned on timing.

Fiona slowing down day by day. 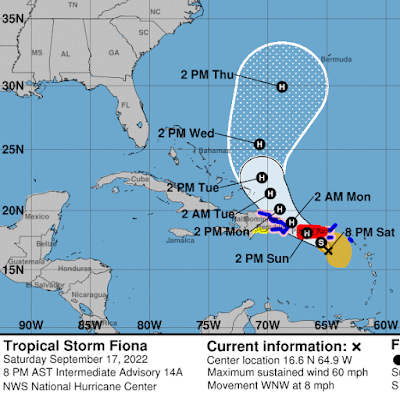 At 9 PM… Fiona looks like it has an eye. 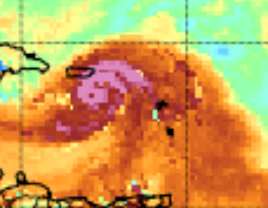 Hard to believe that’s an illusion. 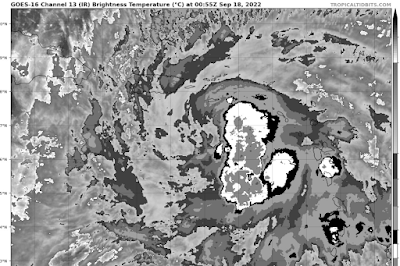 Going to not worry on it tonight.

If I was chasing it I’d be drinking….

…try and catch a center/eye in a messy system.

And, yet it’s forecast to be a strong hurricane…

..once out of the Caribbean.

… my graduated from UM.

So much confusion tonight.

Glad I’m not writing discussion at the NHC tonight.

It was a warm day today in Raleigh. If you were under a tree or in the shade there was a nice breeze, if not it felt hot. That time of year if you get up early it’s in the low 60s and feels like Fall but if you stay out too late in the day it feels like summer. Until we get real cold fronts that blast through we are in this up and down carousel and either way I’ll take it as I love the switchover to Fall. Football on TV and looping loops watching Fiona! IF Fiona came closer to OBX I’d go to the beach… but it probably won’t!

One of my kids asked me about the storm the other day with regard to somewhere in Mexico this weekend and I’m really glad I didn’t blow that one; erred on the forecast that it would make a turn no matter how crappy weak it was while it was pushing West. Another child flying out tomorrow to LA (no hurricane messing that up) wish I was with her because she’s gonna be in Beverly Hills 🙂 somewhere I like. This is that time of year, it begins with “I might go on a cruise and …” and I ask nervously “when? where?” while I stay here in the Carolinas watching Fall as leaves turn colors slowly here and we have a long Autumn that usually peaks in early November.  The State Fair is coming soon (advertisements everywhere) and locals always worry on cold weather or a hurricane. If there’s one season I like being in Raleigh it’s Winter, but my next favorite is Fall as you feel much more in the mood for Fall Food, Football and Pumpkin Spice Lattes! Still drinking frappes tho… but by State Fair time hoping it’ll be cold!

That pretty much is the question of the day here………

Strong cold fronts always up the ante on track solutions.

They swoop down grab the front and run for the End Zone somewhere East of Bermuda.

IF the front does something funky the track can get wonky and the front can fumble Fiona.

Currently we are betting on the front, but I’m not making more than a $2 bet.

When young I’d go to Jai Alai with my father and place 1 bet for $2.

I told you I’m not much of a gambler.

I only bet on sure things. 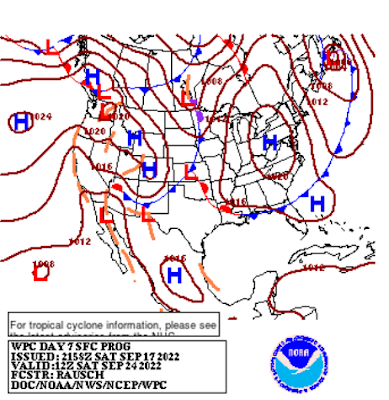 Many models and long term forecasts have Fiona in Canada, way up there. Interesting scenario that’s been talked about for a bit, water up in the North Atlantic warm enough to give Fiona way too much high octaine fuel. (Look at that cold front for next weekend for me!!) 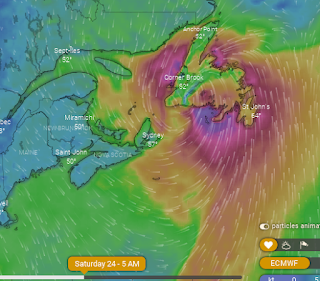 As for icyclone he’s down in the Carib.

Nice to see him on the road……

Trying to figure out where to meet the eye.

Euro has it to the left, GFS to the right. Meteorology is a science but it’s all math!

Will update 11 PM above.

Will see what daylight will bring.