On Friday evening, camera 3 of Greg Johnson’s wonderful Skunk Bay weather site captured an extraordinary lightning picture (see below), with the camera looking east over Whidbey Island from its location over the northern Kitsap Peninsula (see map below).

What is so amazing and unusual about this lightning?

Look how it starts at a single point at the surface and then fans out into multiple lightning channels as it rises.   It looks like something out of the movie Ghostbusters or some science fiction flick! 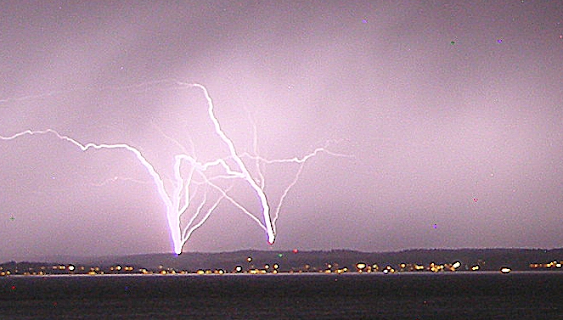 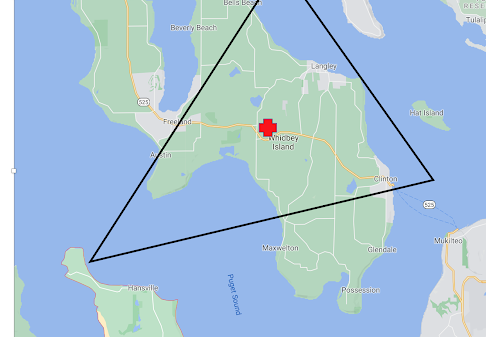 Most lightning does not look that this…. in fact, 99% of lightning hitting the ground does just the opposite, dividing into multiple branches as it approaches the ground from above (see samples). 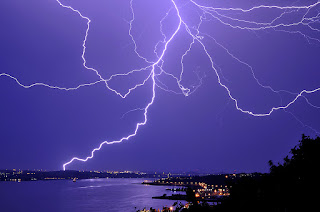 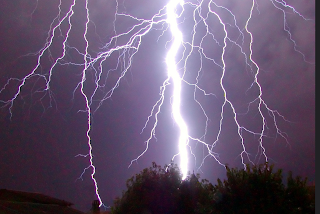 The lightning that hit Whidbey Island around 8 PM on Friday represents “upward-moving” or “ground to cloud” lightning.   Such lighting not only has a strong thunderstorm or cumulonimbus cloud above, but generally starts on some kind of high tower, itself often on a hill or higher terrain.

In the picture above (reproduced below) and with the help of Greg Johnson, we determined that the right-most upward lightning bolt came over off a big tower located at the red “plus” symbols.  If you look closely, you can see a red light at the top of the tower.  We are still working on determining the second tower location to its left. 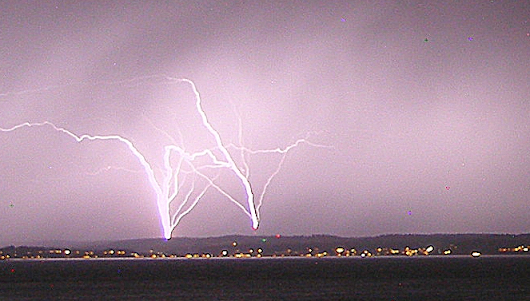 The radar image at this time (again, around 8 PM Friday) was impressive, with a very intense band of precipitation (red colors) extending across southern Whidbey Island. 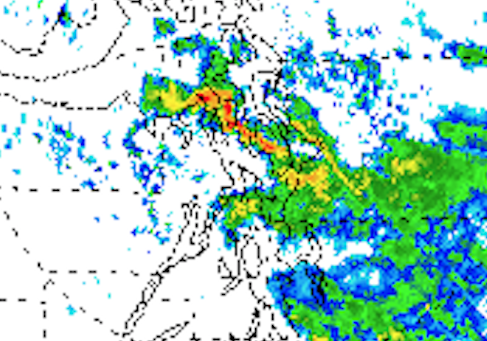 Inside that strong band, there was intense charge separation in the clouds that led to an increasing potential difference between the surface and the clouds.  The surface towers acting as foci for the breakdown of atmospheric resistance to this potential difference, leading to the upward lightning stroke.  Upward-moving lightning is rare and having a flowering upward spread like the above is even rarer.

But does happen, with another example being an example of lightning spreading  upwards from a transmitter tower in Slovakia: 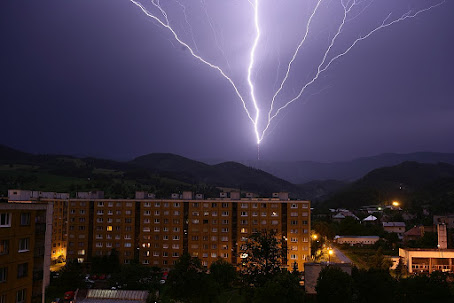 Next time you need to charge your electric car…you will know where to go…..