When he had that look in his eye….

He explained for days the MDR doesn’t pop in July.

June too soon, July stand by….. 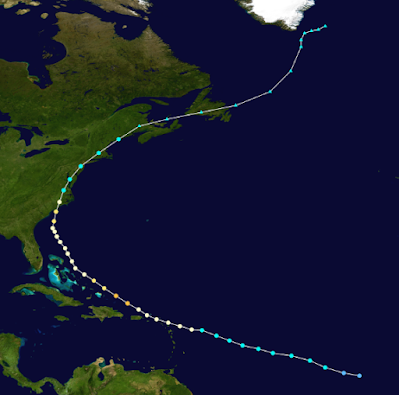 In Miami we thought FOR SURE it was coming straight for us!

It curved away and took aim in North Carolina.

Living in Miami I hated when they did that…..

I was young. Miami kids love or hate hurricanes.

My best friend and I had a pity party at the pizza shop!

Not much happens there so .. most love the excitement!

So know when it comes to models and the official beginning of the Hurricane Season…….

Which one are you?

Do you watch early models in June and think “maybe, it could happen” or “you’re saying there’s a chance” or you keep your head down and tell yourself the GFS is always nuts and spins up storms that never happen and the EURO is suddenly wonky and wrong and you refuse to believe in Santa Claus or the Easter Bunny or even Tinkerbell!! But, Bertha happened and so will others IF the aspects all align and the factors that help form hurricanes are more positive than negative.

Again meteorology is about mathematics as much as it is science and if you don’t believe me ask a mteorologist.

Positives and Negatives are simplistically seen below.

A long discussion on salinity you can read below.

Shear…is it there or not?

This Hurricane Season is forecast to be strong, hot and heavy and you should have already put together your hurricane kit and or made plans to evacuate should you live in a low lying area such as Charleston or Key West or Panama Beach! Also if you live on Miami Beach or East of I-95 in a Flood Zone where you are supposed to evacuate. Mind you most of Miami Beach went to Miami Shores inside the flood zone so that seemed strange but I digress. For Downtown Miami people if your street floods in an afternoon thunderstorm… GET OUT FAST!

Tomorrow is the Solstice……… either way you look at it tomorrow IS Summer 2022!

If you liked this blog you can thank Thor because he put me in the mood to write silly this morning, but when I say silly I mean silly on a serious topic while contemplating the Summer Solstice tomorrow. I have a family wedding in Atlanta this coming weekend. My husband is in Arizona and went to see the crater that made Winslow famous with my two stepkids and I spent the day sick in bed with what I think was food poisoning. As I woke up this morning “as if nothing happened” I’m going with food poisoning. My coffee this morning was incredible and I’m fine, fine, fine. I also spent the day discussing dresses, shoes and possibilities while tying not to get sucked into early wild models that show something is going form sooner than most meteorologists were say publically.

June is almost over, July is around the corner and I do believe July will be a July to remember tropically speaking followed by an August that will make people dizzy and by September no one will be saying “Remember September” but singing “make it go away!!!”

Don’t say I didn’t warn ya!

Please………please………prepare and make a plan to either evacuate or how to hunker down depending on your own stress level and specific flood zone. You can hide from the wind, but it’s hard to run from the water at the last minute when the causeway is flooded and it’s too late to leave!!

Enjoy the melodies, the music and Thor down below. Also there’s a PS on Salinity for you to read up on.

No jokes about the monkey please…….

another favorite song of mine.

Hit me hard while living in West LA (true)