A front is pushing through the state today, and for the most part it is has been a wet and stormy start to the day with widespread rain and storms across the state. 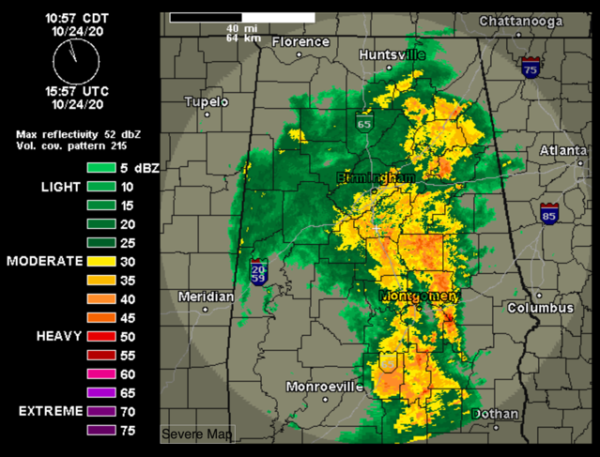 Many of us have seen a nice, soaking rain through the morning hours, but as we head through the afternoon hours, the rain and storms will continue to push east, and we will see the rain taper off from west to east through the evening. The rain should end completely across the state later tonight, with areas of patchy fog possible, and lows in the upper 50s and lower 60s.

DRIER TOMORROW: Tomorrow will be dry, but we will continue to deal with more clouds than sun, and temperatures pretty close to seasonal averages for this time of year. We should see highs ranging from the upper 60s to the north, with low and mid 70s or Central and South Alabama.

WARM MONDAY: The new work week starts off quiet with ample sunshine and warm temperatures as highs Monday afternoon will again climb into the low and mid 80s across much of the state. After Monday, the forecast for the week ahead all depends on the tropical system in the Gulf and approaching cold front. 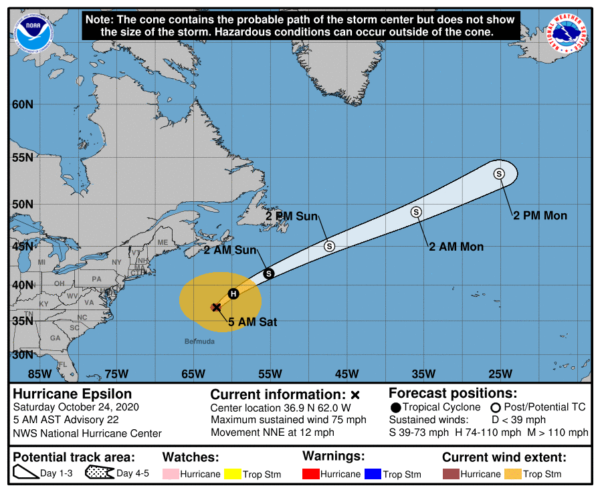 Maximum sustained winds are near 80 mph with higher gusts. Only slow weakening is expected over the weekend. Epsilon is forecast to become a large and powerful post-tropical cyclone on Sunday. Hurricane-force winds extend outward up to 60 miles from the center and tropical-storm-force winds extend outward up to 405 miles. The estimated minimum central pressure is 958 mb (28.29 inches).

ZETA SOONER THAN LATER: Satellite, radar and surface data indicate that a broad area of low pressure located just southwest of Grand Cayman Island is gradually becoming better organized, with a better defined wind circulation, increasing thunderstorm activity and falling surface pressures since yesterday. Environmental conditions are conducive for further development, and a tropical depression is expected to form within the next day or so while the low drifts toward the north and northwest. The system could move near western Cuba on Monday and move slowly across the southeastern Gulf of Mexico by Tuesday. Interests in western Cuba, the Florida Keys, and the Yucatan Peninsula should monitor the progress of this disturbance. A NOAA Hurricane Hunter reconnaissance aircraft is scheduled to investigate the disturbance this afternoon. Regardless of development, locally heavy rainfall will be possible over portions of the Cayman Islands, Jamaica and Cuba through early next week. Formation chance through 48 hours…high…90 percent. 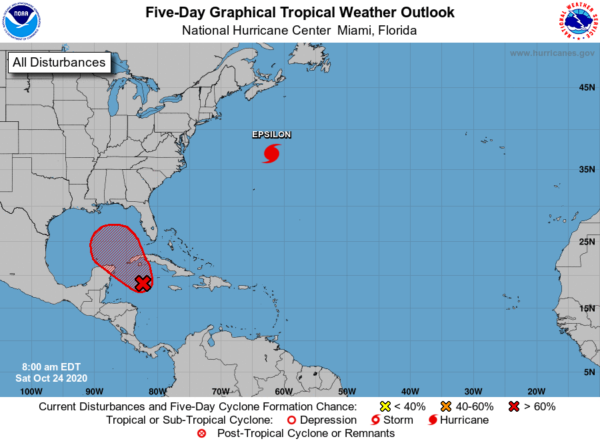 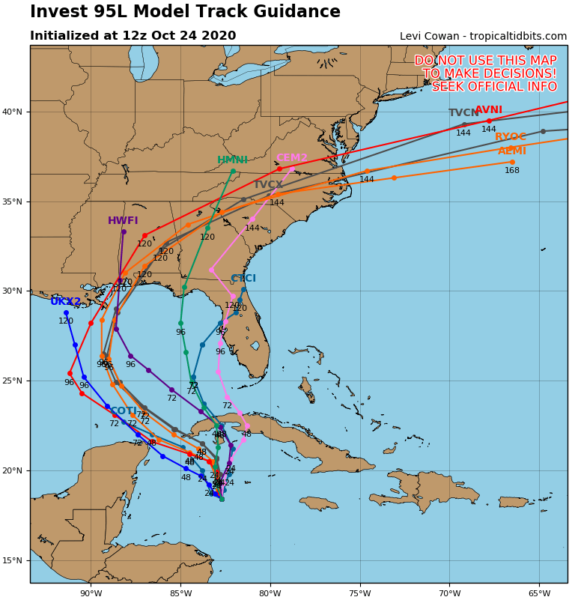 Now, it remains too early to know any specifics as the system needs to develop first, and then the models can handle it better. However, the models are pulling it north as an approaching cold front and trough will pick the system up and cause it to move north. Water temps along the northern Gulf Coast are below the 80 degrees so that would limit intensity of the system, but this system could certainly be a strong tropical storm making landfall somewhere on the Gulf Coast later this week. 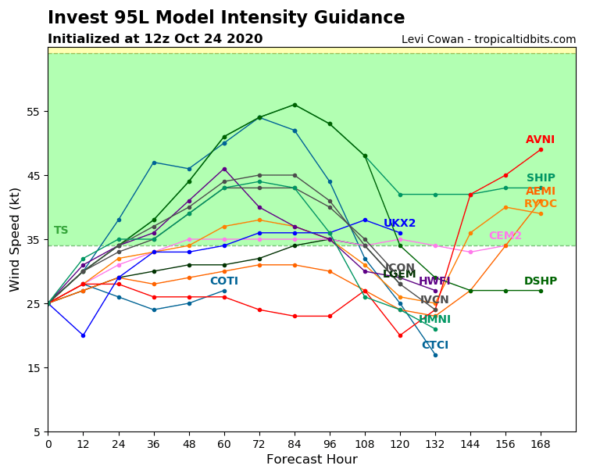 NEXT WEEK: Tropical system or not, we are going mention the chance for rain returning to the forecast Tuesday as a cold approaches the state. It looks like the better rain chances with this system will come Tuesday and Wednesday. Highs will be in the upper 70s and lower 80s. However, with the likelihood of a tropical system being thrown into the mix as well, we are certainly going to be watching a lot of changes in the forecast for the middle of the week. So we are going mention widespread rain and storms for Wednesday and Thursday as well. Again, way too early to know specifics on rainfall totals and possible severe weather, just know, the weather will definitely be unsettled for the middle of the week.

WORLD TEMPERATURE EXTREMES: Over the last 24 hours, the highest observation outside the U.S. was 113.0F at Pandamatenga, Botswana. The lowest observation was -76.0F at Dome A, Antarctica.

WEATHER ON THIS DATE IN 1947: The Bar Harbor holocaust occurred in Maine when forest fires consumed homes and a medical research institute. The fires claimed 17 lives, and caused thirty million dollars damage.