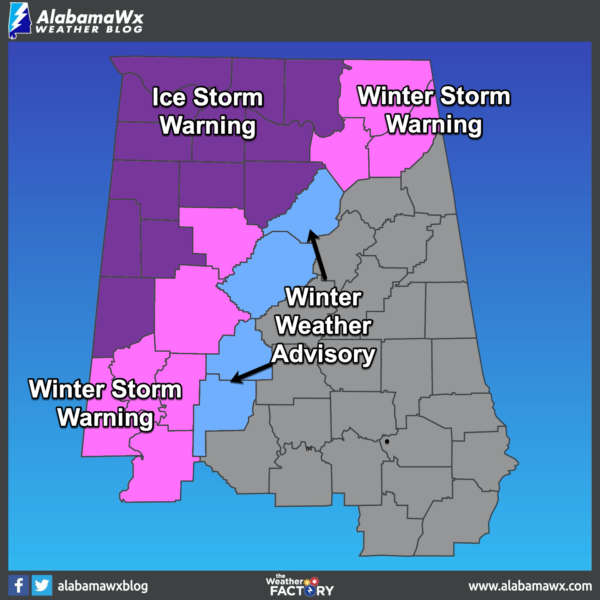 An ice storm warning has been issued for the counties in purple on the map, including Pickens, Lamar, Fayette, Marion, Winston, Colbert, Lauderdale, Franklin, Lawrence, Limestone, Madison, Morgan, and Cullman. It is in effect until 6 a.m. Tuesday. Up to 1/2 inch of freezing rain and 1 inch of snow and sleet is expected in the Ice Storm Warning area. Travel will be impossible by late morning and extended power outages will occur.

Winter storm warnings have been issued for the counties in magenta, including Sumer, Greene, Hale, Marengo, Walker, Tuscaloosa, Marshall, DeKalb, and Jackson. Ice accumulations between 0.10 and 0.30 inches are expected in the Winter Storm Warning area. Roads will become slippery to impassable and there will be isolated power outages and tree damage.

A Winter Weather Advisory is now in effect for the counties in blue including Bount, Jefferson, Bibb, and Perry, where rain may change to freezing rain and sleet before ending this evening. A glaze of ice is possible in these areas causing slippery roads. In addition, black ice will occur as the remaining moisture on roads freezes tonight.

Shelby County has been removed from the winter storm watch. Rain may change briefly to freezing rain or sleet this evening before ending, but no ice accumulations are expected. There could be dangerous black ice on roads late tonight and early Tuesday though in Shelby County and the rest of Central Alabama s rainfall left on area roads freezes overnight.

HARD FREEZE WARNING / WIND CHILL ADVISORY
Much of Central and North Alabama will experience a hard freeze by Tuesday morning, with temperatures between 8-22 degrees and wind chills in the -5F to 10F range. 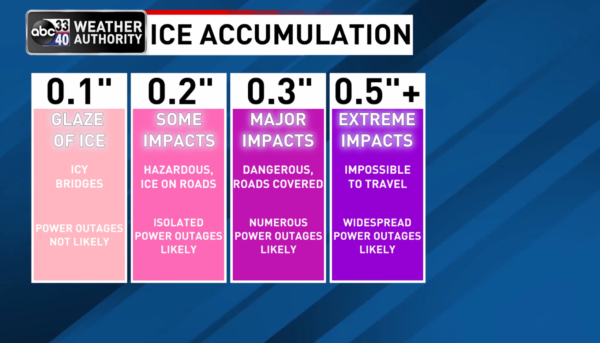 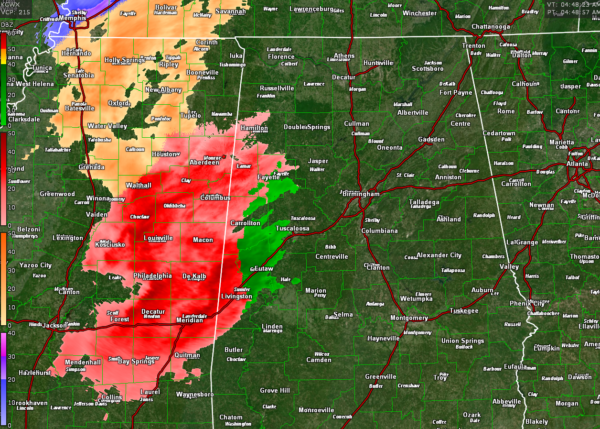 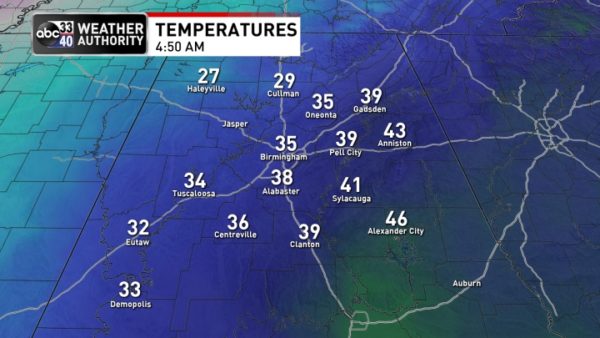 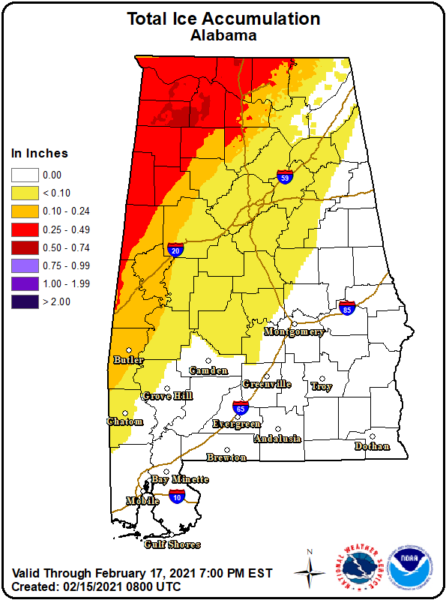