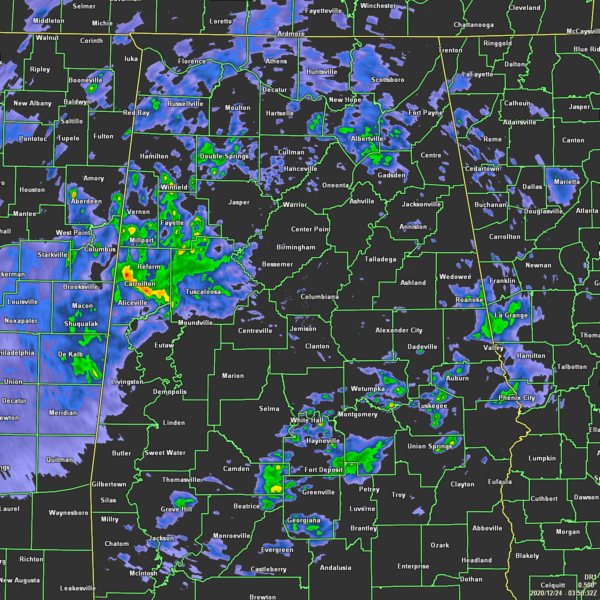 Winds have been relatively calmer than expected at this point, but some locations have seen gusts up to 20-25 MPH. Those winds are expected to continue to get stronger later tonight and through the overnight hours as the cold front gets closer.

Wind Advisories are in effect for all of North/Central Alabama until 12:00 pm Thursday. 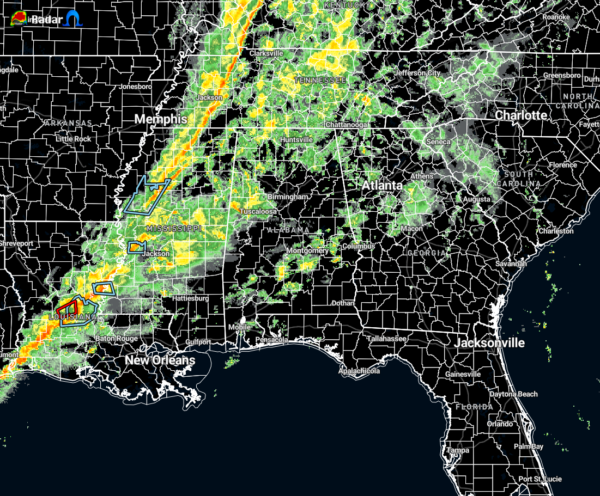 The main action remains to our west and southwest over the western half of Mississippi and down into eastern and southern parts of Louisiana. Several significant weather advisories are currently in effect in portions of Mississippi, while a tornado warning is in effect for parts of Rapides Parrish in Louisiana until 10:00 pm. 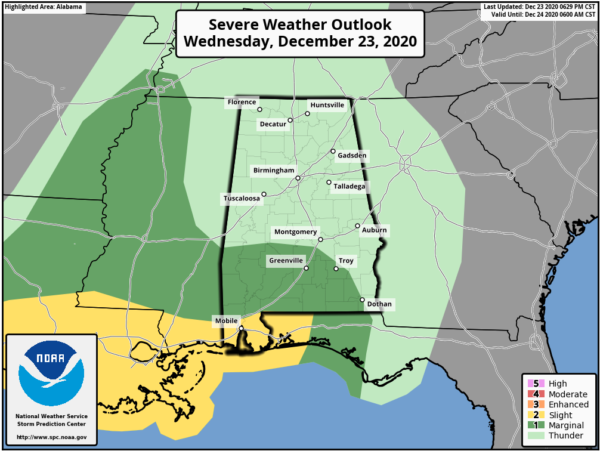 The Storm Prediction Center continues a level 1 Marginal Risk for locations along and south of a line from Myrtlewood and Thomaston (Marengo County) to Hayneville (Lowndes County) to just southwest of Clio (Barbour County). The main risk will be from the potential of isolated damaging wind gusts up to 60 MPH and the very small chance of a quick spin-up tornado.

While some thunder is possible with gusty pressure-gradient winds tonight and through the overnight hours, there is no current threat of severe weather over the rest of North/Central Alabama. Updates will be posted if needed, and warnings will be posted immediately after being issued.