Now, I understand why President Biden will not fire John Kerry. Biden suffers from the same level of global warming hypocrisy. 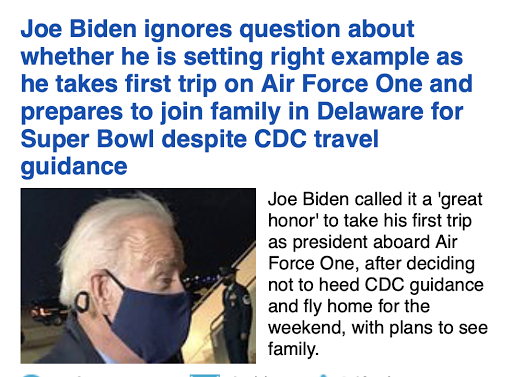 They don’t have a big-screen TV at the White House? He has to go home after just two weeks?

Assuming there is a good reason to make the trip, he could take the train if they didn’t announce it in advance. If they must announce it in advance, he could easily take Marine One which presidents routinely fly to Camp David (CD). Given Marine One is the same model helicopter is used by the Coast Guard for long-range sea rescue operations, the distance to Wilmingon (Wilm) should be very doable (below). 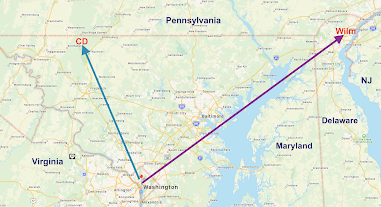 The idea that President Biden and climate czar Kerry should be telling us to cut our carbon usage while they have gargantuan carbon footprints is beyond absurd. Dr. Glenn Reynolds says it best:

I’ll believe global warming is a crisis when the people telling us it is a crisis start acting like it’s a crisis.