Temperatures stay above average through Tuesday, but there is a one-day dip in the amount of central Indiana sunshine today, thanks to a trough moving through the upper atmosphere.

A new “drought monitor” is released today, and it should show some improvement for Central Indiana, after the inch of rainfall last Thursday, which capped four days of at least some precipitation. No measurable rainfall so far in November. Our next change is Tuesday and Wednesday, and one-half to three-quarters of an inch could fall then. 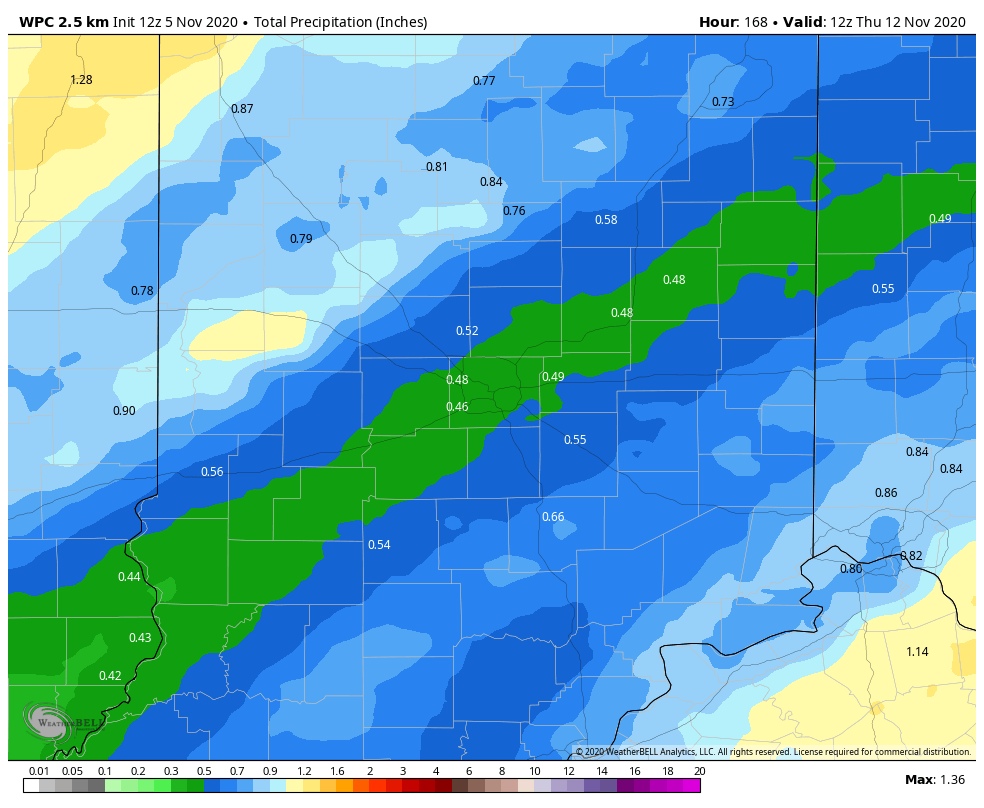 Follow these links to get my forecasts for Lafayette, Muncie, Hendricks County, and Hamilton County. My Huge Radar has real-time weather tracking, current temperatures, and severe weather watches and warnings. (Some charts via WeatherBELL.) 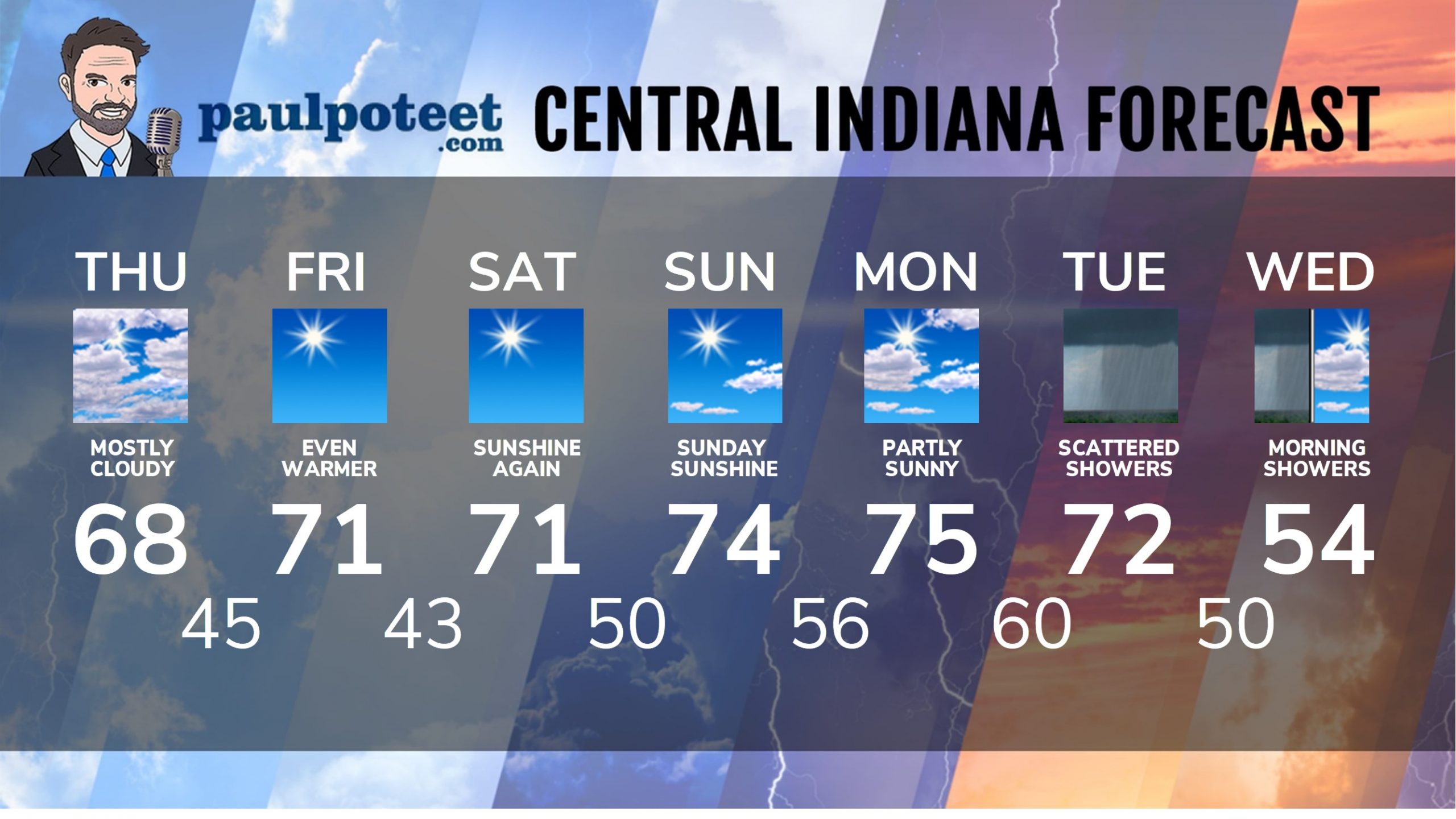